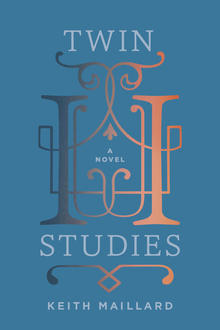 Where in Canada: Vancouver, 2010 Olympics in Twin Studies

Keith Maillard’s Twin Studies (Freehand Books) is a novel about the intertwined stories between three sets of twins that author Jen Sookfong Lee calls "deliberately written, fiercely inventive, and unflinching." Set during the 2010 Winter Olympics in Vancouver, Twin Studies pulses with the spirit and energy of Vancouver, embracing the city's contradictions and complexities.

Twin Studies, a deliciously long and epic novel about gender and identity, wealth and class, is set firmly in the strange, contradictory world of West Vancouver – one of the wealthiest neighbourhoods in Canada. Here we’re introduced to Karen Oxley, a Lululemon-wearing, yoga-enthusiast soccer mom who kept her glass-and-concrete West Van house with the breath-taking view in her divorce settlement. But like in many impossibly beautiful neighbourhoods, not everything is as it appears: Karen’s 12-year-old twins (one raised with Karen, one raised with her ex) have threatened to commit suicide if they’re ever separated again.

Maillard’s West Van is populated by people who think nothing of ordering in sushi multiple times a week, who are extremely aware of the value of their own real estate – and yet they aren’t caricatures or the stereotypes they might initially appear to be, either. The book is aware of the great privilege of its characters and the world that they inhabit, and talks about money frankly, in a way that is rare in contemporary literature. As iBooks says, “Maillard’s generous affection for his characters is matched by his vividly real depictions of Vancouver. His fascinating exploration of wealth, class, and gender fluidity reads like a 21st-century Canadian version of Dickens’ London novels.”

Twin Studies is set in a very specific time period: over the course of one year, August 2009 to fall 2010. At this time, Vancouver happened to be in the world’s spotlight, while they hosted the Winter Olympics. As one character in the book writes, “[These Olympics are] supposed to be ours so it is ironic how many people have left town” – many Vancouverites who could leave Vancouver did, to avoid the commotion, traffic, and what many criticized as a police-state-like environment.

Recently, Maillard celebrated with a book launch party at the Silk Purse Arts Centre in West Vancouver. There were a number of reasons to hold the celebration there – it’s a lovely space, supportive and welcoming of artists – but perhaps the most important reason was that it’s within site of the pier at Dundarave, a pivotal location in Twin Studies. It’s a place where a younger Karen has an epiphany – where she knows precisely, exactly what to do next – and yet she does not do it. In many ways, Karen’s journey in Twin Studies is about coming to terms with that decision, and making a deliberate choice of what to do next. The characters in Twin Studies return to this location several times, each adding a new layer of meaning.

Twin Studies is so firmly a Vancouver book – and specifically a West Vancouver book – that it’s next to impossible imagining it taking place anywhere else. It’s a book that embraces the contradictions and complexities of this city – the almost impossibly bright magnificence of sunny days that almost makes you forget anything could possibly be amiss; the gloomy relentlessness of the drizzly grey that exposes the city’s darker side. A book that celebrates beauty without sugar-coating reality.

Keith Maillard is the author of fourteen novels, including Two Strand River, Gloria, Difficulty at the Beginning, and Twin Studies. He has won the Ethel Wilson Fiction Prize and has been shortlisted for the Commonwealth Literary Prize and the Governor General’s Award. Keith was born and raised in West Virginia and has spent most of his adult life in Vancouver, where he teaches creative writing at UBC.

Thanks so much to Kelsey Attard at Freehand Books for sharing Twin Studies with us. For more Where in Canada, click here. 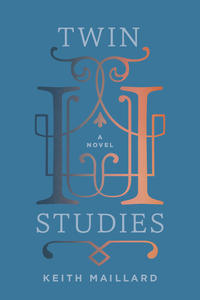 July 21, 2016
Recreational Reading for Your Kids: A Spring Preview