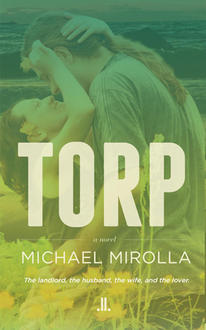 Where in Canada: The Vancouver of Michael Mirolla’s Torp

Torp takes place in the Vancouver of 1970—or at least an approximation of that Vancouver as interpreted through the prism of a specific story line and set of characters. 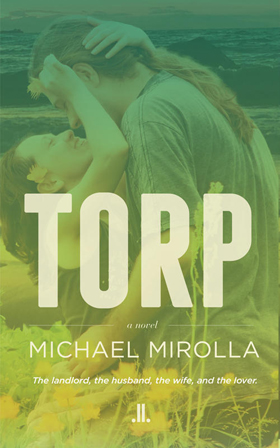 Born in Italy, and arriving in Canada at the age of five, Michael Mirolla divides his time between Montreal and Toronto. He’s a novelist, short story writer, poet, playwright, and publisher. His publications include the two previous novels, two short story collections, and two collections of poetry. His short fiction and poetry has been published in numerous journals in Canada, the U.S. and Britain, including several anthologies.

Torp takes place in the Vancouver of 1970—or at least an approximation of that Vancouver as interpreted through the prism of a specific story line and set of characters.

No matter the prism, however, the Vancouver of more than forty-five years ago is most definitely not the Vancouver of today, confirmed by a recent visit to the city where I spent two years as an away-from-home writer-scholar in 1969-71. There was a grittiness to the city then that seems to have been swept under the artificial condo carpets of today, pushed aside by the towering skyline that has crowded everything else into submission.

There was a noir feeling to the city in 1970—a feeling enhanced by seemingly ever-darkening skies and wind-swept rain—and most pronounced along the intersection of Hastings and Main. A modesty and laidback-ness that allowed the city to live up to its nickname as Lotusland North.

Or perhaps, it’s just that my graduate student’s eye saw what it wanted to see and paid little attention to the rest. The swirl of False Creek’s multicoloured, oily surface, wherein could be found reflected the soot-covered factories and garages lining its edges; Gastown as a refuge for the homeless and the down-on-their-luck awaiting for some miracle to take place; Wreck Beach serving as a playground for both the new breed of sun and body worshippers and the last remnants of the peace and love generation; Stanley Park with its thick forests and foggy view of Lion’s Gate Bridge, ephemeral, hovering in the distance, like something out of a Chinese watercolour, as if disconnected to any land mass; the University of British Columbia campus, trying to lift its academic skirts in the hope of becoming more relevant to the late twentieth century after a lifetime of staidness and stiff-upper-lip-dom. Those were the landmarks that caught my attention in 1970 and those are the landmarks through which Torp views the city.

It was a Vancouver on the cusp of overheating but it hadn’t yet lost a small-town feel along its outskirts: the outlying streets lined with Japanese cherry blossom trees, pink and red outbursts in February’s gloom; pedestrians holding out their arms and boldly crossing wherever and whenever they felt like it—with vehicles coming to a halt (most likely squealing) to let them pass; long-time (even generational) neighbours talking/gossiping/arguing over aged and often warped wooden fences; outdated and mostly incapacitated fishing boats bobbing like hopeless vagabonds in the harbour, waiting for the next golden age of Pacific Ocean bounty to fill the holds.

And then, of course, surrounding it all, the pristine, white-capped, god-like mountains looking down on the mere mortals going about their daily tasks. These mountains came to stand for many things, depending on the mood of those looking up at them: hope in the eyes of those seeking ways out of self-imposed traps, always a new journey and destination; longing for the romantics who believed that these mountains contained all they wished for, the reaching for a higher plane of existence; despair for the weary who saw the same thing whether they looked up or down—a mirror image of the unattainable.

This is the Vancouver I wanted to invoke, the basic and unique bones of the city that I could then overlay (and somewhat warp) with the characters and plot line from Torp.

Thank you to Linda Leith for connecting us with Michael, and to Michael for sharing his version of Vancouver with us.