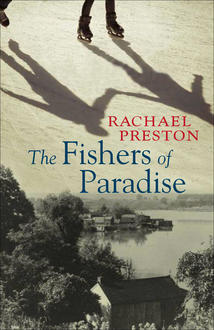 Cootes Paradise is a large, ecologically important wetland at the western tip of Lake Ontario, along the western shores of Hamilton Harbour/Burlington Bay. Follow the Fisher family in this historical family drama set against a time of great change in this Canadian neighbourhood in The Fishers of Paradise.

See more details below
Tagged: The Fishers of Paradise, Where in Canada, Wolsak and Wynn, Rachael Preston 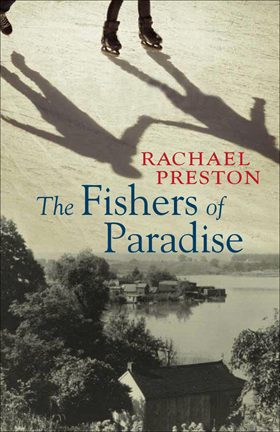 Rachael Preston is the author of three novels, Tent of Blue (Goose Lane Editions, 2002), The Wind Seller (Goose Lane Editions, 2006) as well as The Fishers of Paradise, which was originally self-published in 2012 and won the Kerry Schooley Award for the book that best represents Hamilton. Originally from Yorkshire, England, Preston now lives in Departure Bay, Nanaimo, BC.

Cootes Paradise is a large, ecologically important wetland at the western tip of Lake Ontario, along the western shores of Hamilton Harbour/Burlington Bay. Named after a British naval officer, Captain Thomas Coote, who spent the better part of the 1780s hunting the area’s abundant water fowl, Cootes Paradise is now a nature preserve owned and cared for the Royal Botanical Gardens charity.

During the 1920s and 30s, when a depressed economy and the damage of the First World War left many struggling and displaced, Cootes Paradise became home to a boathouse community – a slapdash neighbourhood of a few hundred people who survived mainly by fishing and hunting in the marsh. Toward the latter part of the 1930s, when Hamilton Councillor Thomas McQuesten and other prominent citizens launched the City Beautiful Movement to gentrify Hamilton’s north-west end, their first order of business was to get rid of the “marsh rats” at Cootes Paradise.

It is into this pregnant historical moment that Rachael Preston inserts the Fisher family: seventeen-year-old Egypt, on the cusp of womanhood and yearning for independence; her mother, Laura, desperately trying to keep her household afloat, both figuratively and literally; five-year-old Aidan, whose idyllic childhood is soon shattered by tragedy; and ne’er-do-well, Ray, a husband and father absent for six years and suddenly back with big plans for his family.

What unfolds is a captivating story of secrets, lies, and the search for redemption. And “it’s the story,” according to John Terpstra, “that makes Rachael Preston’s novel truly irresistible.” In fact, he says, the book’s “real setting … is in the lives it selects from out of that small, intertwined population, in their rising and falling, sinking or swimming.”

Project Bookmark Canada must agree, because today (June 9) they will unveil Bookmark #16, honouring The Fishers of Paradise and the historical landscape that inspired it. The plaque will be located on the Desjardins Trail, which skirts the area once occupied by the boathouse community at Cootes Paradise.

Thank you to Wolsak & Wynn, especially Emily, for sharing The Fishers of Paradise and this unique Canadian neighbourhood with us. If you love reading about different places across Canada, read our past Where in Canada posts here. 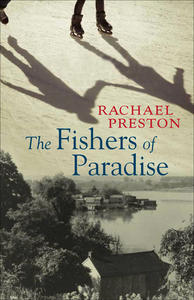 Fishers of Paradise, The