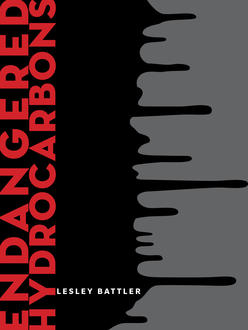 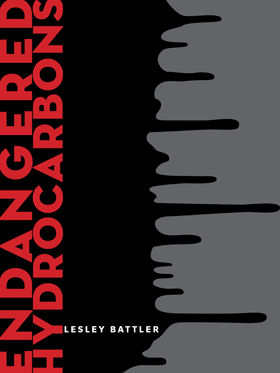 Born in Barrie, Ontario, Lesley Battler’s work has been published in Alberta Views, Arc, Contemporary Verse 2, dandelion, filling Station, Matrix, Other Voices, PRISM international, and west coast line. She won the PRISM international Earle Birney Award (2012), and the University of Calgary Poem of the Season Award (2009) for a poem that became part of Endangered Hydrocarbons. Battler received an MA in English from Concordia University, and currently lives in Calgary, where until recently she worked in the petrochemical industry.

So here I am, somewhere in the nowhere of the Western Canadian Sedimentary Basin, between Calgary and Drumheller. In the car is a GPS, a satchel full of logs, geological prognoses, an iPad full of apps that measure rock type, thickness, age, continuity, areal variability, porosity and permeability.

This ancient sea bed has been put to work. Crops, cattle, service towns. A battalion of trucks rumbles by; Exalta Transport, Acropolis Steel, Spartan Controls. Pipes, cables, boreholes, pumps. All manner of extraction devices measuring earth’s pulse in BPU (bitumen per unit). Meanwhile, when the wind lets up, I can hear the incessant ksshk-ksshk of pumpjacks at worship.

Fields soar into the distance like runways straight out of Chariots of the Gods. Mountains appear again, this time dressed in jester’s hats. If nothing else, I’ve learned there’s nothing more ephemeral than mountains. Sometimes every crevice is etched in snow, other times they dissolve into a luminous wave as if the world had just been created.

The road lopes along with the telephone lines and railway tracks. Signs only point east or west. Calgary is vaguely west, but only if you have enough faith. On my left, a drilling rig is poised for blast-off. Cape Canaveral in the middle of the rolling prairie. 5-4-3-2-1. An abandoned barn crests a swell of land. Hussar shimmers into sight like the port of a fictitious city, then drops back as if it never existed.

I’ve never felt so alone, wonderstruck and free in my entire life. And I know I must resurface, if for no other reason than to write about this place. Here, everything shape-shifts, fields plummet into coulees, vast reaches of sky-land turn into oceans and clouds build structures as layered and unpredictable as rock formations. Most of all, there is the constant tension between the measured, industrialized province and its archetypal prehistoric “unheimlichness.” These shifts, time warps and contradictions, along with my own ever-changing emotions about this province, are my poetic reservoir and I doubt Endangered Hydrocarbons could have been written anywhere else.

Thank you to Lesley Battler for sharing her Alberta with us, and to Hazel at BookThug for connecting us! 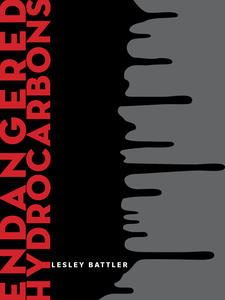