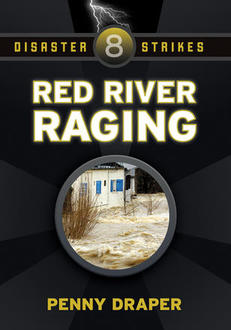 Where in Canada: The Disaster Strikes! Series

Today's Where in Canada is also a When in Canada: we feature Coteau Books author Penny Draper and her Disaster Strikes! historical fiction series for preteens. These great books examine natural disasters from Canadian history through the eyes of a 12-year old, and are enjoyed by children and adults alike. 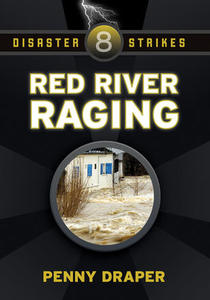 Award-winning author and storyteller Penny Draper was raised in Toronto, educated in Switzerland, and started her career by telling stories from inside a bear’s belly. Now living on the West Coast, she likes to write stories that ask kids of all ages one not-so-simple question: if disaster struck, what would you do?

The Canadian psyche, no less than the Canadian landscape, has been shaped by disaster. The elements have repeatedly thrown us into chaos, shattering lives in an instant. And in that instant, story happens. Tragedy, comedy, serendipity, hope and despair overtake all else. The stories take us to a time out of time, with all rules suspended and outcomes uncertain. And we can’t help but imagine ourselves in the story. What would I do if it happened to me?

Now imagine that when water, wind, rock or fire devour your home, you are only twelve years old.

Aimed at readers aged 8-13 but avidly followed by adult history buffs, the Disaster Strikes! series is historical fiction that places young protagonists at the centre of real Canadian disasters. Often cut off from adult help, these characters have some tricky decisions to make. And within the safe haven between the covers of the book, readers can practice their own decision-making skills. As parents, we try hard to protect our children from all harm, but it could be argued that we do them a disservice. Developing coping skills takes practice.

Draper has chosen disasters that span a century of Canada’s history and range from coast to coast. Meticulously researched, each story is followed by a section of author’s notes, described as “the fun bits that didn’t make it into the book.” Including such things as why lighthouse keepers went mad, how to make blackboard chalk, the cultural history of the Canadian werewolf, and Babe Ruth’s first home run, the outtakes make for fascinating reading. More important, however, is the cultural context of the disaster itself. Each book immerses the reader in a specific time and place in Canadian history, such as the outports of Newfoundland at the start of the Great Depression or the home children and suffragettes of 1912 Saskatchewan.

As part of her research, Draper used the ‘disaster question’ in casual conversation. “I write about Canadian disasters. Do you know of any?” The responses pointed to a local/national disconnect. Every individual knew of a particular disaster that had occurred near the place where they grew up, but no one had heard of any of the events mentioned by others. Even though disasters create national change, awareness is often local, which is a wonderful excuse to write a book. Or books.

Test your knowledge of Canadian history. The date after each title is the date of the actual event. Can you guess the disaster?