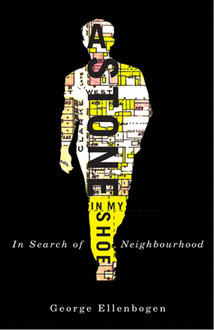 Where in Canada: Strolling around the Plateau Mont-Royal

A Stone in My Shoe is a celebration of Montreal's dense low-income downtown immigrant neighbourhood of the author's youth. Known today as Plateau Mont-Royal, for the first 50 years of the last century it was home and cultural crucible for a critical mass of Jewish immigrants large enough to support its own Yiddish theatre, daily newspaper, and a hospital and other institutions.

See more details below
Tagged: Stone in My Shoe, George Ellenbogen, Where in Canada, Vehicule Press 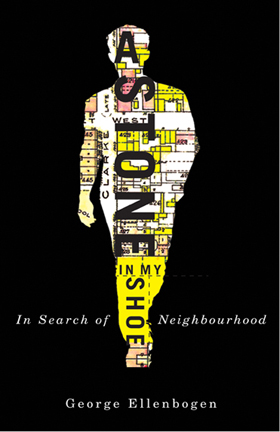 A Stone in My Shoe: In Search of Neighbourhood (Véhicule Press, 2013)

A Montrealer by birth and upbringing, George Ellenbogen is the author of four books of poetry, most recently Morning Gothic: New & Selected Poems. His poems have appeared in several anthologies, and in magazines such as The Literary Review, Partisan Review, Boulevard, Revue Europe, and Queen’s Quarterly. His books have been translated into German and French and he is featured in a documentary film, George Ellenbogen: Canadian Poet in America.

A Stone in My Shoe is a celebration of Montreal’s dense low-income downtown immigrant neighbourhood of the author’s youth. Known today as Plateau Mont-Royal, for the first 50 years of the last century it was home and cultural crucible for a critical mass of Jewish immigrants large enough to support its own Yiddish theatre, daily newspaper, and a hospital and other institutions. At one point, Jewish enrolment reached over 90% in the Protestant School Board’s Baron Byng High School. The school’s graduates, a Who’s Who of Canadian society, included judges, actors, chemists, politicians and writers such as Mordecai Richler, Irving Layton, A.M. Klein, and George Ellenbogen.

Writers do not always write the book they intend to. Poet George Ellenbogen planned to write about his Montreal past of the 1940s and 1950s, a collection of anecdotes and descriptions of his immigrant family. What he ended up with was a discovery of neighborhood rituals that sustained him and his family, as it sustained thousands. The discoveries rippled outward.

What surfaced—the markers of his parents’ navigation in a new world and his own childhood and adolescent experiences in Montreal’s Jewish neighborhood—extend to us all, ethnic and native. They became part of the map in which we recognize our own unique trajectories into childhood, adolescence, adulthood. To his credit, Ellenbogen successfully avoids the pitfall of excessive nostalgia. In his words: “Although my old Montreal neighbourhood meant much to me as I grew into adulthood, and means much to me now, I was celebrating more than nostalgia. The separate montages that emerged, and the images they engendered, whether a picture of Jewish children singing “Silent Night,” brothers picking berries in the Laurentians, children riveted to the exploits of Rocket Richard on the radio, became portals that opened to one larger montage, in which there was an unceasing call for belonging, neighbourhood, community.”

A Stone in My Shoe is an eloquent portrayal not only of the author’s formative years, but a loving tribute to the rich tapestry of a unique city. George Ellenbogen has written his memoir with the eye of a poet and the heart of a natural storyteller.

Thank you Maya at Véhicule Press for sharing this story of a one-of-a-kind neighbourhood with us.