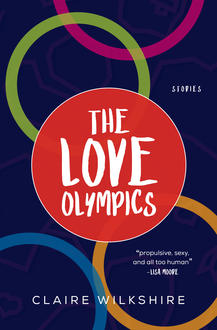 Under the Cover: The Love Olympics

The Love Olympics (Breakwater Books) by Claire Wilkshire is a collection of short fiction set in St. John’s. In this week's edition of Under the Cover, Claire shares how she began researching for the book by creating a fake profile on a dating site and then realizing anyone could decide what they wanted to be and could create that person in the answers.

There’s a story called “Dating” in my collection of short fiction, The Love Olympics. In it, Kimberley finds her husband has been having an affair. She gives him the push and tries online dating.

I’ve been in a long-term relationship since approximately the late Victorian era, and before that I was in another one, so I can’t really remember being on a date. In order to find out what dates are like, I was forced to ask intrusive personal questions of friends, which I quite enjoyed, but they immediately began looking wary and were surprisingly (and, I thought, unnecessarily) protective of their intimate liaisons. For some reason, they didn’t want to tell me everything they’d got up to. This baffled me, since it was just research, more or less in the name of science, and god, I’d have changed their names. Or at least their last names.

I was going to have to figure this out myself. I created an online profile. (Husband: “You did what?”) I had to answer all the questions. The questions are hard. They’re much harder than you’d think. I didn’t use my real name; I didn’t use a photo, and after two days I felt guiltily voyeuristic and took the profile down, but by then I had the information I needed.

I wanted to know what it looked like in there. What people’s profiles look like. What people say, exactly, when they message each other. There’s no point writing something like that without knowing what it’s actually like. It’s a leap of faith, signing on to a dating site: you’re exposing yourself, making yourself vulnerable. It’s really brave. And I especially loved the idea that you could decide what person you wanted to be and you could create that person in the answers, and then you could become them. You could say you had a parrot and then go and buy one, and all of a sudden you’d be a person who had a parrot. Transformation!

Then there was the ziplining.

Kimberley is terrified of heights, but she decides she can become a person who does ziplining. Originally, I’d skipped right over this. Kimberley signed up for the ziplining and it was assumed to have taken place, and we were on to the next scene: done. Then I got my editor’s notes back: “There is much build up to the ziplining. But then the story steps over that episode … What about the ziplining?”

Goldarnit, I was going to have to write about ziplining. About which I knew nothing. I’m not a good ziplining candidate. I’ve had panic attacks on planes and in other altitudinally unfortunate locations. So I watched a lot of YouTube videos. I read TripAdvisor comments about ziplines hither and yon. I watched, repeatedly, the YouTube video of the Rick Mercer Report in which Rick Mercer and Tom Mulcair do the Petty Harbour zipline. They pull it off with aplomb. And ultimately, I felt like a fraud. I had no idea if I could do it or not, if I’d get to the top and say I’m going back down or, just possibly, Oh, okay. I emailed the company asking if they were taking bookings. But COVID was here, and they were closed. (Phew!) So that was it. I had to get the edits done; COVID didn’t go away; the book came out.

I don’t know whether I’d have been too afraid to zipline. Kimberley is braver than I am. But I’m still thinking about the parrot. Last night I was clicking on parrot photos online, looking at the pros and cons of different breeds. It was a lot like being on a dating site. 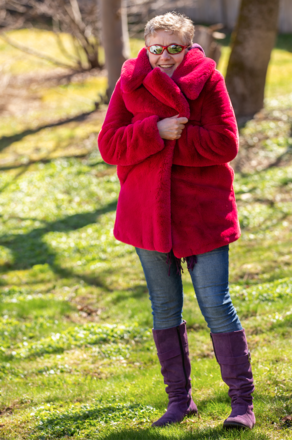 Claire Wilkshire is a writer, editor, translator and teacher living in St. John’s with her husband, writer Larry Mathews. They have two adult children. Maxine (2013) is Claire’s first novel. Her short fiction has appeared in publications such as Grain, the New Quarterly, Event, and the Fiddlehead. She’s a founding member of the Burning Rock writing group.

May 6, 2022 by Anvi Hoàng
A Mature and Intelligent Period of Grieving: On Death and Humour in Writing

February 11, 2020 by Fawn Parker
What Would the Avengers Read: A Superhero Book List

May 14, 2018
Poetry Cure: The Size of a Bird by Clementine Morrigan