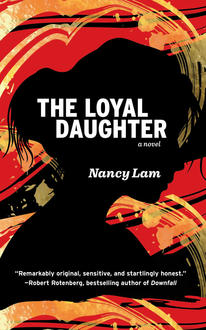 Writer Nancy Lam shares with us how advocating for her parents turned into advocating for immigrants in general in her capacity as an immigration lawyer, and then that going full circle; incorporating her mother's stories and struggles as a new immigrant to Canada into her novel-in-stories,  The Loyal Daughter (At Bay Press).

See more details below
Tagged: The Loyal Daughter, Nancy Lam, Under the Cover, At Bay Press

It’s a chicken or egg situation. My mom and dad’s migration to Canada subconsciously led me to practice immigration law and the practice led me to write about my mother’s immigration story.

I had just left a job with a corporate entity where I had learned a lot because I went to court from the minute I started. There I learned I loved court work – the opportunity to convince juries and judges to see things through my lens, or the way my client wanted or needed it to be seen. It was storytelling. As much as I enjoyed the work, for many reasons, the job became unfulfilling, unsuitable – for me.

I questioned whether I was disenchanted with the law, an early career crisis, or it was just the circumstances. In my head, I played with the idea of trying to somehow write for a living, but I had no idea how that would result in paying my bills.

This is when I started my own practice. To make ends meet, I worked as a per diem criminal duty counsel, which meant I went to court and helped people who didn’t have lawyers. I connected with a slew of amazing lawyers who had clients with not only criminal but also immigration challenges.

Suddenly, I was attending immigration courts to get clients out of jail and filing applications to get or “fix” their status in Canada. I was communicating their stories to judges and immigration officers because they couldn’t. What I had done naturally for my parents, acting as a link, a voice for them, when they were unable to communicate their needs or goals, mostly due to language barriers, I was now doing for clients. It was easy for me to imagine my parents in similar vulnerable situations. Something clicked into place, and it felt like a natural segue.

I realized I did like practicing the law when I was able to see the tangible positive impact I had on people’s lives. Slowly, I built my practice, helping people and corporations with all sorts of immigration issues. Even when it’s a corporation, there are always people involved, and it’s the personal stories about individuals which intrigue and stay with me. Even if I forget the specific name, once I work on a case, I carry the stories with me.

The work is satisfying because it matters to people. Most of my clients are not famous or high-profile but the fact that they and their families are or will be coming to our country means they are a part of Canada, part of our collective history. It’s hard not to draw parallels between my work and my parents’ immigration journey.

The desire to record our history, their story, nagged me. I started to write notes before Mom got sick. After she died this desire became a need. I wrote what I was thinking, what I remembered, how I felt to purge myself of the pain; it was like a release valve. But the writing sessions were draining - at times I was angry, other times I was amused – but regardless of the memory, the process often left me in tears, not necessarily because it was sad but because it was so raw. And for that reason, I often stopped writing.

The struggles of the actual writing are a story for another day but after I read more of Alice Munro’s books, and re-read Amy Tan’s The Joy Luck Club, I realized it was easier both literally and emotionally to organize mom’s life into long short stories, bite-size. As the stories took shape, the voices of three characters stood out, mother, daughter, and granddaughter.

I found myself editing and rewriting constantly; to the point that I wasn’t sure if my edits were making it better or worse. The fear was I would never do the story justice. I heard Mom’s voice scoffing at my efforts, telling me I got it wrong or to quit wasting my time. But after seven years, I’d invested too much effort, too much time, to stop. The manuscript started to really take shape after I worked with Lara Hinchberger and Douglas Whiteway. They helped turn it into a book, The Loyal Daughter, which I hope readers will enjoy and be inspired by to record their own family histories.

And wherever they may be now, I hope my parents will find the book satisfactory.

Nancy Lam is a Toronto author. As a child and teenager, she lost herself in stories by Canadian writers, in university she majored in Canadian History to earn a Bachelor of Arts before acquiring her law degree. As an immigration lawyer she now helps prospective Canadians write and present their life stories to government officials. Her first novel, The Loyal Daughter (At Bay Press, Fall 2022) is based on her mother's immigration story to Canada. 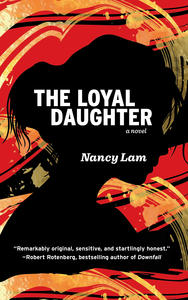