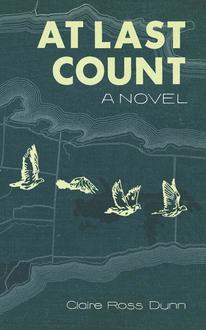 Under the Cover: At Last Count

Veteran screenwriter Claire Ross Dunn shares how the real-life story of growing up with OCD became the backbone of her debut novel,  At Last Count (Invisible Publishing).

What do you do when you’ve kept something about yourself secret your entire life but feel ready to share? It seems… you write a novel.

I recently published At Last Count: fictional, but written from the very true place of having OCD. So there we go: I never use a fireplace, I cringe when people light barbecues, and I check the stove twice before heading out.

Obsessive compulsive disorder is about unwanted and disturbing thoughts or urges (obsessions) that cause enough anxiety to produce repetitive behaviours (compulsions). I struggled most as a kid. There are theories that OCD runs in families, but that genetics are only one factor: stressors and traumatic events play a part. My childhood brand of OCD was counting; eight was my number. This grew into checking — fixtures, outlets, the stove — to make sure nothing would spark a fire. I apologized for the least infraction, often in a series of eight, and never stepped on a crack — yes, that old chestnut.

I struggled alone as a latch-key kid with no siblings. It was the 70s: I remember nothing in pop culture about OCD, no Hollywood stars admitting they were struggling with it. Living in Toronto, if you wanted to find out more about OCD, you’d have to ask your GP (as if), or look up OCD in the Yellow Pages and write away for pamphlets (and risk being found out). There was no internet to search privately for information. So I worked to avoid detection rather than seek help.

Flash forward several years to theatre school. The counting and checking continued. I had also become obsessed with reviewing lines. I could be found in the theatre before a performance, going over the show several times before curtain. I met my future husband, Kirk, in that program. The OCD dial had turned down from when I was a child, from an 8 to a 3, say. I no longer counted, and was still fire phobic, but the other thought patterns remained. So when Kirk asked me to marry him, I found a therapist and tackled the problem. Nevertheless, it was still a secret.

My career moved into writing for television. Like acting, TV has a baseline of pressure: you need to fit in with the cool kids, be on top of your game, and ooze confidence. And so I started writing a book as a creative antidote to stress. As a book started to take shape, it struck me: I was writing about coming of age with OCD.

When it was time to submit to publishers, I told myself: no one has to know that the book is even remotely about me. It was fiction, after all. I sent the manuscript to three publishers, all of whom liked the book but didn’t take it. Relieved at not having to out myself, I shoved the book into the proverbial drawer.

Seven years later came the pandemic. The TV industry shut down. It had been years since I’d looked at my book, so I read it… and liked it. If I submitted to a new round of publishers, would I need to reveal that I was its source material? I avoided the question and found an editor. It didn’t take long for him to ask if the novel’s OCD theme was from personal experience. Maybe it’s because I’m now in my 50s, but I felt less fear, and dared to say yes.

The book was submitted to Invisible Publishing, who wanted it. Amazing. But I knew I couldn’t risk being outed in the writing world without first telling my kids. Next up: the family conference.

One thing I appreciate about young people today is their openness about mental health. For them, it’s as normal as physical health. Could I not get with the real cool kids and disclose my mental health journey? They knew about my fire phobia, so it wasn’t too big a line to draw to OCD. Instead of judging, they said: way to go, mum. You survived a hard thing. That’s badass.

What if we all talked about mental health as an ordinary part of life? And wrote about it? Because the kids are right: that’s badass. 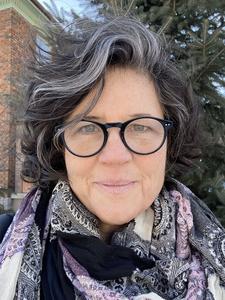 Claire Ross Dunn writes mostly for TV shows like Little Mosque on the Prairie and Degrassi: The Next Generation, and has written movies for Hallmark and City TV. Her debut novel, At Last Count, is available through Invisible Publishing and bookstores everywhere in Canada and the US. It was named a 49th Shelf Editors Pick, and a Toronto Star summer reads pick by Deborah Dundas, the newspaper’s Books Editor. Claire will appear at the Vancouver Writers Fest in October to talk about the book.

Many thanks to Claire for sharing this piece on OCD, visibility, and writing, and to Julie at Invisible for connecting us. 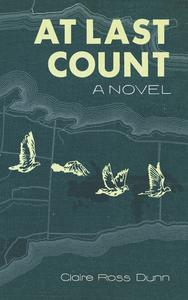 November 10, 2018
Short Story Month: But When We Look Closer