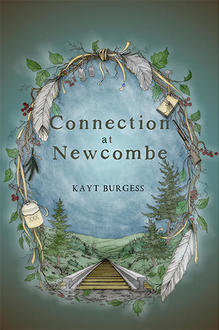 Set in post-war Northern Ontario, Kayt Burgess's new novel Connection at Newcombe (Latitude 46 Publishing) follows the resourceful campaign of the residents of Newcombe as they push back against the government to establish a railway station in their "too-small" town to ensure the survival of their community.

Kayt joins us in this edition of Under the Cover, delving deeper into the representation of place within story and how rebuilding the aggregate of stories in and about small towns can help to put them back on the map and return them to reality.

My mother told me that, growing up in Oakville Ontario in the 1960s, she thought that Buffalo, New York was the most terrifying place on earth. This was because the Buffalo television station was one of the few the family had access to, and the news rarely covered anything but misery—fire, violence, tragic deaths. She had no other point of reference for the city. The mythos of an environment—a town, a region, a country—comes from the aggregation of its stories.

In Northern Ontario in the 1990s, our television stations were also from the United States. Movies, television, and books were almost exclusively American (propaganda). For someone who interacted with the world through stories, these mediated places were more significant than my actual home. In order to feel connected to my environment, I spent an inordinate amount of time fictionalizing it—superimposing fantasy over the everyday mundane to make my hometown feel real. 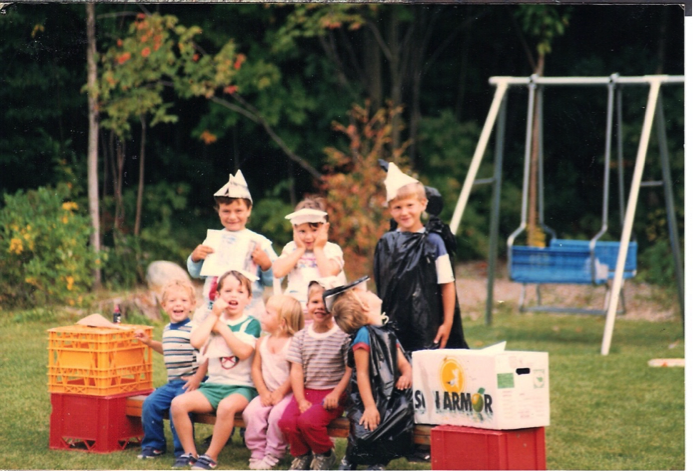 Backyards became theatres in the round. Check out the latest in garbage bag costumery.

There are few stories written about my hometown of Elliot lake, and Northern Ontario in general. Thankfully there are more narratives emerging, in part due to the efforts of publishers like Latitude 46. The first story I ever read set in Elliot Lake was Alistair McCleod’s classic No Great Mischief and I still think about it sometimes. One of the most powerful experiences I’ve ever encountered in storytelling was listening to Kegedonce author Isaac Murdoch tell a pub full of locals traditional stories of the area. Hearing stories told about this land changed my relationship with it. I had to slip out quietly because I was crying and I didn’t think anyone would believe it was my allergies.

When places are never depicted in stories, they can seem lesser than. The unreality of fiction can render something more real. Over the last few years my hometown has been troubled by adverse narratives, so I’m invested in how fictioneers can contribute responsible counter-narratives to the aggregate.

In light of the pandemic, in a time when we are looking at population distribution and how this affects contagion spread, perhaps we should update the narratives told about small towns.

I set my first novel Heidegger Stairwell in a fictionalization of my hometown because I wanted to see a modern queer narrative embedded in northern Ontario. In that novel, the narrator eventually leaves the north for the city, embracing the “if you want to be successful you need to leave your small town” brain-drain narrative eternally fed to rural children. Connection at Newcombe was written around the same time but explores an opposing journey: characters returning en masse to improve their Northern Ontario hometown.

In Connection at Newcombe, the citizens of Newcombe spend the book trying to communally construct a fiction that their ramshackle little village is worthy of a train station. It’s up to the reader to decide whether they bypass the illusion entirely and make it a reality. 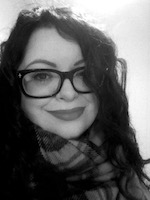 Keep reading for more Under the Cover features! >>