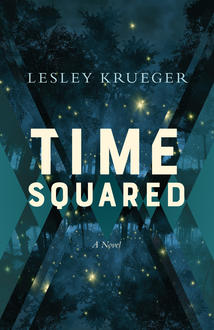 Taking us under the cover of her latest novel Time Squared (ECW Press)—"a time travel book centring on the role of women over the centuries"—Lesley Krueger discusses the perpetual seesawing of women's progress towards equality through history to present day, from corsets to Spanx.

Every time I hear about something like Women’s History Month, I wonder why we can’t just call it History Month. Except that I know that women’s history would be largely left out of the celebration, the usual eighty percent of the attention going to men and twenty percent to women, with only a small part of the twenty percent covering BIPOC and LGBQT+ women’s history. So, let’s enjoy our allotted one-twelfth of the year and celebrate women’s achievements, since they are potent and multitudinous and awe-inspiring, and have brought us to a place where women’s rights are being radically threatened once again.

My new novel, Time Squared, is a time travel book centring on the role of women over the centuries. It’s not really speculative fiction. Big parts of it can be called historical fiction, although I think the overall tone was captured by a reviewer who said Time Squared “starts like you’re in a Jane Austen novel and finishes like a Margaret Atwood one.” In researching what I realize is an ambitious book, I read my way through social histories and novels of many different eras, not all of which ended up in the book.

And while we like to think women have progressed through the centuries—our lives better now than they’ve ever been—what ends up being very clear is the way periods of progress have always alternated with radical pushback. Time and again, the Rosie the Riveters of the Second World War with their hard-earned jobs and paycheques are pushed back into the kitchens of the 1950s, where they’re told to pumice off the calluses and become more softly feminine.

Of course, women intellectuals have often objected to the reversal, urging 1950s housewives to examine their position. “I wish to persuade women to endeavor to acquire strength, both of mind and body,” one wrote, “and to convince them that soft phrases, susceptibility of heart, delicacy of sentiment, and refinement of taste, are almost synonymous with epithets of weakness.”

Oh, sorry. That was Mary Wollstonecraft writing in 1792 in A Vindication of the Rights of Women. Wollstonecraft wrote firmly in favour of equality, pointing out that we will never live in a just society “if one half of mankind be chained to its bottom.” She took lovers, bore a daughter out of wedlock, ventured to France during the Revolution and to Scandinavia under primitive conditions, then wrote books about her travels.

At the same time, European women were cinched into bone corsets until their ribs were deformed. In a recent paper, anthropologist Rebecca Gibson reports that all eight of the 18th and 19th century female skeletons she examined at the Musée de l'Homme in Paris had ribs pushed into the shape of an S and misaligned vertebral spines, deformities "consistent with long-term pressure on growing ribs and vertebrae and inconsistent with other types of documented damage such as rickets."

Throughout Europe, the corsets grew tighter as the 19th century progressed before loosening again, girdles succeeding corsets, the 1960s and 70s era of no bras followed by the arrival of Spanx. (And did anyone wear Spanx during the COVID lockdowns?)

This continual seesaw interests me, and so does the effect it can have on women’s opportunities and our characters, especially when the social opening and the backlash occur within one lifetime. If I had to name the inspiration for Time Squared, that would be it.

Here’s something else I stumbled on as I did my research. In 1770, when Mary Wollstonecraft was eleven-years-old, a bill was introduced into the British Parliament regulating the cosmetics women would be permitted to wear: “That all women of whatever rank, profession or degree, whether virgins, maids or widows, that shall from and after such Act, impose upon, seduce and betray into matrimony, any of his Majesty’s subjects by the scents, paints, cosmetic washes, artificial teeth, false hair, Spanish wool (a type of rouge pad), iron stays, hoops, high heeled shoes and bolstered  hips, shall incur the penalty of the law now in force against witchcraft and like misdemeanours, and that the marriage, upon conviction, shall be null and void.”

Aristocratic women ignored this, painting their faces with white lead and rouging their cheeks with bright red circles. They did this, together with the more fashionable men, because even the banks of candles deployed by the 18th century aristocracy did little to lift the indoor gloom. People painted their faces white so they could see each other at night. Then, in 1780, the Argand lamp was invented, a type of oil lamp that lit rooms ten times brighter than the brightest candles. Almost immediately, both makeup and hair styles changed in a way the parliamentary bill had tried and failed to decree. Women were freed from their lead paint—which, by the way, can cause brain damage, learning disabilities, seizures, and death.

Back and forth. Back and forth. During the COVID pandemic, figures in both Canada and the U.S. show that a disproportionate number of women have stayed home to look after their children, while their husbands and partners, who usually have bigger paycheques, continue to work. At the very least, these stay-at-home women have lost seniority. Some have permanently lost their jobs, leading to what is being called a “shecession.” Meanwhile, abortion rights are under increasing threat. The 1950s are circling back in—although maybe without Spanx.

I should add that my protagonist Eleanor has a very good sense of humour, and her Aunt Clara can be wicked. This is what many women have and have always had—our senses of humour and proportion. We’ve had to, and in Women’s History Month, let’s celebrate that. 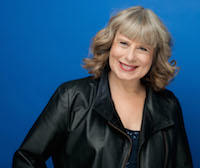 Lesley Krueger is a novelist and screenwriter. She is the author of seven books, including the critically acclaimed novels The Corner Garden and Mad Richard. As a filmmaker, she has worked as a screenwriter, script doctor, story editor, and co-producer on 16 produced films over the past 17 years, ranging from micro-budget shorts to studio features. She lives with her husband in Toronto, Ontario, where she’s an avid member of a women’s hockey league.

October 19, 2015
Celebrating Women's History Month: the women of BC