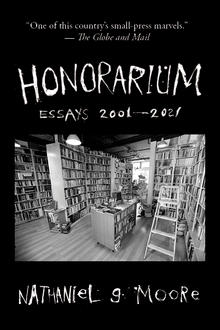 In  Honorarium (Palimpsest Press), writer, poet, and publicist Nathaniel G. Moore compiles two decades worth of reading other people's books and shares a sense of what working in CanLit is like: "that it’s low-paying, a struggle, tiring, rewarding and all I ever think about." The book highlights the work of the community of creators that surround him, like Mark Leyner, Sheila Heti, Camilla Gibb, Jen Sookfong Lee, Catullus and Chuck Palahniuk, serving as a time capsule into the ever-changing, mysterious world of Canadian publishing.

Below, Nathaniel shares his thoughts on how Honorarium is sort of like U2’s Rattle and Hum, shrinking online spaces for book promotion, and recommends the work of Indigenous poets on his radar.

Honorarium is sort of like U2’s Rattle and Hum. (Don’t play the album and read the book to see any similarities please, unless you plan on recording it and uploading that experience to Youtube—oh, and please tag me in it somehow, #NathanielGMoore #HonorariumU2Rattle. Quoting Tony Wilson from  NewOrderStory, “I’ve never been a massive U2 fan,” but why I bring it up is that, in the two years between Rattle and Hum and Achtung Baby, the band changed drastically. And I’m hoping to do the same. Honorarium will never happen again in my lifetime. I’ll never cobble together twenty years worth of writing to prove a point about Canadian publishing—that it’s low-paying, a struggle, tiring, rewarding and all I ever think about.

When it was all said and done and the launch was over, I began to feel depressed, which isn’t that odd for me. Don’t get me wrong, I love the book, but seeing, editing, rereading the names of so many small press friends I haven’t seen in years began to take its toll on me. I was also sick of myself. (Also, I realized how many of the online pieces have disappeared to make room for new condos and cell phone repair stores.) Part of me, as always, felt completely over-exposed and disposable. I thrashed around like this for a few days and then pushed on, burying myself in my work as a publicist, trying to get content out there for the next generation of authors. Looking back 20 years, there are a lot more opportunities for writers, for example, on blogs such as All Lit Up. However, the top tier, most sought after, dream review destinations still remain that mirage in the distance. Every writer in Canada wants to be reviewed in the front pages of The Globe and Mail, the Vancouver Sun, the Montreal Gazette, the National Post, the Toronto Star and of course, chat with the CBC on any one of their many fantastic, high-rated radio programs. But it’s not always possible. Just like it's not possible to read every new poetry book that is published in Canada. Believe me, I’ve tried!

What is possible, however, is that I take this time to talk about some of the Indigenous poets I’ve had the privileged of doing publicity for over the years. While you can pick up Honorarium at your local bookstore or library if you choose to, I really truly, madly, deeply want you to consider buying, reading, blogging, and most of all taking the time to enjoy new and recent work by Selina Boan, ( Undoing Hours), Dallas Hunt ( Creeland), Lisa Bird-Wilson, ( The Red Files, Probably Ruby) Gregory Scofield ( Witness, I Am, Thunder Through My Veins), Cassandra Blanchard’s incredible debut Fresh Pack of Smokes. And don’t forget to add Bearskin Diary by Carol Daniels and the forthcoming Algonquin Legacy by  Rick Revelle to your list. 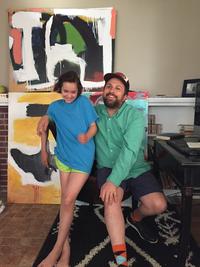 Born in Toronto just before Richard Milhous Nixon was impeached, Nathaniel G. Moore has written nearly ten books since 2005 when  Bowlbrawl (Conundrum Press) was published. His new projects include Honorarium the podcast (inspired by  Joyland the fiction magazine which was founded by  Joyland author Emily Schultz) as well as a new book of prose called Black and White Rome. Most recently he’s become a  Maritime painter and hopes to have his first solo show before he turns fifty in 2024. He is the owner and operator of  moorehype the indie author/publisher publicity outfit. 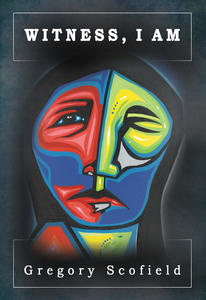 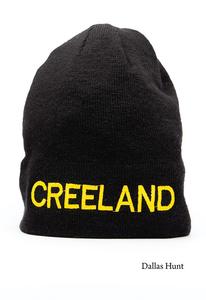 February 19, 2018 by Mandy Bayrami
Quoted: Michael E. Casteels' The Last White House at the End of the Row of White Houses