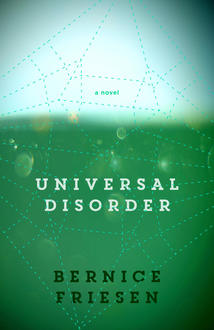 After Bernice Friesen underwent radiation under her arm to treat her cancer, her doctors told her that part of her body should never to be exposed to the sun. Her solution was to get crafty and fashion some badass "sun armour." Below, Freehand Books Publisher Kelsey Attard who published Bernice's new novel  Universal Disorder, tells us more about the unique story behind Bernice's creations and how one of the central characters in her book is truly a result of art imitating life.

In Universal Disorder, the main character’s love interest is Jae, a young woman who goes to art school and comes up with elaborate performance pieces. In one standout scene, she creates a Jell-O blob, brings it to the gallery (“I think I’ve just invented internal sculpture!”), and “releases” it into the wild in the river. She also, we learn, battled cancer.

Like Jae, author Bernice Friesen also had cancer—stage 4B Hodgkin’s lymphoma. When Bernice’s children were very young, she underwent radiation treatment under her left arm. Her doctors told her that part of her body was never to be exposed to the sun again. Bernice says, “With all the trauma I’d suffered, and the terror of wanting to stay alive to raise my children, it was out of so much fear, that even on the hottest days, I wore shirts with sleeves over tank-tops or dresses. I always felt like I was hiding. I always felt afraid.”

But Bernice also shares something else with her character, Jae—art school. So Bernice set out to create a form of “wearable art,” ending up with what she calls her “sun armour”—a garment that acts as a shade to keep the sun off her vulnerable underarm skin, but also open on the underside, to help her stay cool.

Bernice pieced together second-hand and discarded scraps of denim, leather, chain, and odd bits of hardware—even a pipe fitting—into a single-shoulder sleeve. She added a removeable cuff, made from a hand-tooled leather purse that Bernice got second-hand for two dollars. She even incorporated a piece of her grandmother’s crochet work. She’s proud to be able to highlight women’s art—“the kind of art that was considered permissible to (the patriarchal) establishment 100 years ago.” 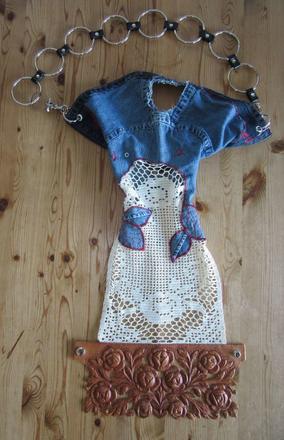 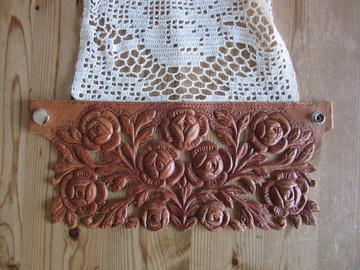 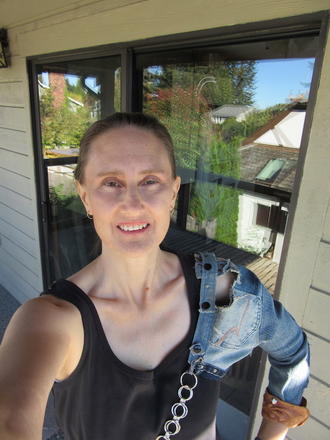 The end result is eye-catching, and perfect strangers often approach Bernice to ask about her sun armour. Many, after hearing her story, ask her permission to make their own.

“With the sun armour, I don’t feel afraid,” says Bernice. “It is an immense psychological difference for me.”

Bernice ended up creating two versions of her sun armour—one that’s fancier and more delicate (which she wore at her recent book launch on Zoom) and one that’s a bit “rattier.” “It seems with bad-ass pieces, the rattier the better, and you’ve got to be bad-ass if you’re trying to scare cancer back.”

When you read Universal Disorder, you’ll know exactly where Jae’s creativity, ingenuity, energy, and attitude come from. She shares so much more with her creator than just a cancer diagnosis.

Thanks so much to Kelsey Attard at Freehand Books and to Bernice Friesen for telling us the origin story of the sun armour and for sharing the impetus behind Universal Disorder— available right here on All Lit Up.