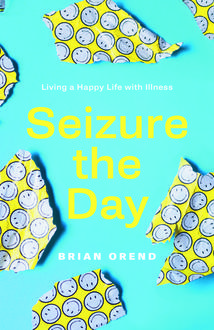 Under the Cover: Seizure the Day and Epilepsy Awareness

For Epilepsy Awareness Month this March, philosophy professor at the University of Waterloo Brian Orend—who himself has epilepsy—discusses the ups and downs of writing Seizure the Day: Living a Happy Life with Illness (Freehand Books), a guidebook for people experiencing ongoing, chronic illnesses. Here, Brian tells us about everything from feeling like a fraud when he experienced discouraging health setbacks to getting on a first-name basis with a Nobel Laureate.

This book was the most challenging writing experience of my life.

First, I had to write about personal experiences which were deeply traumatic, and, unlike others, I did not find writing about them cathartic in any way. More like digging at some scabs and re-living things raw. Yet I felt I had to, to establish a personal connection and some authenticity with my intended audience: those having chronic conditions, or those close to them, searching and struggling to be happier in spite of the odds slanted against.

Second, the book isn’t merely a memoir. It contains a ton of research, into happiness in general, and those struggling with illness in particular. While doing this research was very pleasant, and helped me in a great number of ways I write about in the book, it was also outside my established academic expertise at the time: broadly speaking, international justice, human rights, and especially war and peace. Writing well about research outside one’s field took much longer than I expected. Then I had some challenges getting my work accepted by, say, psych professors who’ve been writing about happiness and depression their whole careers. I could almost hear their eyebrows arching, so to speak, as they’d ponder: “What’s this war guy doing writing a book about happiness?”

The book, thirdly, was written over a number of years, because of the magnitude of the research, the demands of my full-time job, and the need to keep up with my main lines of research. It was motivated, at the start, from a place of misery and anger, and struggle for gains in happiness. Yet, during the writing period, after I had been stable in my epilepsy for a long time, I could truly write with confident joy. Yet, as chronic conditions do, my epilepsy would flare up. During those times, I felt like a fraud while writing, and lacked motivation to continue with the project. As, of course, seizures aren’t happy things and don’t produce pleasant consequences. I had to speak to myself sternly during those times, and say: “Look, this is exactly why and when I need to keep on writing and seeing this through to the end. I’m NOT writing this book for people who’ve overcome their condition permanently, looking back at their affliction through a rear-view window. I’m writing this for people who are exactly where I am: trying to give happiness a go, and make it stick, in spite of the reality of these painful set-backs.” Still, moments of self-doubt were not lacking.

Yet as the end neared, excitement arose, and many happy things happened. The editing process, while demanding, was nothing I hadn’t experienced before in my academic life. Andrew and Kelsey, and anonymous experts, improved the m.s. enormously. It was a blast proposing book cover ideas, and I’m very happy with Natalie’s end result. Asking for endorsements was actually fun, and we went after all kinds of experts, who could be very sweet and kind, even when they were unable to provide a blurb. One bona fide Nobel Laureate, full first name Daniel, declined… but insisted I call him “Danny” from now on. Many world-class happiness researchers gave me not only their best wishes, but very touching anecdotes about how their own family members suffered seizures. And, of course, few things can beat that delightful moment when, as an author, you crack open that special box from your publisher, and behold and grasp that finished published product for the first time.

I recall Jean-Paul Sartre once complaining about one of his later books, lamenting that it was so difficult to write that it cost him his health, and he felt it wasn’t appreciated enough by the public to have justified all the burden. I can relate about this book being very difficult to write, much more so than I ever expected, but hope it can help, engage, and be deemed worthy by its intended audiences. Let’s all seizure the day! 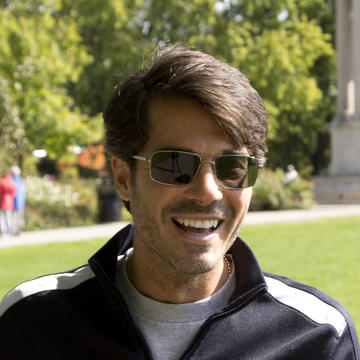 Brian Orend is Professor of Philosophy at the University of Waterloo in Canada. He’s the author of eight books, including The Morality of War (Broadview, 2nd ed, 2013), and is best known for his work on post-war justice and human rights. Orend’s recent books include: 1) an edited translation of Kant’s On Perpetual Peace, with extended Introduction and Commentary (Broadview, 2016); the updated second edition of his textbook Introduction to International Studies (Oxford UP, 2019); and the monograph War and Political Theory (Polity, 2019). Orend’s Ph.D. is from Columbia University in New York City; he has guest-lectured at each of the major U.S. military academies; and he has been Distinguished Visiting Professor of Human Rights at Lund University in Sweden. He also has epilepsy, caused by a brain tumour.

Thanks so much to Brian for sharing his story with us. Thanks too to Kelsey at Freehand Books for making it happen.  Seizure the Day is available now. For more Under the Cover, click here. 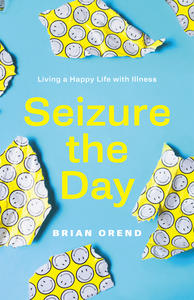 March 1, 2017 Donna Macdonald
Under the Cover: The Presence of Eating Disorders in Young Adult Books