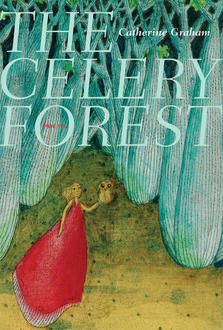 Poet Catherine Graham's latest collection  The Celery Forest (Wolsak & Wynn) is a revisiting: the poet reassesses themes and issues from her previous work in light of her breast cancer diagnosis. Catherine shares the surprise and delight of having a child fan of her work – a fan that inspired The Celery Forest's "Winterhill," excerpted below.

“If I knew where poems came from, I’d go there.” I’ve often thought about this quote by Michael Longley. There’s alchemy behind poetry. Many things come together simultaneously: music, memory, emotion, image and of course, language. While writing, a poet follows the path of what the poem wants/needs/demands to be. It’s a process, not a destination, and Longley knows that.

But something sparks a poem into being. It sets the imagination alight with an energy that requires attention. Like a water diviner, the branch twitches.

My sixth poetry collection The Celery Forest is a departure from my previous work. And yet it’s not. Themes and subject matters I’ve grappled with in previous books reappear but through the lens of someone dealing with cancer. I was diagnosed with breast cancer the age my mother died of the disease. The journey I’d witnessed as a little girl growing into adulthood was happening to me.

The poems explore the topsy-turvy world one encounters when given a cancer diagnosis (or any unexpected health diagnosis for that matter). Perceptions shift. Big becomes small, small big. One becomes an embodiment of unknowns and the target of invasive procedures. When treatment ends, you (hopefully) go on with your life. 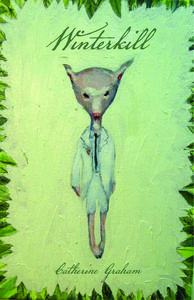 Writing poetry is a solitary endeavor and so is reading it. Occasionally poems get read aloud. A poem’s truest form is in the air, I think, as breath, as life. To my delight this was how the poems from my fourth collection Winterkill were being experienced by a little girl. Her mother read them to her at night before bed.

Enchanted by my poems and curious to know what I looked like, her mother showed her the book’s author photo. Soon after the girl christened a doll “Catherine Graham” because she said it looked like me. Apparently I even have the gift of walking on water in the bathtub.

One day her mother sent me this text: “Oh, did I tell you about my daughter’s Winterkill idea? She decided since we drive Perth Road every day and see lots of poor animals who’ve met untimely ends that there should be an imaginary world, ‘Narnia for ghost animals’ and she said she’d call it Winterhill. I asked where she got it and she said, ‘Catherine Graham’s book. But I changed kill to hill so not to remind them of sad things.’”

Here was a child’s imagination at work in a beautiful way. Thanks to her mother’s text, it became a gift to me.

Could I do something with this? The imagination once activated moves forward, if you listen to it, and thankfully, I did. My poem “Winterhill” in The Celery Forest is the result.

The heat glossing their backs. Moon licking the river

they smell the rub of dew slipping out.

To see through darkness blocked by moon, cloud, star.

Where is the water? The bullfrog knows.

The spring peeper. Their growing chorus itches the air.

There is no gate to pass. Just a metallic scent

into carcass, rot, on beds of gravel and dirt, they lie

ready to receive a birth of fly and maggot. But the lifting

fog is a trail becoming from the non-soul’s heat, the organs’ stop.

All instinct from inside them now furring air with whitish vale, shadow’s

trick of weight. Here is where the dead live on—ghost animals—

in a world called Winterhill. They’ve become a floating pond,

a threshold of in-between, moist portal where water

finds water and fixes to air—there, there. 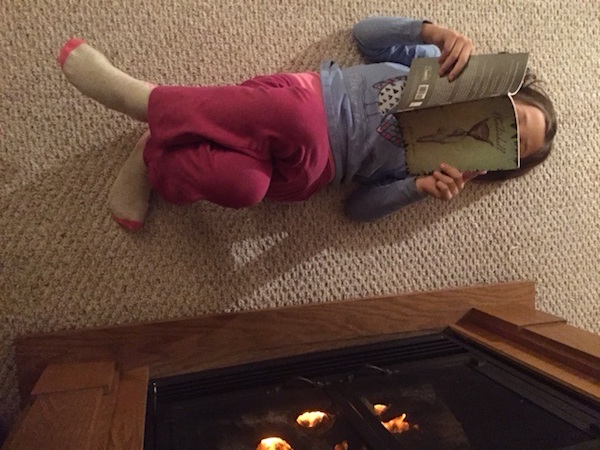 With deepest thanks to Ginger and Angeline Pharand.

Thanks so much to Catherine for sharing this heartening story – the kids are alright, after all. Thanks too to Noelle at Wolsak & Wynn for connecting us.  The Celery Forest is available now. 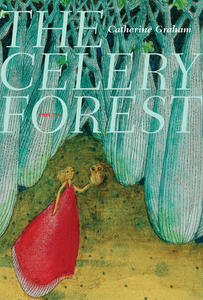 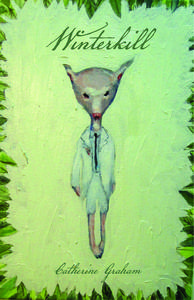 Quoted: Peter Norman's Some of Us and Most of You Are Dead