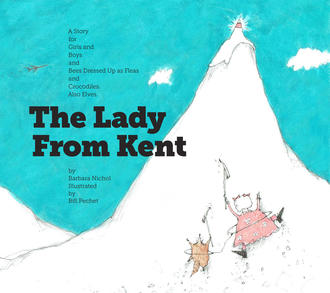 When Publisher Beth Follett thought it was the end for Pedlar Press, one of the beacons of hope that emerged was a manuscript by Barbara Nichol: The Lady From Kent, a children's book that began from a sketch that turned into verses that eventually became the sweet children's book it is now.

See more details below
Tagged: the lady from kent, under the cover, pedlar press, barbara nichol

Last year I thought it was curtains for Pedlar. I had been searching for over three years for someone to join me, a successor, and had had no firm statement of interest from anyone. Then Monica Kidd restated hers—this time more vociferously—in 2017, and we began to have real talks. Then Linda Spalding said I mustn’t close Pedlar, especially not before I looked at The Lady From Kent by her friend Barbara Nichol. Twice nominated for a Juno award, winning for her platinum recording, “Beethoven Lives Upstairs,” and a finalist for an Emmy Award for “Basil Hears a Noise” (Sesame Street), and for Dippers, a Governor General’s Literary Award for Children’s Literature, Barbara Nichol is a powerhouse of zany enthusiasm for children and their stories, this new one written over many years with Post-it notes and a piecing together of scenes, like a giant jigsaw puzzle that she believed had only one right outcome.

Everything coalesced. Barbara and I asked ourselves who would be the right person to illustrate the book. We wanted a light and playful hand. Enter Bill Pechet, who holds a professional degree in architecture from the University of British Columbia School of Architecture, who is a lecturer-in-practice at UBC, and who has illustrated Bill Richardson books. I called designer Zab Hobart out of Pedlar retirement, asking her to turn her genius lights on this project.

There is a queer sensibility at base in this book of delights, and the perceptive reader will notice many tiny illustrative flourishes Bill Pechet has added on many pages. For example, here’s the Lady training for walking marathons: 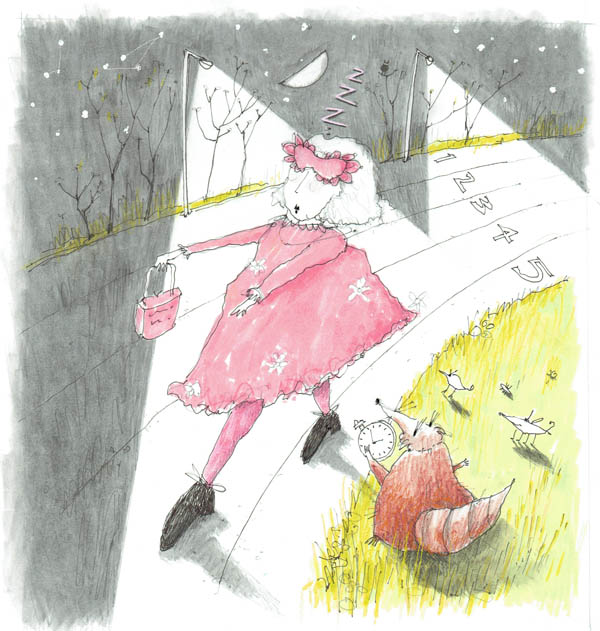 And here is the Lady's pal raccoon, playing spoons? Or is it bones? With a framed photo on the wall of—well, what is that, exactly? 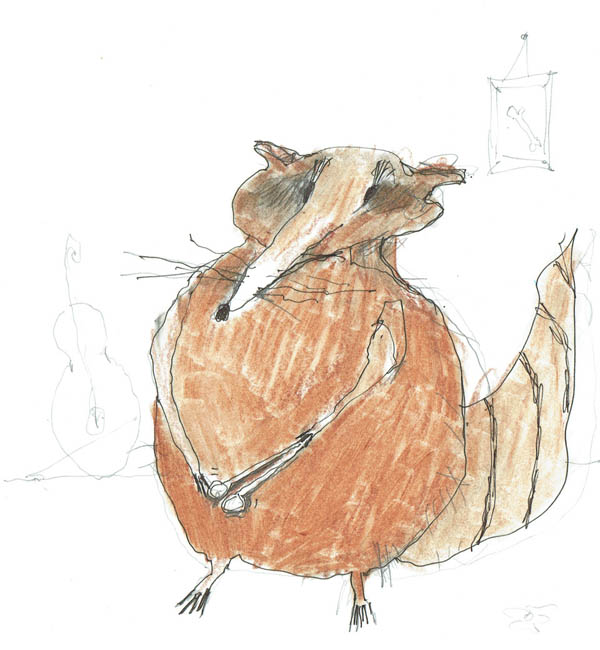 The delight I had while making JonArno Lawson’s books (illustrated by Sherwin Tjia), Black Stars in a White Night Sky and Man in the Moon-Fixer’s Mask came back with a powerful surge, as did the very painful memory of how little support Pedlar received from mainstream media outlets, even after Lawson and Tjia won the very prestigious Lion & The Unicorn Award for Excellence in North American Children’s Literature, adjudicated through Johns Hopkins University. We took on this project knowing we would have to fight for its proper place in literary history, as all too often the works from literary houses are seen as less important and therefore less noteworthy. Pedlar goes into this fall season with eyes wide open for anyone who looks the least bit interested in helping what we think could turn out to be a classic children’s book fall into many right hands. 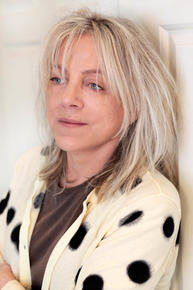 Barbara Nichol has written nine children's books, is an essayist, dramatist for radio and television, comedy writer, songwriter, and, for many years, a documentarian for the CBC program, Ideas.

Thanks to Beth Follett for sharing the story behind The Lady From Kent and for sharing photos from the book. For more Under the Cover, click here.