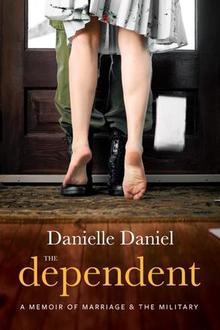 In her memoir  The Dependent: A Memoir of Marriage and the Military (Latitude 46 Publishing) Danielle Daniel shares the true story of her life as a military wife, and the intense challenge of being married to a paratrooper who served in the Canadian Armed Forces for fourteen years before a freak accident left him paraplegic. Author Kerry Clare says of the book: "The playing with time and story, the giving and withholding of detail, is stunningly accomplished, which is only underlined by the book's incredible, miraculous and beautiful ending, which is also its beginning, a fantastic, complicated and beautiful love story." We have more with co-publisher Laura Stradiotto, below.

The iconic photo of a solider and nurse locked in an embrace in New York’s Time Square on V-J Day in 1945 captured an epic moment in history.

After the Second World War that type of embrace went on to be replicated hundreds of times in newspapers and magazines to illustrate the sorrow of separation and then joy of reunion between a soldier and loved one. But for military wife and author Danielle Daniel, these photos do not tell the whole story. The heartache, worry and anger of being left at home, of not knowing when – and if – there will be another embrace, takes a toll on a relationship.

The Dependent: A Memoir of Marriage and the Military goes behind the storybook image and tells the story of a military wife married to a paratrooper who served in the Canadian Armed Forces for 14 years and the impact a life altering accident had on their marriage. It’s a deeply intimate story from a perspective rarely explored in media and literature, and one that took courage to share with readers. 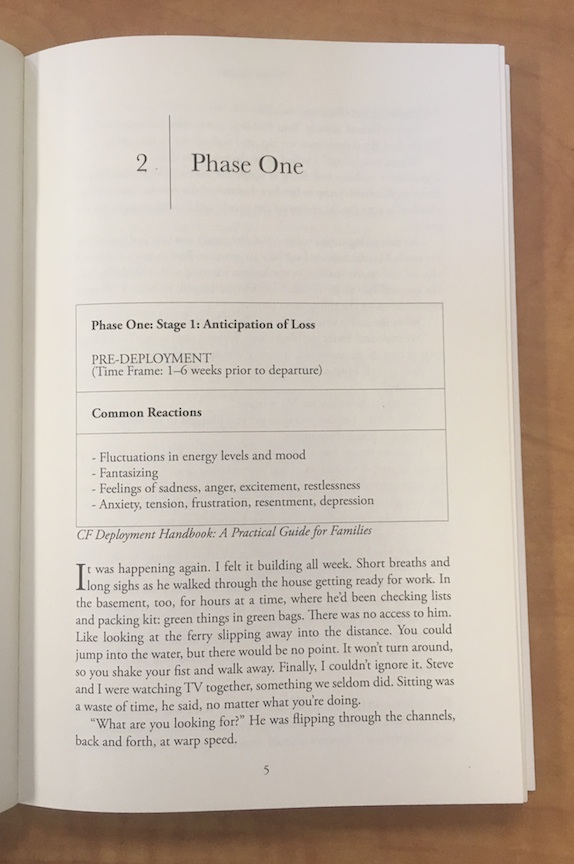 So when Danielle suggested replicating that photo for the book cover, my co-publisher Heather Campbell and I understood it to be an important part of the storytelling process. Danielle’s reason for writing the book was to heal and overcome grief but also to demystify the romanticism often seen on the news about military marriages and that embrace.

As a small press we work closely with our authors and we supported Danielle’s vision for the cover; after all, the scene we were trying to construct was based on her lived experience.

Danielle turned to Gerry Kingsley, a Sudbury-based professional photographer and close friend to take on the project. They had worked together before and Danielle trusted his vision; that he would approach the project with sensitivity and grace.

He read the first chapter of the book – and nothing more – to understand the intensity of the moment we wanted to convey. Danielle wanted to use her husband’s military uniform and boots, and incorporate the letters they wrote each other into the photo shoot. It became very personal. On Danielle’s suggestion I contacted a young married couple to stand in as models. She knew the couple shared a deep connection; and the wife was a dancer, which reflected the reoccurring reference to dancing in the memoir.

The photographer selected the front porch of a historic 1900-circa estate home in Sudbury to stage the shoot, mainly because of its vintage charm and lighting. And then set out to recreate the scene when Danielle’s husband Steve was leaving, yet again, for another mission. Running to him for a final embrace, with a package of handwritten letters falling from her hand, the model is on her tippy toes, one foot atop her husband’s boot.

The cover really captures the intimacy of a moment, allowing Danielle's story to unfold in a very cinematic way.  It serves as the introduction to a story.

Reflecting on the process, it took a team to create the cover for The Dependent. Perhaps some would say we gave away too much creative authority. We don’t think so. We had dedicated 2016, our first full year of programming, to feature an all-female author line-up as a way to commemorate the centennial of women’s suffrage in Canada. And that meant giving voice to women, whether to authors or to their characters, beyond the pages of the book. Because there is so much more to a story than a sweet embrace.

Thanks to Laura Stradiotto, co-publisher and co-founder of Latitude 46 Publishing, for sharing the cover story of The Dependent with us. For more stories behind your favourite stories, click here.

August 28, 2017
Where in Canada: An Enduring Wilderness

June 1, 2017
Jules' Tools for Social Change: In This Together: interviews with anthology contributors