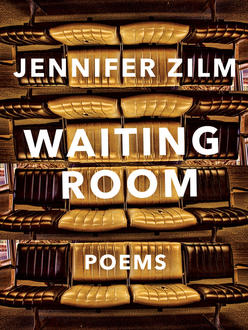 Under the Cover: Waiting Room, the Tour

Poet Jennifer Zilm discusses the spaces that inspire her debut collection,  Waiting Room (BookThug) – which, you could follow, are waiting rooms. From the waiting rooms of safe injection sites to psychiatrists, departure gates to dentists, Zilm revisits the rooms where she wrote her poems in, and the rooms she brought her poems to, in this edition of Under the Cover.

Some of the poems in Waiting Room were written in actual waiting rooms!

I wrote the first draft of “Math Lesson: Insite Front Desk” working in the reception of the waiting room of Vancouver’s safe injection site (the math problems in the poem were added later by my psychiatrist). I wrote the cento “S.elf S.oothing  R.adiant I.nventory” while I was waiting for my psychiatric appointment in spring 2013 (I ducked outside the room to observe the cherry blossoms outside). Other poems were drafted (in my head or on paper) in other waiting spaces including the dentist chair (“Long Lined Sonnet for Dr. Young”; “Reasons You Love the Dentist”) or hallways (“The Committee Meeting”; “Hallway, Rainer Hotel Residential Women’s Recovery Program, An Elegy”). Many other poems were written in transit. “Draft Email to the Full Professor” was written on a ferry between Vancouver and Vancouver Island; “What a Queer Thing Touch Is” was written on a plane from Vancouver to Toronto and myriad poems were written on Vancouver’s creaking trolley buses (“Spiritual Media” is the most obvious example). 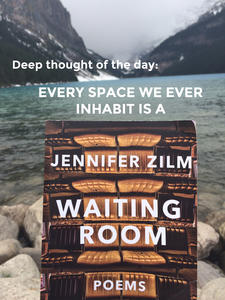 Deep thought of the day: EVERY SPACE WE EVER INHABIT IS A WAITING ROOM.

My author copies of Waiting Room arrived in the mail in early April. That day, I had been working a twelve hour shift at a transitional housing project on Vancouver’s Downtown Eastside. Towards the end of the day, I pulled a bag out of the garbage can a bit carelessly and felt a quick sharp slice through my blue jeans into my skin. I realized a used hypodermic needle had perforated the bag. I left the shift early to go to St. Paul’s Emergency Room (Vancouver’s waiting room par excellence, perhaps). After being triaged, I was treated by a bevy of nurses and an intern who hooked me up with a tetanus shot, a Hep B vaccine, an anti-anxiety drug and short course of anti-retroviral drugs to help guard against possible HIV exposure. When I got home, the notice that books had arrived was in my mail box. In my benzo fog I walked to the post office and picked up my copies. I held what would be my reading copy (now hopelessly battered and annotated) up against the recently blossomed plum trees.

The next day, I went to the St. Paul’s Infectious Disease Clinic to discuss whether my needle stick injury warranted a continued course of ARVs (it didn’t). The book was in my bag and it seemed obvious that I needed to take photos of the book in the waiting room.
Side note: Van Gogh was institutionalized in a hospital called St. Paul’s in Saint Remy de Provence.

This began the books tour of the waiting rooms and liminal spaces. A visit to my dentist to be fitted for a new mouth guard (I chew through about one a year) gave me the opportunity to pose the book in the chair where I spent hours of my life having my teeth extracted and rebuilt (amalgams, porcelain and paste etc.) and listening to Eliot read the Wasteland. 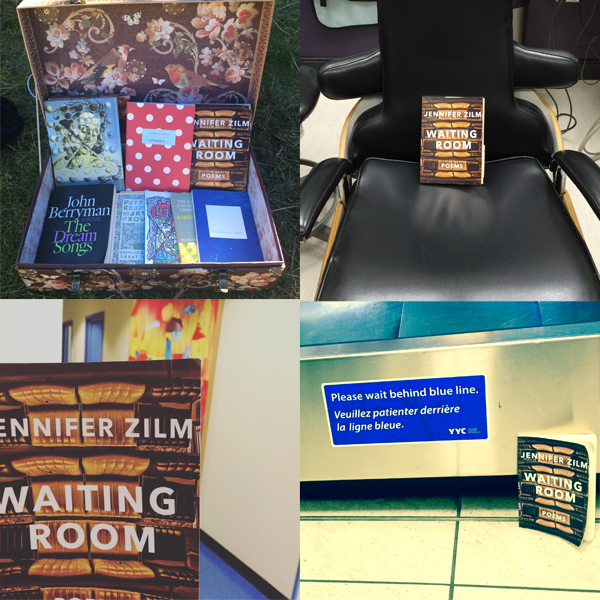 And of course, the book’s publication has opened up entirely new waiting spaces to me. I attended the Banff Writing Studio in May, and the book did a mini-tour of the Rockies and Calgary. Also included in the tour: a motels in Saint Catherines, the back stage of the Garrison at the BookThug spring launch, the stage at the Art Bar, a church in Waterloo (which had a preacher’s cheat sheet taped to the pulpit in case the preacher forgot the Lord’s Prayer). I like to pose the book next to complimentary Gideon’s Bibles (which I always help myself to).

Of course, the best part is now Waiting Room will visit rooms independent of me. One of my favourite past times now it to go on WorldCat.org and discover which libraries now house Waiting Room in their stacks. Last time I checked, Harvard had a copy so Waiting Room has officially infiltrated the Ivy League. My sister has been buying copies and strategically planting them throughout Vancouver. If you see a lonely book with a lovely sans serif font on a bench in train station, maybe pick it up and peruse it.

Vancouver-based Jennifer Zilm received a B.A. and an M.A. in Religious Studies from the University of British Columbia and was a doctoral fellow at McMaster University, where her (unfinished) dissertation focused on the liturgical and poetic texts in the Dead Sea Scrolls. A graduate of Simon Fraser University's Writer's Studio and the Humber College School for Writers, Zilm's writing has been published in numerous journals, including Prism International, Prairie Fire, Grain, CV2, The Antigonish Review, Vallum, and Women in Judaism and Poetry. Zilm is the author of two chapbooks: The whole and broken yellows (2013) and October Notebook (2015). Zilm has been a finalist for many contests, including The Malahat Review's Far Horizons Award and CV2's 2-Day Poem Contest. A draft of Waiting Room was shortlisted for the 2014 Robert Kroetsch Award for Innovative Poetry. Waiting Room is her debut book of poetry. Learn more at www.jenniferzilm.com.

Thanks so much to Jennifer for sharing the waiting rooms behind  Waiting Room with us, and to Hazel from BookThug for making the connection! For more Under the Cover stories, click here. 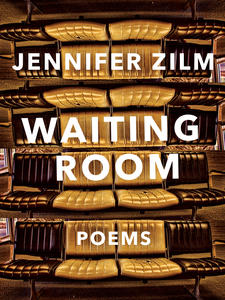