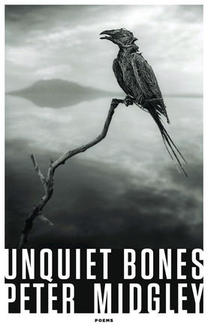 Peter Midgley's latest poetry collection  Unquiet Bones (Wolsak & Wynn, 2016) is an uncompromising reflection on how language tethers us to place: places we've come from and places we settle in. Drawing inspiration from HBC archives, Peter's collection showcases a "Janus-faced awareness" to the world around us, one where we are looking both back and ahead, and existing somewhere in between. Peter shares how Unquiet Bones came to be, below.

A few beers into a discussion, a friend of mine challenged me to a duel: he would write his book only if I promised to write a poem in response to each chapter. I thought no more of the challenge until he delivered the first chapters and demanded his poems. That’s how I found myself in the Hudson’s Bay Company archives in Winnipeg. When I came across extracts from the annual reports sent by HBC factors to the Company headquarters in London, I knew I had found gold.

What struck me was how poetic the language of the reports seemed: the slight foreignness of nineteenth-century English, the elegance of the author’s attempts to convey importance not through figures, but through detail. Oh, there were stats and figures, but they receded in prose that revealed the character of the hand that had drafted those words, and the trials and tribulations it had faced in a new place. 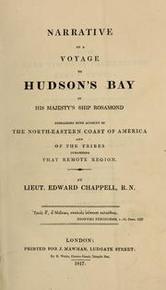 At one point, I came across a passage in Edward Chappell’s Narrative of a Voyage to Hudson’s Bay that described in some detail the process of “grappling,” – tying a ship to an ice floe to shelter it from a storm. As an immigrant myself, it struck me that this is exactly how immigrants attach themselves to this country. We tether ourselves to the nearest iceberg and sit out the storm.

My friend’s challenge became the mooring place where I could tether myself to this land poetically after more than a decade adrift in words. A place to find a new voice.

As a child in South Africa, I lived two houses down from the commando headquarters of the local South African Defence Force at a time when the country was at war in Angola. Troops and materiel were everyday occurrences outside my back door. Looming over our house like an iceberg was the block house that guarded the railway line during the South African War. Amid this history of turmoil, I sought shelter in words and discovered only that life was Janus-faced: simultaneously looking forward to the future and back at our past; the present huddled in the collision-path between the two.

That Janus-faced awareness of the world underpins Unquiet Bones. I search through time for connections to our contemporary world. For instance, “how to build a winter road” combines a young immigrant’s experience planting hay for the City of Edmonton’s Roads Department – hay was then used to soften the soil in winter – with Peter Dahl’s task of building a winter road from Norway House to Lake Winnipeg. 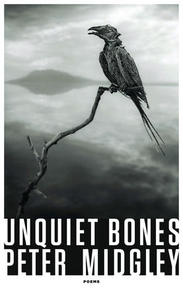 “peter dahl laboured” is a poem that speaks to the labour conditions of immigrants and refugees. Refugees do not arrive on a free ride. They have to pay back the cost of relocating, just like Peter Dahl, the indentured labourer, who had to pay off his passage. And yet, like Peter Dahl and his wife, who became founding members of the Red River Colony, many contemporary newcomers and their descendants become integral to Canada’s history and its future. It is up to us to determine that future by listening to the voices of the people of this land who tell us of its past.

Unquiet Bones is a book in which worlds collide. I explore the ways in which we become tethered to land and to each other through history and its particular violences. We never lose our pasts, but we do gain new futures. This collection is about those intersections between worlds and times; about the tension of belonging in different places at the same time; about adding new voices and experiences to the shelter that exists on the leeward side of Canadian literature.

Peter Midgley is a poet and storyteller. He has performed in several countries around the world and has published three children's books, one of which, Thuli's Mattress, won the International Board on Books for Young People Award for Literacy Promotion and has been translated into twenty-seven languages. He is also the author of two plays and a bilingual volume of poems, perhaps i should / miskien moet ek, which appeared with Kalamalka Press in 2010. A second collection of poetry, Unquiet Bones, will be published by Wolsak & Wynn in 2015.

Thanks so much to Peter for writing this piece for us, and to Emily at Wolsak & Wynn for making the connection. 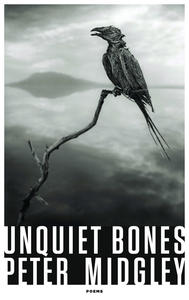