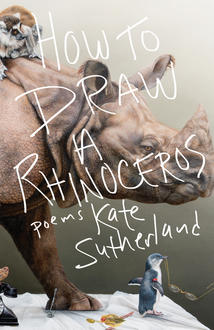 Under the Cover: How to Draw a Rhinoceros, from Porcelain to Poetry

"At first I fancied I was actually learning about rhinoceroses, but before long I realized that, particularly from the historical material, I was learning about Western perceptions of the rhinoceros over the centuries. I began to look to images as well as texts, to explore the representations by which those perceptions were shaped and spread."

Poet Kate Sutherland talks about the rhino and its various representations throughout history, the genesis for her debut poetry collection,  How to Draw a Rhinoceros (BookThug).

See more details below
Tagged: how to draw a rhinoceros, kate sutherland, under the cover, bookthug

The genesis of How to Draw a Rhinoceros can be traced back a couple of years to a visit to an exhibition of ceramic animals at Toronto’s Gardiner Museum. Of all the wonderful creatures I saw there, the one that most captured my imagination was an 18th century rhinoceros statuette made at the Meissen Porcelain Factory. The accompanying note indicated that this was Clara, the ‘Dutch’ rhinoceros who had taken Europe by storm over a couple of decades of touring in the mid-1700s. My interest was piqued, my rhinoceros research soon began, and rhinoceros poems followed shortly thereafter. 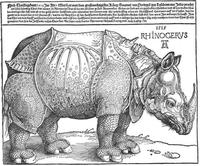 At first I fancied I was actually learning about rhinoceroses, but before long I realized that, particularly from the historical material, I was learning about Western perceptions of the rhinoceros over the centuries. I began to look to images as well as texts, to explore the representations by which those perceptions were shaped and spread. 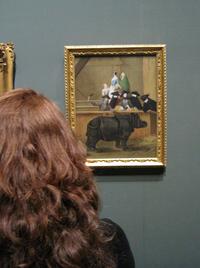 The internet is a wondrous place to find and view such images from the comfort of one’s own home. But perhaps because it all began tactilely with that small, porcelain rhinoceros, I was determined to see things firsthand whenever possible. And so began a series of side trips in search of rhinoceroses whenever work travel took me to a likely location.

Sometimes I was thwarted. The British Museum in London possesses a first edition print of Dürer’s iconic rhinoceros woodcut, but it’s not on permanent display. I had to make do with prints and postcards from the gift shop. And though the University of Glasgow library has in its special collections a copy of one of the broadsides that advertised Clara’s travels through England, when I turned up to request a look, I was told that the fragile scrapbook that contained it had been sent out for repair. 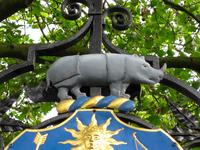 But more often my quests were successful, and I wove the artefacts they led me to into poems. In London, I saw Pietro Longhi’s Exhibition of a Rhinoceros at Venice at the National Gallery, and George Stubbs’ Painting of an Indian Rhinoceros at the Hunterian Museum. I also tracked down multiple renditions of the Apothecaries’ crest, each with a rhinoceros figure at its centre, at Apothecaries’ Hall and the Chelsea Physic Garden. In Washington, D.C., I saw one of the rhinoceroses that Teddy Roosevelt killed on his 1910 trip to Africa, still on display at the Smithsonian’s National Museum of Natural History. And in New York, I wandered Carl Akeley’s Hall of African Mammals at the Natural History Museum and examined some of his pioneering taxidermy work. 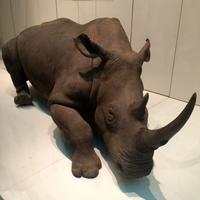 Finally, it seemed crucial to move past the representations and see a rhinoceros for myself. I’m not keen on zoos, but it was the only way, so off I went to the Toronto Zoo, and spent an afternoon observing one of its Great Indian Rhinoceroses ducking in and out of a pond in the enclosure (it was either Ashakiran or Vishnu—they only had two then though they have since added a third with the birth of calf Nandu). With the book now complete and out in the world, I couldn’t call it research, but what I wouldn’t give for a chance some time to see a couple of rhinoceroses wandering free in their home habitat. 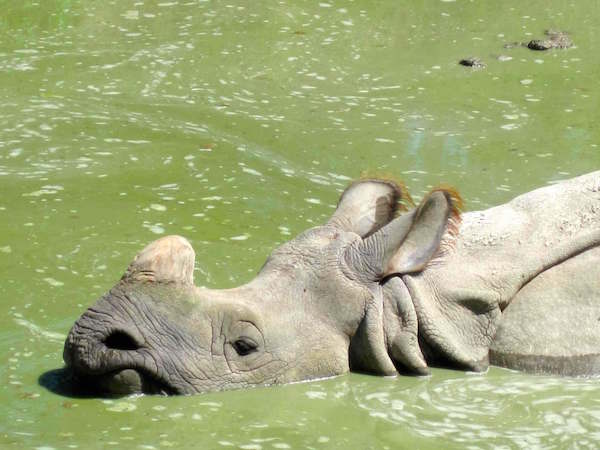 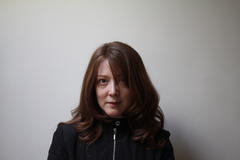 Kate Sutherland was born in Scotland, grew up in Saskatchewan, and now lives in Toronto, where she is a professor at Osgoode Hall Law School. She is the author of two collections of short stories: Summer Reading (winner of a Saskatchewan Book Award for Best First Book) and All In Together Girls. How to Draw a Rhinoceros, Sutherland's first book of poems, is out now from BookThug, released in the fall of 2016.

Thanks so much to Kate Sutherland for sharing both the genesis and continued inspiration for her fantastic debut poetry collection, and thanks also to Hazel at BookThug for making the connection. For more behind-the-scenes looks at your fave independently published books, click here. 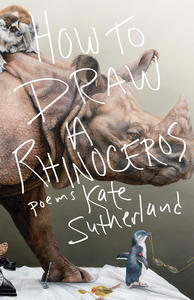 How to Draw a Rhinoceros