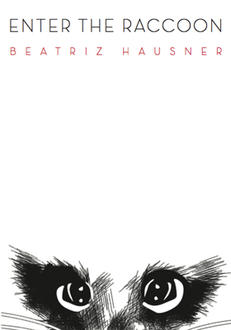 Raccoon VS Bear: A Cage Match, In Conversation with Beatriz Hausner

In 2012, BookThug published Enter the Raccoon, a short narrative book by Beatriz Hausner. If Bear was strange for its relationship between human and animal, wait until you meet Raccoon, a human-sized Raccoon with a rather delightful prosthetic who lives in Toronto, an urban centre home to the largest population of raccoons on the planet.

By now most book-toting, CanLit lovers have probably seen The Toast article about all the CanLit books that sparked a resurgence in the 70s novel Bear by Marian Engel; we even did an homage to it with our recent Cover Collage entry. Not to be outdone on the CanLit beastiality scale, BookThug publisher Jay MillAr sat down with Beatriz Hausner, author of Enter the Raccoon, which he published in 2012. 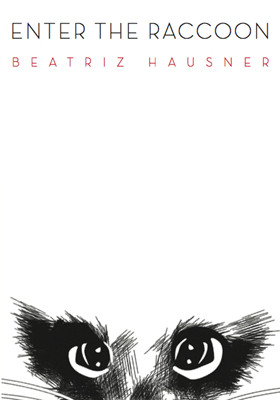 There has been some renewed interest in the media recently about Bear, a novel by Marian Engel originally published in 1976 by McClelland & Stewart, the former Canadian publisher. The winner of the Governor General’s Award for fiction, in a nutshell Bear is a short novel about a woman’s erotic relationship with a bear. Lou, a lonely, middle-aged archivist, travels away from her home in the city to a remote island somewhere in Ontario where she has been placed on a research assignment. There she befriends the only creature nearby: a domesticated bear left behind by the previous owners of the estate she is archiving who lives chained to one of the outbuildings. The two go for walks through the forest, go swimming together in the river, and spend evenings in the library by the fire, Lou reading and the bear napping. Eventually they become lovers – of sorts. A terrifically strange novel nestled deeply in the classic Canadian tradition that examines the relationship between the human and the natural world, Bear was a strange novel in 1976, and continues to attract interest nearly forty years later.

In 2012, BookThug published Enter the Raccoon, a short narrative book by Beatriz Hausner. If Bear was strange for its relationship between human and animal, wait until you meet Raccoon, a human-sized Raccoon with a rather delightful prosthetic who lives in Toronto, an urban centre home to the largest population of raccoons on the planet. Since these two books are related for their unique takes on the subject of Canadian bestiality, it seemed fitting for publisher Jay MillAr to sit down with Beatriz and talk about Engel’s bear and her raccoon.

Jay MillAr: The species of Bear is related to the species of Raccoon biologically. Is Raccoon of Enter the Raccoon related in any way to the Bear of Marian Engel's novel? How are they similar and/or different?

Beatriz Hausner: In the beginning I too assumed that raccoons were bears, because in the Spanish of my childhood they are referred to as osito lavador, or “little washer bear.” In fact, raccoons are related to the ring-tailed cat of the Southwestern United States. I explore this misconception in Enter the Raccoon, in the context of the value we attribute to the naming of things, to language itself. I must confess that I had not read Marian Engel’s Bear, even though I actually got to meet Engel when, as a teenager my parents took me along to a party at Gwendolyn MacEwen’s house. They were very good friends. I studied French and Spanish literature in university, and somehow I missed Bear in my later playing catch-up with CanLit. After recently reading Bear, however, I can say that our books are quite unrelated: Engel’s vision and its expression is naturalistic, realist, while Enter the Raccoon is one hundred percent a construct, a kind of collage, albeit one that uses narrative prose as principal tool, but which, in the end, subverts both reality, and the concept of narrative fiction. Nonetheless, the two books are the result of a deep interest in Eros and its connection to the natural world.

JM: Engel's Bear is filled with tropes that deal with human/animal relations (human vs nature). How does Enter the Raccoon respond to such tropes? 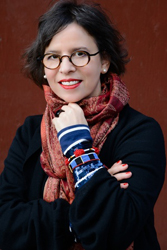 BH: Bear and Enter the Raccoon do share one preponderant element: the challenge of rendering, through language, the sensation of being in intimacy with an animal. Engel does this with great stylistic elegance. She was an outstanding writer. There is no question that the bear in her novella is real; no matter how tame, it is an animal that can, at any moment, revert to its “bear” nature, become violent, attack the female protagonist, even. Engel’s bear behaves entirely as it should: it eats, it swims, it sleeps, emits bear sounds. The erotic relationship between the bear and the female protagonist is in strict obeisance with the bear’s inherent nature. For example, the woman in the novella must adapt to the bear, position herself so that he/it can bring her to ecstasy by licking her with its enormous tongue. By adapting her body to the bear’s nature and behavior she ends up directing her own pleasure, so that, in the end, she can control the bear, but only to a point.

Raccoon is not “real” in that way. Rather, Raccoon is an invention, at once man, animal and machine. Raccoon as a combined being is closer to the notion of a cyborg. Certainly it is not a representation of anything that exists in the world. It is not even a “ready-made,” in the sense that Duchamp conceptualized it. I am not driven to represent, nor describe reality. I am interested in the possibilities that reality affords me, yes, but only as part of a larger, multifaceted version of itself, including all that is not seen, nor heard, that which is sensed and imagined. In this way, the visible, the “real” forms only one part of the whole, which consists of elements juxtaposing, clashing all over the place. I am not constrained by the needs of “believability”: when my protagonist straddles Raccoon-man (she does so dressed in a [man’s] suit made of the most feminine shimmery fabric imaginable), she can be penetrated by Raccoon without adverse consequences. By contrast, when Engel’s character tries to elicit the bear to make love to her in the way a man would, the animal reacts like a bear: its hurts her with its knife-sharp claws and runs off, leaving her bleeding with open wounds on her back. In Engel’s Bear nature dictates that sex remain foreplay, lest it destroy the protagonist. In Enter the Raccoon, sex is limitless in its possibilities, affording the female protagonist a kind ecstasy that transcends the constraints imposed by nature.

JM: Engel's main character is an archivist who goes into the wilderness to befriend and become the "lover" of a domesticated bear. Can you discuss the relationship between rural and urban in Enter the Raccoon. How about wild vs domesticated creatures?

BH: It’s interesting, what you say, Jay… Engel creates a character that is an archivist. I am a professional archivist and make my living working as a librarian. Engel takes her character into the northern Ontario bush, and has her meet a “domesticated” bear. I don’t need to go anywhere to meet my wild raccoon: he’s right here, in Toronto, and I’ve come across him many times outside the library where I work! In other words, it is exactly as I have always understood it: the inside is the outside, the wild resides in the urban. At least for me it does. Raccoon is wild, but certainly artificial also. It must be thus, so as to stir in me, its creator, all those feelings that Engel’s “real” bear awakened in her: fear, attraction, love, repulsion. Raccoon is only possible because it is a creature of its time, a dominantly urban time, where intimacy with technology effects deep changes in one’s relationship with the natural world.

JM: Bear as a character is a product of 1970s Canadian Nationalism. As a piece of 21st Century Canadian Literature, what sorts of isms does Raccoon respond to?

BH: I am reluctant to limit myself to one ism over another ism. However, there is no doubt that my formation as a writer inside the texts and images of the international surrealist movement informs the way in which I see and express the world. Surrealism proposes a way of understanding reality that is liberating and transformative. My work adheres to that philosophy and is, in that regard perfectly at home in the landscapes, urban and rural of this place we call Canada.

JM: Who do you think would win a cage match? Engel’s bear or Hausner’s Raccoon? Be honest!

BH: Raccoon would, if I may be so bold. Because he's flexible, mutable, able to transform itself into anything its author, and by extension its reader, wants him to become. Furthermore, the protagonist getting on top does not threaten Raccoon! Raccoon is the perfect lover, here and now.

July 30, 2014
Poetry City: Let's get physical in Northern BC and Alberta