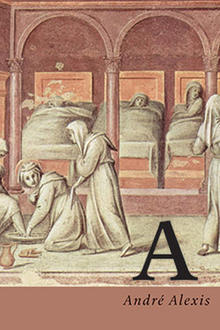 Under the Cover: How A BookThug Book was Born

How does a book come to be? Sometimes it's the author who seeks out the publisher, but not always. Here Jay MillAr, publisher of BookThug, which is arguably Canada's most daring and innovative literary book publisher, shares the story of how one of his most recent publications, A by Andre Alexis was years in the making.

See more details below
Tagged: A, Andre Alexis, BookThug, Under the Cover

How does a book come to be? Sometimes it's the author who seeks out the publisher, but not always. Here Jay MillAr, publisher of BookThug, which is arguably Canada's most daring and innovative literary book publisher, shares the story of how one of his most recent publications, A by André Alexis was years in the making.

THE STORY BEHIND PUBLISHING A by ANDRÉ ALEXIS 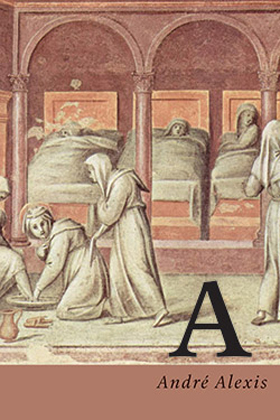 The truth is that I have been stalking André Alexis for years, at least as a reader. Ever since I read his first book Despair and Other Stories of Ottawa I was hooked. What a curious and interesting book that was, and still is. Back then I wasn't a publisher, at least not the way I am now. Back then I was a clerk in a used bookstore who tinkered around with his own version of language. I made small unassuming editions containing my work and the the work of other local writers. But I read all kinds of things, and one of the things I stumbled upon in the bookstore I worked at was a copy of Despair that had been owned by the poet Sonnet L'abbe, and I bought it and read it.

After that I read everything published by André Alexis.

My friend Stephen Cain and I (Stephen worked part time in the same bookstore) was also a fan of André Alexis. It was around the time that High Fidelity was out, a narrative that demonstrated to all the geeky wonders of the top ten list. Since the only lists of books available to us were the boring bestseller lists in the national newspapers, we started making our own lists of things in the literary world: novelists, poets, best books, worst books, best surrealist texts, best Toronto books, best books from Prince George BC, best books by women, best books by queer authors, etc etc; we even made up lists of imaginary publications by our favourite authors.

Together we decided that André Alexis deserved to be within the top five of what we believed to be the greatest prose writers in Canadian history.

Anyway, time went by. Among all the other literature I was consuming, I continued to read André Alexis' work, and it continued to stand against everything else in my attention quite easily. And BookThug grew as a publisher. Eventually we were publishing not just books of poetry but books of prose fiction, and with one of these books we were trying to figure out who to ask for a blurb. The author had met André at a party once, and felt that his curious blend of the fictional at the edge of reality was something akin to her own work. It turned out her landlord knew him and had contact information, which he was only too happy to share. So suddenly I was writing a note to André Alexis, who up until now was a fairly fascinating fictional creature in my mind.

I introduced myself. I admitted to being a fan. I offered to send him copies of some of the books that I'd published. Finally, I asked: would you consider blurbing X? The reply: "I don't do blurbs. But I would love to receive some books." I sent him the books, along with a note suggesting that if he ever felt like he had a manuscript that he thought might suit BookThug's aesthetic, even if it was a short manuscript, I would be happy to read it.

A few weeks later I received a note from André along with a manuscript called "My Vagina by André Alexis" which is an essay about André Alexis' vagina. We issued it as a limited edition chapbook with letter press covers that we gave to our subscribers as a year end gift. Each copy was lettered and signed—there were 52 copies in total. It was fun to work on that little publication, and I recommend everyone try to find a copy (good luck)!

Based on that experience André sent me another manuscript, this one simply titled A. As I read it I was struck by the strange co-incidence of the narrative—A begins with a story of literary pilgrimage as the main character tries to track down a poet whose work he thinks is among the best ever written. I smiled a little at that, since in a way the narrative echoed my own relationship with André. I also smiled a lot for other reasons. A is a fairly short work (the published book is 80 pages in length) but there is quite a lot of ground covered, possibly more than in an average full length novel: the question of inspiration is a main theme, of killing your heroes, literary fame, as well as curious descriptions of Toronto's literati are some of the things that one will encounter.

Another thing one will encounter in this book is a character based on the author David Gilmour. When we launched the book this month it was only a few days after what has become known as The David Gilmour Incident, and it suggested to me that not only is André Alexis a great writer, he is also clairvoyant.

BookThug is celebrating its tenth anniversary of publishing innovative books of poetry, prose, and creative criticism. Although Jay had been producing chapbooks long before that, it was ten years ago that BookThug published its first "book with a spine." So celebrate with them by ordering a book online before November 1, and you'll receive a free gift. And make sure to follow BookThug on Twitter while you're at it: @bookthug.

Happy Anniversary, BookThug. We wouldn't be the same without ya!