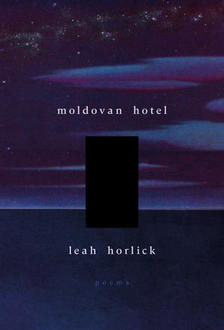 For years, the CIA used a government building — codenamed "Bright Light" — as a makeshift prison for its most valuable detainees. . .before they were ultimately transferred to Guantanamo Bay. . . Unlike the CIA's facility in Lithuania's countryside or the one hidden in a Polish military installation, [Bright Light] in Romania was not in a remote location. It was hidden in plain sight, a couple blocks off a major boulevard on a street lined with trees and homes, along busy train tracks. . .The CIA shipped in Halal [sic] food to the site from Frankfurt, Germany, the agency’s European centre for operations. Halal meat is prepared under religious rules similar to kosher food.
— “Inside Romania’s secret CIA prison.” The Independent, 8 December 2011

No one asked questions. It was
perfect—hide one government

within another. You kept it simple—water
and electricity. Threatened their mothers,

then pointed to the benevolent clock. Complained
your assignment wasn’t glamorous, that they kept you

inside, too. No one ever thinks
they might be the serpent. In the next world,

may water and electricity turn away
from you. May you be brought to a place

everyone swears could not exist. Impossible,
impossible. May they decline

to comment. When you resist,
let them say we checked your teeth,

as they confiscate your memory of the ocean
while everyone around you nods,

bored of seeing your
orange jumpsuit
on the news.

God forbid—it’s a terrible
way to go. Vector of rats

and possums, lice and fleas. Jail fever. Hazy
delirium. I have lived in the city long

enough to learn a few things DDT
was good for. I learn that the Nazis got so angry

at the Romanians because they just left the dead
Jews in piles, didn’t bury or burn them, and we

spread typhus into the groundwater, then to the Nazis.
Because I am gay I don’t believe in disease as metaphor

a docile forest monster, not the same as the CIA. I had hoped
to not grow up to be an old woman writing haltingly to some

church to say We regret to inform you that your archbishop
was a Nazi, but here we are.  It is hard to learn anything

at first about typhus because I have to scroll through
the weeds of fascists saying no no, it was all just

the disease, no one was ever made to dig their own grave
in the trees. Through the screen I can hear hundreds

if everyone gets sick. 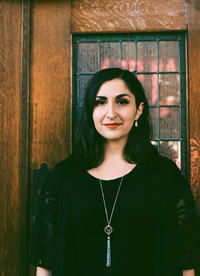 Leah Horlick grew up as a settler on Treaty Six Cree territory and the homelands of the Métis in Saskatchewan. Her first collection of poetry, Riot Lung (Thistledown Press, 2012) was shortlisted for both a ReLit Award and a Saskatchewan Book Award. In 2016 she won the Dayne Ogilvie Prize, Canada’s only award for LGBT emerging writers. That same year, her second collection, For Your Own Good (Caitlin Press, 2015), was named Stonewall Honor Title by the American Library Association. In 2018, her piece “You Are My Hiding Place” was named Poem of the Year by ARC Poetry Magazine and shortlisted for inclusion in the 44th Pushcart Prize by the Pushcart Board of Editors. Moldovan Hotel is her third book of poems. She lives in Calgary.