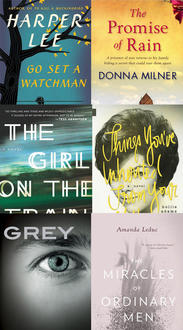 We at All Lit Up love exploring the deep corners of CanLit to see all that it has to offer (like  raccoon erotica, no, especially raccoon erotica), though also succumb to the bestseller list and the books we see, ubiquitously, on our daily commutes to HQ. If you too recently read a bestseller and are now looking for what’s next, check out our CanLit-friendly recommendations.

We at All Lit Up love exploring the deep corners of CanLit to see all that it has to offer (like raccoon erotica, no, especially raccoon erotica), though also succumb to the bestseller list and the books we see, ubiquitously, on our daily commutes to HQ. If you too recently read a bestseller and are now looking for what’s next, check out our CanLit-friendly recommendations. 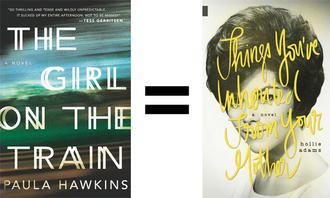 The Girl on the Train by British author Paula Hawkins has been a sweeping success, with everyone, their Uncle, and their Uncle’s dog reading this book. People have been reading this book everywhere this summer, indeed on trains, at the beach, and, from the very eyes of this ALU columnist, at an axe-throwing gym. TGotT begins with commuter and divorcée Rachel Watson, heading into London. Alcoholic and reeling from the breakup of her marriage, she begins to idealize the lives of a couple she spots from her train window.

Like Rachel, Carrie, the protagonist of Hollie Adams’ Things You’ve Inherited From Your Mother (NeWest Press), has turned to “heroic quantities” of booze, herself, after the death of her mother and the dissolution of her own marriage. Unlike Rachel, though, Carrie’s story is less harrowing than hilarious – a definite brain-bleach option for those shaken by Paula Hawkins’ thriller. 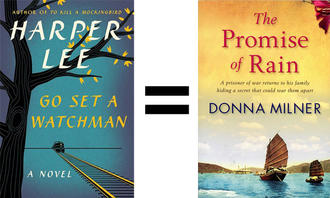 Go Set a Watchman = The Promise of Rain

The most pre-ordered (and quite possibly most anticipated) book of all time, Go Set a Watchman, debuted this summer to reported sellouts, mysterious origin theories, and a swarm of thinkpieces. As the sequel to Harper Lee’s masterpiece To Kill a Mockingbird, but also its precursor – it’s said that Lee crafted Mockingbird out of the first draft of Watchman on the advice of her editor – Watchman follows an adult Scout Finch in her return home to Maycomb, Alabama, where she discovers the extent of bigotry in both the town and within her own father, Atticus.

If you read Watchmen and are craving more tales of daughter-father antagonism, look no further than Donna Milner’s The Promise of Rain (Caitlin Press). Told partly from the perspective of 11-year-old Ethie Coulter, it tackles the scars unseen after tremendous hardship – in this case, the effects of capture on Ethie’s father in the Second World War, and how those in turn can impact the ones you love most. 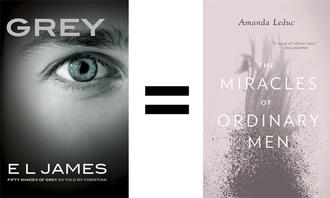 Grey = The Miracles of Ordinary Men

Another highly-anticipated 2015 book (though people might be less willing to admit they were waiting for this one to hit the shelves) is E.L. James’ Grey, a retelling of the megahit Fifty Shades of Grey from the perspective of the rich, 27-year-old businessman with definitive ideas about sexuality, Christian Grey. If you were one of the waiting ones; a) we won’t tell, and; b) we have another read for your follow up.

Amanda LeDuc’s The Miracles of Ordinary Men (ECW Press) is the upscale answer to your boss-employee fantasy craving. This otherworldly novel follows Lilah, a woman who seeks “sexual penance” from her boss in the aftermath of a family tragedy, and Sam, a man who begins to close off from the world as dark wings sprout from his back. 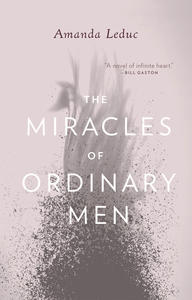 The Miracles of Ordinary Men 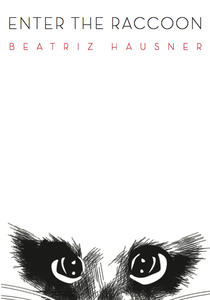 December 5, 2014
Raccoon VS Bear: A Cage Match, In Conversation with Beatriz Hausner