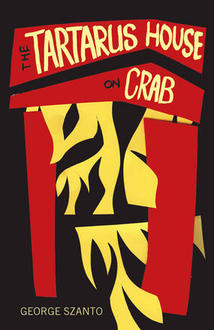 Read This, Then That: Dysfunctional Family Portraits

As your turkey-induced haze clears, the last of the pumpkin pie crumbs are swept into the bin, and maybe, maybe your belt is fastened back to its usual loop post-Thanksgiving weekend; you’re now able to soberly assess your family, its quirks, and your position within it. To help you along, we’ve paired two less-than-normal family reads together: deflecting or commiserating is totally your prerogative (we don’t judge).

Read This:  The Tartarus House on Crab by George Szanto (Brindle & Glass)

Then That:  Prairie Ostrich by Tamai Kobayashi (Goose Lane Editions)

As your turkey-induced haze clears, the last of the pumpkin pie crumbs are swept into the bin, and maybe, maybe your belt is fastened back to its usual loop post-Thanksgiving weekend; you’re now able to soberly assess your family, its quirks, and your position within it. To help you along, we’ve paired two less-than-normal family reads together: deflecting or commiserating is totally your prerogative (we don’t judge).

The first is George Szanto’s The Tartarus House on Crab. Szanto (whose new book Whatever Lola Wants released this fall) expertly crafts his characters as remnant shreds of families torn apart by death and dementia. The main character, widowed artist Jack Tartarus, returns to his family home on Crab Island, off the coast of British Columbia, to dismantle the house his parents built piece-by-piece. Armed with only a crowbar and the belief that the house was responsible for his parents’ deaths, he sets to his task only to find interruptions and admonishments at every turn: from his sister, herself widowed, his niece, equally stubborn, and a neighbouring woman, a troubling part of his past.

While Jack attempts to tear his house apart, Prairie Ostrich’s 8-year-old Egg Murakami is equally determined to piece her family back together. After the accidental death of her brother, Egg’s older sister Kathy is left holding the reins as her mother spirals into alcohol abuse and her father refuses to leave the family’s ostrich barn. Kathy, too, has troubles: her romantic feelings for her best friend Stacey are trumped by the small-town, 1970s mores of Bittercreek, Alberta. They are a family resembling the ostriches they foster: gawky, flailing, but capable of so much more than anyone thinks. Egg’s own worldview, informed by popular culture, dictionary entries, and her observations of ostriches at home and other children at school, are testament to that.

Both characters are determined to right wrongs in their respective family histories, to come to terms with tragedies that neither were ready to handle. Death looms over the Tartaruses and Murakamis alike, though it lies at the fringes of existing dysfunction, not at the heart of it. They contrast in their self-confidence: Jack is stolidly sure of himself, referring to others in his way as “small men” and never wavering in his conviction that the house must come down. Egg, on the other hand, keeps meticulous notes in her notebook, scrambling for a key to fix her family. Both characters burn objects – Jack all things big and small for the film that made his work famous, The Fire and the Phoenix, Egg her action figures – though their reasons too reflect their self-confidence. Jack burns to heal, letting go the loss of his wife; while Egg’s miniature pyres of her toy Evel Knieval are designated sacrifices, small offerings made to rectify what her family lacks.

Another similarity: both will make you look at your own family with fresh eyes. Read The Tartarus House on Crab, then Prairie Ostrich this post-Thanksgiving season.*

*These could take you right on through to the December holidays. 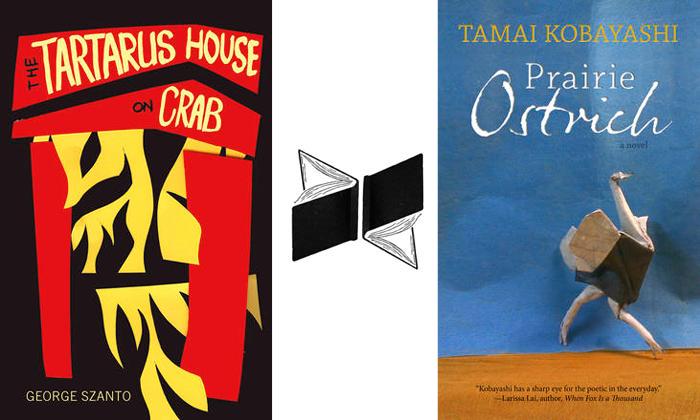 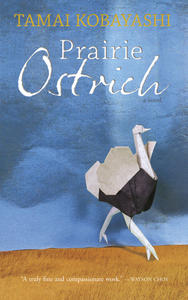 July 21, 2015
Read This, Then That: New Adult Fiction for the Literary Set