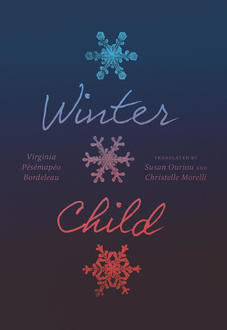 Translated from French into English, Virginia Pésémapéo Bordeleau's Winter Child (Freehand Books) is a raw, poetic novel about grief as a Métis woman traces the life and death of her son. The Montreal Review of Books says of the novel: "Pésémapéo Bordeleau has woven together an exercise in sitting with and moving through pain." We delve into the protagonist's experience as a woman shaped by the men in her life and the invisible labour of motherhood.

Virginia Pésémapéo Bordeleau’s lyrical, powerful novel Winter Child (translated from its original French by Susan Ouriou and Christelle Morelli) opens with this quote from Marie Uguay, a French Canadian poet who died in 1981 at the age of just twenty-six: 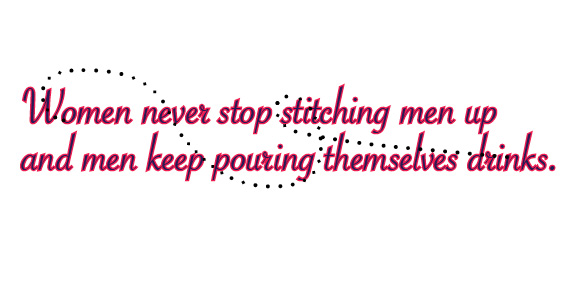 Uguay’s quote gets at the “emotional labour” that so often falls to women. That might be the seemingly minor details like remembering birthdays, or the unofficial role as “family caregiver” – assumed, taken for granted. In the case of Winter Child, Uguay’s quote is particularly apt – our narrator feels responsible for the men in her family, who seem bent on their own destruction.

Much of Winter Child is told in the voice of the main character, a Cree-Métis woman who is an artist, in inner conversation with her late son (the winter child) and her late father. “I had lost both the man who fathered me and the one I gave birth to, one absence behind me, one ahead… with my son’s death, my male line has been broken, severed, destroyed.” She has been shaped and deeply altered by the men in her life, by her role that fell to her, to keep the family going.

Winter Child’s narrator can’t help but take on so much. Her thoughts often return to a childhood that was cut short. As the eldest sibling, she assumed responsibility for the younger children. She recalls her father’s disappointment that she was a girl instead of a boy, the neglect she felt from him. And she recalls, too, his encouragement of her artistic endeavours, his past shrouded by residential schools and wartime combat. As in real life, nothing is simple; no one is one thing only.

She reflects on her son’s first taste of alcohol when he was only a child, curious about the beverage that his relatives had such a complicated relationship with: “That drink, the effect it had and its taste, would never leave him.” From the night that the winter child was born, his mother knows that his life will be hard: “she would have to battle to keep him with her, to defend him against the worst of all enemies.”

In the Montreal Review of Books, Lindsay Nixon writes about Winter Child: “The mother reflects on her painful relationships with the men in her family in an attempt to forgive her father and brother, and to become a better person herself. As Leanne Betasamosake Simpson has said in This Accident of Being Lost, she learns to raise her children to be the person she could have been.”

After her father’s and her son’s deaths, the Winter Child narrator traces a new course for herself. Without the crushing weight of responsibility for their well being, who is she? Who is she, beyond a mother, a daughter? And though her grief takes her through the darkest of valleys, she ultimately comes through to see the generosity and warmth of life. She has been shaped by the men in her life, but is not defined by them alone. Part of her inspiration is her family’s “female line.” The narrator’s sister “holds her head high and perseveres, day in, day out, with patience and grace. She and her family are my pillar, my spine.” They provide her with the strength to carry on.

Thanks to Kelsey at Freehand Books for sharing Winter Child with us for this edition of Quoted. Click here for more Quoted. 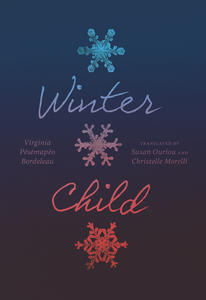