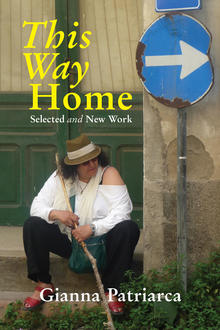 Containing selections from her previous poetry collections as well as new poetry, Giana Patriarca's This Way Home (Guernica Editions) is a collection of verses written as an act of survival and acknowledgement of an immigrant woman's existence at a time when support and encouragement was as limited as visibility. Below, we share selections from the collection read by Gianna herself.

"Gianna Patriarca has contributed decades of intense and inspiring poetry to the Canadian literary landscape. She writes about the passion of immigrant communities, anger, love, the rough broken skin of workers' hands, fierce young women who defy their fathers' belts and ultimately the practicality of survival. Patriarca offers us hauntingly powerful poems with a spirited humour and a full heart."

"All of Gianna’s poetry is an existential voyage of an immigrant woman’s physical and emotional journey[s]. This is what we find in This Way Home; on the one hand, a testimonial to the story of a woman born in a small town in the province of Frosinone, east of Rome and, on the other, the chronicling of the gender aspect of our narrator’s migratory Italian/Canadian existence and her subsequent life experiences in Canada. As shall become apparent, the foundation of Patriarca’s poetry is twofold in nature. It is, on the one hand, a physical/sentimental trajectory of women whose existence, precisely because they are women, is situated in a de-privileged and disenfranchised socio-familial position vis-à-vis their male counterparts. On the other hand... Patriarca’s trajectory is also epistemological: as a woman in a man’s world, she has stepped over the Cartesian threshold of Cogito ergo sum. She now “thinks”; she has constructed an “Andersdenken, un altro pensiero, il pensiero dell’altro”."

Revisiting the Street of Widows - This Way Home, Gianna Patriarca

i am ciociara - This Way Home, Gianna Patriarca

Gianna Patriarca is an award-winning author of 9 books of poetry, a children’s book and a collection of short fiction. Her work is extensively anthologized, adapted for Canada Stage and CBC radio drama. Her books appear on the course list of universities in Canada, USA and Italy and have been featured in numerous documentaries. Italian Women and Other Tragedies is in its 4th printing and has been translated into Italian. Her collection of short fiction,  All My Fallen Angelas (Inanna Publications, 2016), will soon be translated into Italian. Her book of selected and new poems, This Way Home, was released by Guernica in Fall 2021. A children’s story will be published in 2022 with Second Story Press. Gianna is currently working on her novel The Sicilian’s Bride. 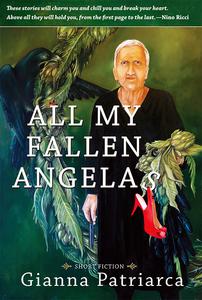 All My Fallen Angelas