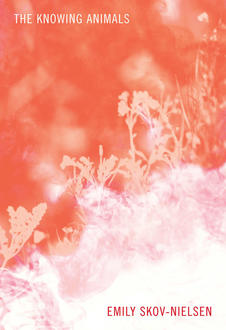 In her debut poetry collection The Knowing Animals (Brick Books) Emily Skov-Nielsen introduces us to dark theory of ecology that no longer sees nature as "other"—in which the constant thrum of human technologies can be mistaken for the trill of birdsong and the human body imagined as a vast and complex ecosystem.

The Knowing Animals delves into, disorders, and expands conceptions of wilderness, muddying the waters of what is considered “natural.” It asks questions such as “What is nature, and where does it end?” Deeply inspired by dark ecological theory, these poems blur human culture and technology with ecology, working against the notion that nature is “other.” This is a book of entanglements, of mash-ups: a cellphone tone is mistaken for birdsong; canary-coloured tulips are high-voltage; fireflies = bio-green satellites; Mother Earth is an Instagram personality; robins are red-breasted synapses firing.

The poems dance around in time, patching together a coming-of-age narrative that spans from girlhood to early motherhood, while twisting and turning through diverse  tones—scientific, Romantic, wistful, playful—and a menagerie of metaphorical associations involving botany, zoology, astronomy, mythology….Skov-Nielsen’s poetry resists simple summation and struggles to sit still.

Corporeality is as central to these poems as is the mind. The human body is imagined as a complex ecosystem intimately connected with the surrounding plants and animals. In The Knowing Animals, all lifeforms are celebrated and acknowledged as possessing their own particular intellects and ways of knowing. Life and its various messy components such as sexuality, reproduction, illness, violence and decay are keen interests that Skov-Nielsen humbly attempts to examine through both human and more-than-human lenses, refusing to shy away from the dark, the provocative, and the ambiguous.

Emily Skov-Nielsen is an MA graduate from UNB's English/Creative program. Her poems have been published (and longlisted in several contests) in journals across Canada including The Malahat Review, The Fiddlehead, The Puritan, CV2, Prairie Fire, and Prism International. She is the author of Volta (Anstruther Press, 2017). She currently works for The Fiddlehead, Atlantic Canada's International Literary Journal. In the past she worked for several years at a bookstore, was an Adult Education Instructor, and has dabbled in social work. She currently lives and writes in Fredericton, NB. 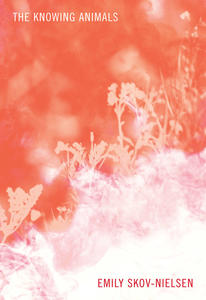 September 7, 2017
Where in Canada: The Fishers of (Cootes) Paradise