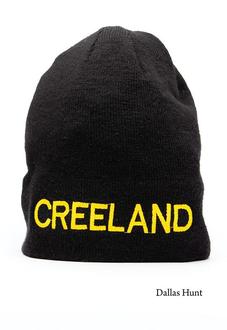 In the glow of a phone, through sleepless evenings, Dallas Hunt worked on what would become his newest poetry collection Creeland (Nightwood Editions), an unwavering affirmation for his connection to home in Treaty Eight (northern Alberta) and the inherent inability of colonial language to be able to fully articulate the complexities of Indigenous lifeworlds.

Discover more about the collection and find a reading of four selected poems from Dallas, below.

Unable to sleep some evenings, Dallas Hunt would begin to write poetry on his phone. Soon enough, a considerable accumulation of poems took form. As part of his community awareness, and hopes of sharing his work with Indigenous and Cree communities, Hunt hopes more discussions and sharing will come forth. Dallas Hunt's ambition with Creeland is for people to see Indigenous peoples as people, not deserving of the many violences they have faced, but also to recognize them as communities that thrive in each other's company. The collection also touches on family members, women in particular, who have been erased, and the longing to have known them.

"Here is an ode to northern Alberta, to the kokums and aunties who are worlds unto themselves, to the vastness and profundity of the Cree language. Dallas Hunt’s Creeland is tender and aching and intellectually exciting. Hunt uses the lyric mode to write another kind of public history about the prairies, one in which we Cree are always beautiful and indomitable. I can’t thank him enough for this." — Billy-Ray Belcourt

July 9, 2021
In House with Nightwood Editions for Indigenous History Month

June 24, 2021
In House with ARP Books for Indigenous History Month