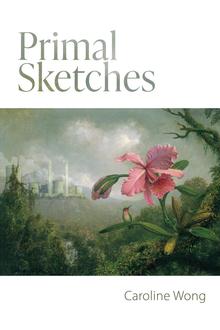 In a collection of narrative poems  Primal Sketches (Signature Editions), poet Caroline Wong considers how our actions profoundly effect the lives of fellow humans and the natural world around us. Below, Caroline tells about how her book—inspired by stories of harm to animals and violence suffered by women—"came almost out of their own accord, as though they had been compelled by a deeper, visceral imperative to have the stories reiterated, distilled and heard again." Read on for more about Primal Sketches and listen to Caroline read from her book.

This book was inspired by documented stories I came across in my reading about the harm done to animals in the wild and in the laboratory and the violence suffered by women who struggled to survive in places devastated by environmental and economic disasters, war and rebellion. As a response I wanted to write about their suffering and pain, to express my shock, empathy and compassion. I did not know how I would approach this until I sat down at my computer and began writing. The poems that emerged came almost out of their own accord, as though they had been compelled by a deeper, visceral imperative to have the stories reiterated, distilled and heard again.

In writing about the mindless, unthinking and habitual acts of violence that humans are capable of inflicting on fellow humans and other animals, I recalled the violence I saw in our village during the political upheaval in China when I was a child, that subsequently led to my uprooting and displacement, not only geographically, but also culturally and historically. This generated other poems which I added to the collection, poems about ancestry, family, immigration, personal travels and journeys—no doubt driven by my endless need to search for something that has been irretrievably lost in the process of uprooting: childhood home, self-identity, a place of belonging—the resilience of the human spirit and human courage, the redemptive power of memory to transform the absent into the present.

The poems in the collection are narrative poems, simple and direct. As in my other works, the humble aim is for the stories to be visually, emotively and viscerally apprehended and felt, for, on another level, Primal Sketches is also about who we are as mortal beings. In the final analysis, the bond we have with one another, with nature and the environment, with our past, history is circumstantial and tenuous at best. 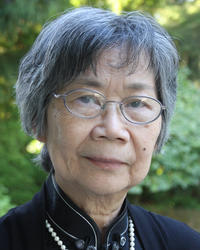 Caroline Wong came to Canada from China in her early teens and lived in Vancouver's Chinatown with her family from the 1950s to the early 1960s. She is a graduate of the Simon Fraser University's Writer's Studio and her work has appeared in Grain, Prism International, Rice Paper, the Prose Poem Project, and West Coast Line. She currently lives in Burnaby, BC.

Thanks to Caroline Wong for sharing  Primal Sketches with us, and to Ashley Brekelmans at Signature Editions for connecting us. Primal Sketches is now available on All Lit Up. For more Poetry in Motion,  click here. 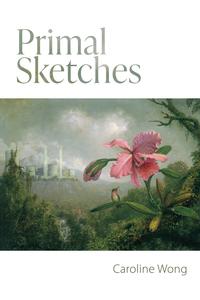 April 13, 2022
Medicine and Memoir: An Interview with Margaret Nowaczyk

April 25, 2019
When words like "spiritual" make you flinch from the contributors of Body & Soul