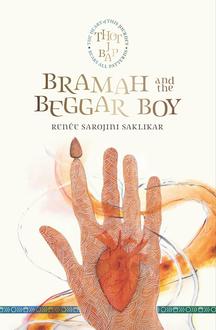 Renee Sarojini Saklikar’s epic journey, Bramah and the Beggar Boy (Nightwood Editions), is the first in a multi-part fantasy series in verse. This instalment, The Heart of This Journey Bears All Patterns (THOT J BAP) is steeped in the tradition of fairytales where a small band of resisters and survivors meet heartbreak and destruction with rhymes and resourceful skills such as soap and glass making, and a belief in the supernatural. Read more about Bramah and the Beggar Boy and hear Renée read two poems from the book, below.

Bramah and the Beggar Boy is the first book in an epic fantasy series in verse about a female locksmith and an orphan beggar boy who time travel, helping survivors in a world ravaged by climate change. Along the way they use cunning and magic to outwit the evil Consortium and join seed savers and outcasts to confront global disorder.

Bramah is brown, brave and beautiful, supported by her Grandmother and the Four Aunties of the Wishing Well. The Aunties foretell the future and teach survival skills, such as seed saving, soap and glass making—skills necessary in a world battling contagion and eco-catastrophes.

Renée reads "Overheard," a poem where we meet Bramah

In Part I of this book, Bramah and the beggar boy find a scroll containing the story of Dr. A.E. Anderson, who was born in the year 2020 and whose work as a scientist has been outlawed by Consortium. The doctor is connected to the Aunties of the Wishing Well.

Part II focusses on Abigail, the adopted daughter of Dr. A.E. Anderson. She is raised by Aunty Agatha of the Wishing Well. She travels to the Great Cities of Transaction—Paris, Ahmedabad and Bagdad—before becoming a portal traveller, battling Consortium, and falling in love with the scholar Bartholomew. This poem, "Around the Circle Called You Could Have," is in the voice of Abigail:

Renée reads "Around the Circle Called You Could Have," told in the voice of Abigail, the adopted daughter of Dr. A.E. Anderson, and the Women of the Wishing Well

Bramah and the Beggar Boy is Book One of THOT J BAP: The Heart of This Journey Bears All Patterns.

THOT J BAP is a bold, innovative saga, influenced by poems such as Homer’s Odyssey, ancient Vedic texts such as the Mahabharata, as well as The Arabian Nights.

Traditional poetry forms, such as blank verse and the son­net combine with news reportage and the science of climate change. Intricately structured, this dystopian fantasy creates a world where ballads and rhymes live with the sharp edges of docu-poetics.

This innovative work alchemizes fantasy, epic poetry, philosophy, climate change activism, gender and race politics. The poem is simultaneously a fantasy story set in a world of accelerated climate change; an exploration of language and poetry forms, from the traditional to docu-poetics; and a meditation on good and evil, from the point of view of a brown female hero. 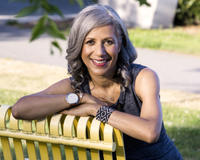 Renée Saklikar’s ground-breaking poetry book about the bombing of Air India Flight 182, children of air india, won the Canadian Authors Association Prize for Poetry and was shortlisted for the Dorothy Livesay Poetry Prize. Her book Listening to the Bees, co-authored with Dr. Mark Winston, won the 2019 Gold Medal Independent Publishers Book Award, Environment/Ecology. Trained as a lawyer, Saklikar is an instructor for Simon Fraser University and Vancouver Community College. She was the first Poet Laureate for the City of Surrey, (2015–2018) and was the 2017 UBC Okanagan Writer in Residence. Co-founder and curator of the poetry series Lunch Poems at SFU, Renée has seen her work adapted for opera, visual art and dance. Renée serves on the boards of Turning Point Ensemble, Poetry Canada, the Surrey International Writers Conference and The Ormbsy Review.

November 9, 2021
ALU Book Club: Intro to Seeds and Other Stories