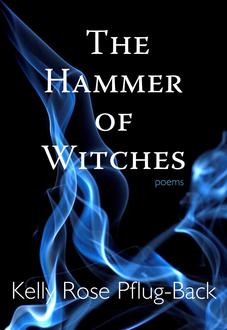 Brand new to our bookshelves is The Hammer of the Witches (Caitlin Press), Kelly Rose Pflug-Back's first full-length collection of poetry. With a dark and stormy mix of emotion and image, the collection contemplates belief, power and fear with a streak of magic that will have you questioning the boundaries of what is real. Read on for more about the collection and watch a couple selected readings from Kelly, below!

The Hammer of Witches (Dagger Editions, an imprint of Caitlin Press, 2020) is Kelly Rose Pflug-Back's first full-length collection of poetry. Named after the text which was used to prosecute those accused of witchcraft in the 15th century, The Hammer of Witches revolves around themes of mythology, folklore, horror, disability, and queerness. Kelly's poetic style often goes against the minimalism and precision of modern free verse, weaving elaborate and decadent tapestries of emotion and image. Reminiscent of Lucie Brock-Broido and Lynn Crosbie, Kelly's work dances between the mundane and the fantastical, infusing everyday life with strange and beautiful possibilities.

Blending lore and magic with contemporary questions around belief, power and fear, Kelly’s poems reaches from present-day urban dystopias to medieval settings. With macabre imagery and speculative elements, the poems blur the distinction between the real and unreal—a true grimoire for our times. Adèle Barclay said “The Hammer of Witches  revels in the grim beauty of modern fables and primordial desires. … a hiding spot you want to crawl into with all your beloved and broken bits.” Many poems in the collection are inspired by place and lived experience, composed in jail cells, rural motel rooms, and squat houses.

Kelly's fiction, poetry, and journalism have appeared before in places like Canadian Woman Studies, the Toronto Star, Ideomancer Speculative Fiction, Briarpatch, This Magazine, Goblin Fruit, Strange Horizons, and many others. Her work has received awards and nominations from the Rhysling Foundation, the P.K. Page Irwin Foundation, and the Great Canadian Literary Hunt. Her poetry chapbook,  These Burning Streets, was published with Combustion Press in 2012. Kelly holds a Bachelors in Human Rights and Human Diversity from Wilfrid Laurier University and a Masters in Development Studies from York University.

Keep it movin' with more Poetry in Motion on the All Lit Up blog! >> 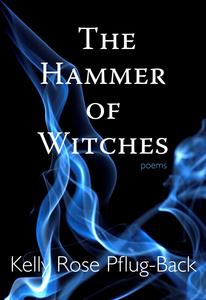 The Hammer of Witches