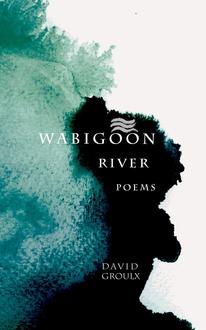 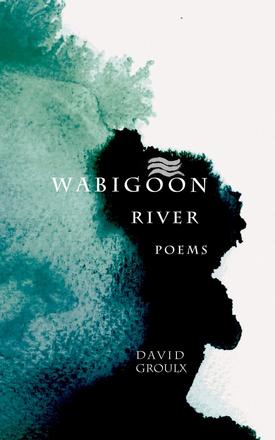 This month's featured title is Wabigoon River Poems, by David Groulx, from Kegedonce Press. Kegedonce Press is "a First Nations-owned and operated publisher committed to the development, promotion, and publication of Indigenous Peoples."

From the publisher: Written by award-winning writer David Groulx, this is a ferocious, erudite collection centred around an epic poem "Wabigoon River Poem(s)" which is breathtaking in its unflinching and wide-ranging look at oppression, genocide, revolution, and survival. These are Indigenous poems in a global context, tackling philosophy, history, epistemology, and placing Indigenous struggles alongside other battles, other atrocities, other genocides. Wabigoon River Poems draws upon Indigenous knowledge and traditions while pushing at the boundaries of what readers might expect Indigenous poetry to be.

To learn more about the devastating legacy of the mercury poisoning of the people of Grassy Narrows, check out some of these links:

Julia Horel: What is the Wabigoon River? What do people need to know about it and what happened?

JH: The publisher's description says this collection "draws upon Indigenous knowledge and traditions while pushing at the boundaries of what readers might expect Indigenous poetry to be." What do readers expect from Indigenous poetry?

DG: I think that most non-Indigenous readers expect Aboriginal literature to be something along the lines of Longfellow's Hiawatha or Pauline Johnson's Mourning Poems about a loss of Aboriginal cultures. I think that Canadians are unable to see Aboriginal people in the 21st century. This is a destiny I refuse to be delegated to.

DG: Well, let's stick with this collection. I'm not ready to look at my work as a whole. What I want readers to see with this collection is that the colonialism that took place in North America is part of the colonialism that took place around the world; it is a part of a larger narrative. In this way, I hope to create understanding and perhaps in some small way help to create solutions for Aboriginal people within Canada and perhaps the world.

JH: You've published several collections of poetry. What have you learned? Has your writing process changed?

DG: I don't think the writing process has changed, but I do believe I have grown more confident and there is a clarity to the questions that I want to answer.

JH: Which other works would you recommend to readers who want to read more Indigenous writers, poems and stories?

DG: I'm not any kind of authority on Indigenous literature. There are many great Indigenous writers out there, and anyone who bothers can find them easily.

[Editor's note: may we suggest David's other titles and the various books on  this list as great starting points?] 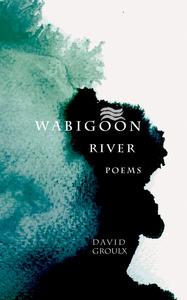