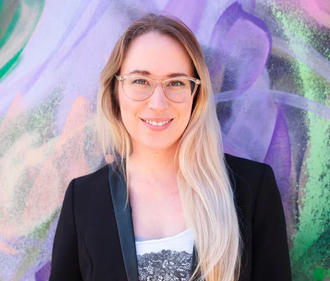 The worst thing is the wait. 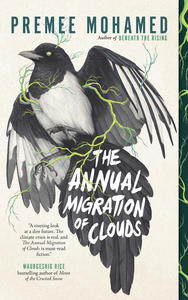 As a new acquisitions editor, I’m still getting used to the slow process of releasing my books out into the world. These are books that I’ve taken a chance on; put gobs of my time into; asked my co-workers to put gobs of their time into; asked the company to put gobs of its money into; and staked my reputation on. It is agonizing to wait for the reader reaction to a book after being steeped in it for years. Will they like it? Will they see what I see? Will it ever find its audience? This is how I felt throughout the year-and-a-half lead-up to the release of my first acquired title, The Annual Migration of Clouds, a post-apocalyptic eco-fiction novella by the brilliant Premee Mohamed. I can only imagine how much more stressful this must be for the authors.

When ECW Press hired me to support in editing and managing their titles, I was working part-time at a fantasy magazine called PodCastle, a labour of love that allowed me to acquire and edit short stories in my favourite genre and publish them in text and audio. Speculative fiction was my hobby, my passion. It turned out that science fiction and fantasy (SFF) literature was also a great passion of ECW’s publisher and CEO, David Caron, and he encouraged me to start my own SFF list at the company. Thanks to PodCastle, I found I was well positioned to do this, as I was already working with some of the finest SFF authors out there, sometimes encountering them before they had produced a full-length work. David took a chance on me, allowing me to shift my duties to focus more on acquisitions. Now I’m determined to craft a diverse, disruptive fiction list that effectively showcases the incredible talent of Canada’s best up-and-coming speculative fiction writers.

While in-house there’s a lot of genre passion, genre fiction is still somewhat maligned in Canadian literary circles. Few Canadian agents will accept submissions of SFF genre work, and come award-time, these books are frequently shut out of our highest literary prizes. CanLit has a reputation for being a bit stuffy. But the tide is turning. Several Canada Reads contenders in recent years have been speculative, and a number of Canadian independents are dabbling in or outright asking for speculative writing now. It helps that well-known and very well-respected authors in Canada’s literary world, such as Jael Richardson, Amanda Leduc, Vivek Shraya, and Catherine Hernandez, have been proudly writing speculative work in recent years. It seems that publishers, writers, and readers are seeing the opportunities presented by imagined worlds, in their unique ability to shine a critical light on ours, and taking a risk on them.

With Annual Migration, the risk paid off. The book ended up releasing to excellent reviews and was a leading fiction title for us, even garnering an award win and several nominations, including a few lists where genre fiction is still a rare find. I could rest easy; people were obviously connecting with the book as I hoped they would. But that feeling is coming up all over again. I have three more books coming down the pipeline in spring 2023. But the reviews are rolling in now, and it’s looking up already. Despite the stigma, it seems readers have a taste for the speculative.

A literary urban horror novel about a city eating itself, The Marigold by Andrew F. Sullivan weaves together disparate storylines, tapping into the realms of body horror, urban dystopia, and eco-fiction, while exploring the precarity of community and the fragile designs that bind us together.

The first in a new YA fantasy series by beloved author S.M. Beiko, The Stars of Mount Quixx stars the Ivyweather sisters, who team up with a dapper spider-like monster to rid the sleepy mountain town of Quixx of its dangerous fog.

The knights of the round table are alive and living in Vancouver in The Winter Knight by Jes Battis, a queer urban fantasy tale with a mystery at its heart.

Many thanks to Jen Albert for sharing the genesis of an exciting SFF line at ECW Press! Is it 2023, yet? 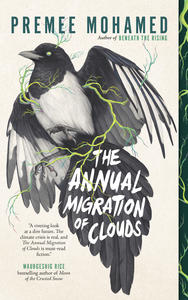