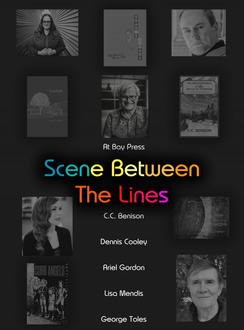 Winnipeg's At Bay Press looked at the outstanding community of writers and creators around them and thought - why not share their talents in a different way? And thus, the engaging Scene Between the Lines documentary series was born. At Bay publisher M.C. Joudrey tells us more, below.

Scene Between the Lines is a video series of the stories about the people who tell stories.

What if the people - those that create the work - that live, breathe, and are endlessly driven to do the work are the real story?

That’s the foundation of this extraordinary documentary series. Each episode captures a singular individual in front of a very candid lens, allowing the viewer to recognize that each creator’s story is as unique, beautiful, flawed and inspiring as the very stories they create. And we at At Bay Press have the lofty ambition of releasing an episode for every creator on our list.

The series touches on the complex nature of creators and why they, as human beings, go forth and make what they are compelled to create - the "stuff" we as readers covet, collect, consume, revere. This is the "stuff" that enriches our lives and makes them worth living, makes us think, changes our perspectives, makes us better, if only just a little bit at a time.

So, why tell the stories of the people who tell stories?

It’s more than just the idea of putting faces to the names of those who write, create pictures and poetry, and so on. Yes, seeing and hearing from a living, breathing human makes it all feel real, but what about the struggle, hustle, disappointment, joy, and satisfaction wrapped up in creation?

What happens behind closed doors?

Where do great ideas come from?

Where do bad ideas go?

How the hell do you tell one from the other?

And why do it in the first place?

With the help of the outstanding talent of videographer Sean Perraun, the Scene Between the Lines Series has endeavoured to answer good questions, put the focus back on the people creating the work we love and cherish, and allow the viewer an intimate glimpse into what is typically shrouded – whether by publishers or the creators and artists themselves. It’s a very honest, raw and revealing journey and we’re so humbled by what our creators are willing to share.

M. C. JOUDREY is an award winning Canadian writer, artist and designer. His second novel Of Violence and Cliché was released September 2013, followed by his collection of short stories Charleswood Road: Stories in August 2014, which was nominated for a 2015 John Hirsch Manitoba Book Award. His novel Fanonymous was released in 2019 and won the Independent Publisher gold medal for best work of fiction for Western Canada. It was also nominated for two Manitoba Book Awards, including the Margaret Laurence Award for best work of fiction. M.C. Joudrey has been a member of the submission selection committee for the CBC Short Fiction Prize and a jury member for the Manitoba Book Awards. As a designer, his work has been awarded two Alcuin Design Book Awards and the Manuela Dias Manitoba Book Award for Design. He is also a bookbinder and a number of his works are held in galleries internationally.

Many thanks to M.C. Joudrey at At Bay Press for sharing more about the Scene Between the Lines series with us! We can't wait to catch more of the series. 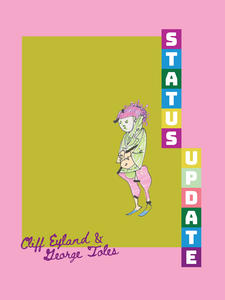 In Review: The Week of Feburary 10th

January 28, 2015 by Sean Cranbury
The Movement Beyond Tropes (f*ck your gaydar): Orange is the New Black and CanCon Find Common Ground