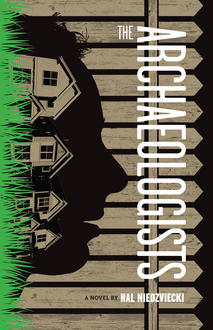 In House: The Archaeologists and the Return of the Serial

ARP Books first told us about Hal Niedzviecki's new novel The Archaeologists way back in March of last year. In addition to being a novelist and non-fiction writer, Hal is also the founder and fiction editor at Broken Pencil magazine. Needless to say he knows books, magazines, and marketing. At the time ARP told us about the book, they mentioned a serialization project for the novel that Hal had organized with five different Canadian magazines: starting in June, the magazines would publish chapters of the book in their online pages all the way up until publication. We thought this was a really cool idea and kind of a throwback so we asked Hal to tell us a little bit more about the process and what effect, if any, it had on how the story evolved.

ARP Books first told us about Hal Niedzviecki's new novel The Archaeologists way back in March of last year. In addition to being a novelist and non-fiction writer, Hal is also the founder and fiction editor at Broken Pencil magazine. Needless to say he knows books, magazines, and marketing. At the time ARP told us about the book, they mentioned a serialization project for the novel that Hal had organized with five different Canadian magazines: starting in June, the magazines would publish chapters of the book in their online pages all the way up until publication. We thought this was a really cool idea and kind of a throwback so we asked Hal to tell us a little bit more about the process and what effect, if any, it had on how the story evolved. 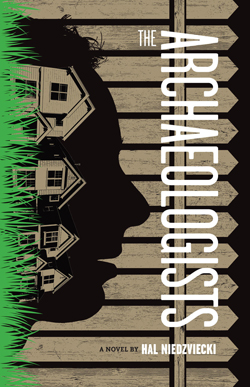 Since the Spring, I’ve been serializing my upcoming novel The Archaeologists with a weekly chapter on the websites of five magazines from across Canada. It’s a marketing scheme, obviously, and an attempt to extend the shelf life of the book beyond the crowded fall season. But it’s also a different way to think about reading and writing, a return to a time when self-contained installments of story drove reader reaction in a way far more immediate and visceral than today.

I came to the idea to serialize because The Archaeologists is written in the style of a thriller, each chapter exploring the antics of one of six main characters as they grapple with the consequences of a grim discovery: human remains in a suburban backyard. The plot and characters, like the setting of the fictional edge city of Wississauga, Ontario, are deliberately recognizable. You can drop in to the story from just about anywhere and recognize certain scenarios and people.

What you wouldn’t necessarily recognize is that behind the scenes, each of the six primary characters evolved in an entirely different way. An unexpected advantage of the serial format is that I can now look back at chapters and characters and recognize with clarity what mostly seemed like an opaque, even mysterious, process. The ability to bring you through aspects of this process might ultimately be the more interesting benefit of the serialization experiment.

Consider the character of Susan Proudfeather, who first enters the narrative in Chapter 8 ( Taddle Creek). Susan was originally not one of the main characters. She was conceived more as a plot device than a character. I needed someone to disrupt the plans of everyone else. My main early protagonists, June (Chapter 4, subTerrain) and Tim (Chapter 1, Broken Pencil), thought they could shape secrets into coherent stories written just for them. I needed Susan to show them that they, along with kid reporter Hal (Chapter 2, Geist), were very very wrong. At the same time, I thought I could keep Susan on the fringes of the story and forget all about her as soon as she’d played her part. As it turned out, I was as unable to control the story as everyone else.

Still I persisted in dismissing Susan, deliberately trying to keep her from becoming her own person. I painted her as ridiculous, a white woman in her late twenties with a penchant for causes that aren’t her own. Convinced that the remains rightly belong to the long since displaced Wississagan tribal people, though she doesn’t act for or with them, Susan leads a protest demanding repatriation of the bones in which she appears in various buckskin outfits complete with regal headdresses. I made her a caricature steeped in irony and the ridiculousness of postmodern identity politics. But something else emerged which I couldn’t quite repress: in proudly displaying herself and her cause, she displayed unexpected zeal and fearlessness.

“She’s a nut-bar of the first order,” Hal observes in the novel (Chapter 26, Broken Pencil), “with her army boots, buckskin trousers and single black raven feather flapping out of her curly carrot hair. She’s no more than a clown, a caricature. That’s what gives her power, Hal figures. She’s got nothing to lose, doesn’t care how she comes across, and ends up seeming somehow authentic in her fakery.”

I hadn’t realized it yet, but Susan Proudfeather was breaking out of the box I’d tried to put her in.

Then came an offer of publication from the good people at ARP Books. There were a few editorial caveats, though, particularly the request that the character of Susan Proudfeather be treated like the rest of the cast. The editors at my publisher saw her, quite rightly, as both an anomaly in the book and a cliché with the potential to offend entire demographics ranging from indigenous readers to activists. I wasn’t worried about being offensive. But I didn’t want to offend because I was too lazy to fully realize a character. Could or should Susan Proudfeather be more than a plot device? Having been forced to ask that question, I trundled off to the abyss of the empty notebook to answer the question: Who was Susan Proudfeather?

I wrote several new scenes for her. I brought her into the city (Chapter 8, Taddle Creek), gave her a connection to Wississauga (Chapter 15, The New Quarterly), tried to find her voice, her personality, her person. I knew she was a montage of a bunch of people I’d run across over the years, people I’d found desperately naïve, what with their chants and banners and vegan potlucks, though for whatever reason I could never quite dismiss them. But where would such a person come from? How might such a person see the world?

I gave Susan an origin story of sorts – an eye opening stint at a protest that seemed so much more vital than anything she’d been learning from the washed up lefties teaching her university classes. There was more: her divorced parents’ disapproval hardening into disappointment; a lover she ran from because she feared failing him; and a recent stint out west advocating on behalf of the families of mostly aboriginal missing and murdered women.

As I wrote, I found myself surprised by how much I had to say about Susan Proudfeather and how complicated her life and outlook actually was. I was also pleased that to outsiders, she could still be ridiculous, the misguided patron saint of lost causes that had nothing to do with her. But like the other characters’ in the novel, Proudfeather had an interior world for the first time. She had, like the rest of them, a foundation of interlocking and often opposing convictions – convictions steadily becoming more then less tactile, like the sound of traffic on Wississauga’s main drag as the Greyhound bus I conjured up to bring Susan into the city waited to turn into Wississauga’s Middle Mall.

Only in overseeing the serialization process did I realize that it was Susan, more than any other character, who ended up occupying the moral centre of the book. Had I overcome my recalcitrance earlier she might have even taken over the book completely. Instead, thanks in part to the process of parcelling out the chapters one-by-one over six months, Susan continues to flit ghost-like through my mind. She appears sporadically, unexpectedly, reminding me of people I’ve met or tried to be like or ran away from before I ever really got a chance to know them.

Thank you to Hal for sharing this behind-the-book perspective with us and to ARP Books for connecting us. You can find links and a full schedule of the serialization project here and you can be notified when the books hit ALU shelves later this month by signing up for an email notification here. 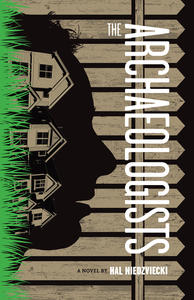