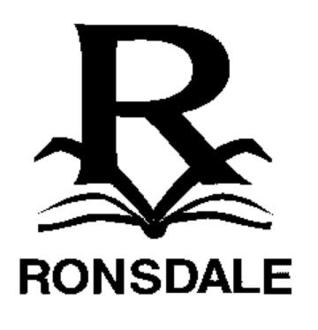 Founded in 1988, Vancouver’s Ronsdale Press is dedicated to publishing books from across Canada, books that give Canadians renewed insight into themselves and their country. Selecting books across all writing styles, age groups, and genres, Ronsdale aims to publish the best of Canadian writing from all quarters.

Founded in 1988, Vancouver’s Ronsdale Press is dedicated to publishing books from across Canada, books that give Canadians renewed insight into themselves and their country. After  writing the annual roundup for the University of Toronto Quarterly for some years, founder and current publisher Ronald Hatch saw the need for a publishing house that was not focused on one style of writing. His Ronsdale Press fit the bill: selecting books across all writing styles, age groups, and genres, aiming to publish the best of Canadian writing from all quarters. 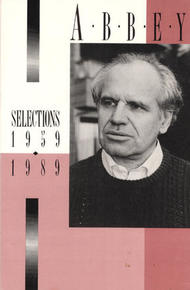 Their first book to hit the shelves was a poetry collection: Abbey: Selections 1959-1989. A comprehensive collection of Lloyd Abbey’s work – which, if you’re unfamiliar, has a lot to do with understanding animals’ worlds through their eyes – the collection is still in print today. Ronsdale’s continued to publish excellent poetry, like acclaimed writer Richard Wagamese’s first collection, Runaway Dreams, in 2011.

True to form, themes like anthropomorphism and Indigenous issues in these poetry collections are expressed in other styles published by the Press: notably in their children’s fiction. Ronsdale publishes a number of successful, award-winning children’s, middle-grade, and young adult series. Philip Roy’s “Submarine Outlaw” series are consistently among Ronsdale’s best-selling children’s books. Also from Roy and with brilliant full-colour illustrations from Andrea Torrey Balsara is the “Happy the Pocket Mouse” children’s picture book series. Award winners have included Patrick Bowman’s “Odyssey of a Slave” trilogy (nominated for the Red Maple and Geoffrey Bilson awards), the “Hannah” trilogy by Carol Anne Shaw (Moonbeam winner) and Jean Rae Baxter’s “Forging a Nation” series, which has won multiple Moonbeam awards.

Indeed, Ronsdale’s some-250 published works of fiction, non-fiction, poetry, and children’s are alike no strangers to awards and acclaim: they’ve won the Governor General’s Award for Literature, the BC Book Award, and the Canadian Jewish Book Award, to name just a few more. The press itself is decorated: in 2014, Ronsdale won the Jim Douglas Award for BC Publisher of the Year.

The Douglas award is emblematic of Ronsdale’s strong roots in British Columbia, even while publishing works reflective of a pan-Canadian experience. Their north-facing home office has a view of downtown Vancouver, with a backdrop of the B.C. Coast Mountains. The streets are a beautiful scene as the seasons change: the trees turn lovely shades of orange and red in the autumn, with cherry blossoms budding in the spring. Local wildlife includes raccoons, skunks, squirrels, more squirrels, and the odd hummingbird. 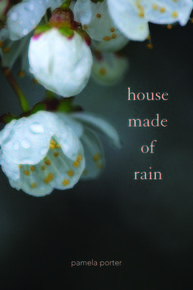 In their local community, Ronsdale always nominates their poets for Poetry in Transit, which features poems in transit venues across British Columbia – this year, an excerpt of Pamela Porter’s “Atonement” from her collection, House Made of Rain, was selected. Ronsdale also donates hundreds of copies of books to local children each year, through the Vancouver Public Library’s Summer Reading program and other initiatives.

Their engagement in the community is one of great kindness, too: at the recent WORD Vancouver event, a person approached Ronsdale’s booth, introduced herself, and explained that her novel had been rejected by the press. When Ronsdale made to apologize, she interrupted, exclaiming, “No, I just wanted to thank you for the wonderful rejection letter — the best I have ever received.” 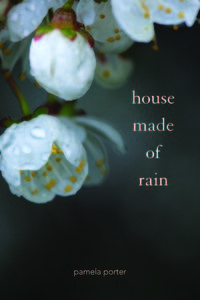 House Made of Rain

October 20, 2015
Get to Know Them First: One Sassy Canadian Soldier's Story