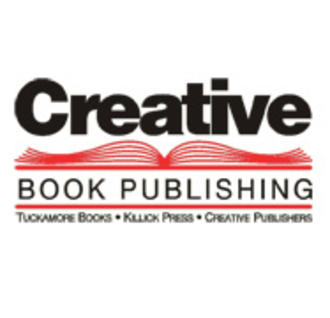 Continuing with our Atlantic Canada spotlight, we have another Newfoundland publisher: Creative Book Publishing. Creative actually started as a printer. In 1982 Dan Morgan and two business associates bought the presses of Creative Printers and Publishers. "It was basically a printing business," Morgan said, but "people kept sending in manuscripts because Creative's full name had the word 'publishers.' We kept sending them back, saying we were not in that kind of publishing."

Continuing with our Atlantic Canada spotlight, we have another Newfoundland publisher: Creative Book Publishing.

Creative actually started as a printer. In 1982 Dan Morgan and two business associates bought the presses of Creative Printers and Publishers. "It was basically a printing business," Morgan said, but "people kept sending in manuscripts because Creative's full name had the word 'publishers.' We kept sending them back, saying we were not in that kind of publishing."

Soon, however, interesting manuscripts would occasionally match up with times where the printing presses were sitting idle. "We thought, naively, that you could do book publishing as a spare-time thing - when the presses were not busy," recalled Morgan, who said Creative's evolution into a full-time publishing house was inevitable.

The first book they published was a new edition of the minutes from the first 20 years of the Fisheries Protective Union. At the time it was a very pared-down operation so if you sold a couple hundred copies you could cover the cost of printing. 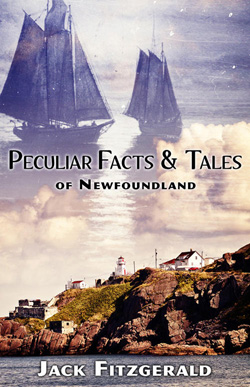 Once Creative embraced the “Publisher” part of their name, things became more challenging as they began to put manuscripts through the traditional publishing process of editing, design, printing, and distribution. But it was worth the effort to see early works like A History of St. Peter’s Church in Twillingate as well as titles by Percy Janes and Gordon Rodgers come to life.

By 1989, the company had its first computer thanks to a government grant covering $10,000 of the $15,000 cost, which helped the business expand. Over the years, Creative has become a publisher where new local voices are launched. They work hard to advance the publishing sector, not only in their home province, but strive to launch their authors nationally and abroad.

Since Creative began back in the 80s, they have published almost 400 titles. Several books standout for them, like Confessions of Nipper Mooney by Ed Kavanagh, which won the 2002 Newfoundland and Labrador Book Award for fiction or Island Kitchen by Chef Mark McCrowe, which won the APMA’s Best Atlantic Published Book Award this year. 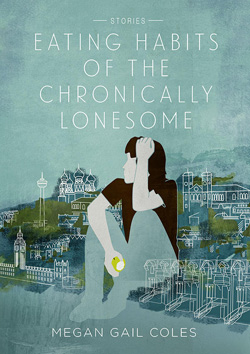 However, it’s especially exciting to see a new author achieve recognition and success for their writing. Editor & Marketing Manager Donna Francis says “It’s exciting to read a manuscript from someone who hasn’t been published before and think, ‘Wow, this author has serious talent, and will go places.’” They got to experience just such a feeling this past year with Megan Gail Coles and her debut short story collection, Eating Habits of the Chronically Lonesome. Following stellar reviews, Coles won the BMO Winterset Award (her competition included Michael Crummey and Alan Doyle) as well as the Margaret and John Savage First Book Award, and French Canadian rights have been sold to a publisher in Montreal.

While prizes and rights sales are fantastic, Creative makes a point of staying connected to their local community. They participate in local shows like The Craft Council’s Fine Art and Design Christmas Craft Fair, Christmas at the Glacier, and Manufactured Right Here. Besides meeting readers at these events as well as their local book launches and authors signings, they also visit schools to read to primary school children and donate books to local charities.

Creative Book Publishing has come a long way since their early days of printing but they continue to preserve their local culture and serve their community.

Thanks Creative! Catch up on all of our In House pieces here.

September 2, 2016
CanLit Rewind: The Man in the Red Suit by Bruce Templeton