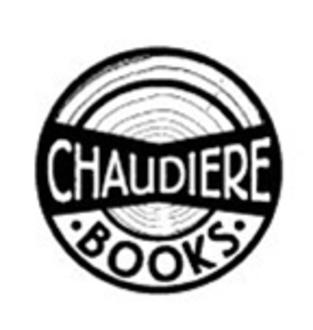 Chaudiere Books began as a series of conversations back in 2004 between writers rob mclennan and Jennifer Mulligan. With early assistance from Anita Dolman and Carmel Purkis, the press was officially launched in 2006 with the publication of a quartet of titles: The Desmond Road Book of the Dead by Clare Latremouille, Disappointment Island by Monty Reid, movement in jars by Meghan Jackson, and Decalogue: ten Ottawa poets, edited by rob mclennan.

Chaudiere Books began as a series of conversations back in 2004 between writers rob mclennan and Jennifer Mulligan. With early assistance from Anita Dolman and Carmel Purkis, the press was officially launched in 2006 with the publication of a quartet of titles: The Desmond Road Book of the Dead by Clare Latremouille, Disappointment Island by Monty Reid, movement in jars by Meghan Jackson, and Decalogue: ten Ottawa poets, edited by rob mclennan.

mclennan and Mulligan had looked to other communities and saw what was missing: Ottawa didn’t have a local publisher. Other Canadian independent presses like Turnstone Press, Véhicule Press, and Arsenal Pulp Press have each responded to the communities of writers in their respective cities (Winnipeg, Montreal, Vancouver) and that's what needed to be done for Ottawa and its writers.

Publisher rob mclennan says, “There have always been publishers in Ottawa, but predominantly, they don’t live on the ground level where most of the literary work is being produced, and the bulk of writers in the city have long been sending their works elsewhere for publication. We simply wanted to provide an opportunity for Ottawa writers, and saw the potential for what a publishing company could be.”

Those first four titles embodied the mandate that Chaudiere was created to fulfill: publish poetry and literary fiction that excites readers, with a focus on writers in and around the Ottawa area. 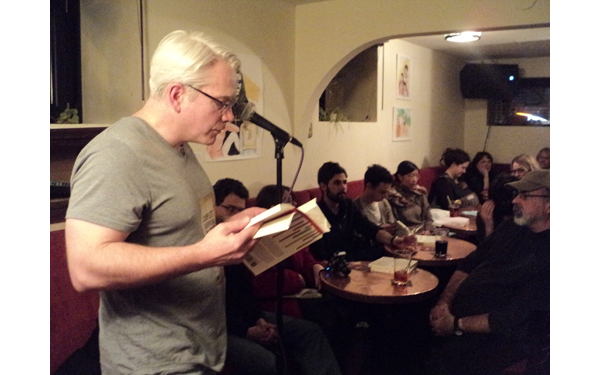 By 2012, Chaudiere had produced about a dozen titles when Jennifer Mulligan decided to focus her efforts on screenwriting. mclennan refocused and relaunched the press in 2013 with help from poet Christine McNair (who is also his wife). To celebrate the relaunch of the press, the duo published an anthology, Ground Rules: best of the second decade of above/ground press, 2003-2013.

Chaudiere’s rebirth coincided with another birth: mclennan and McNair’s daughter Rose. One of mclennan’s favourite anecdotes about the press is that Christine approved cover stock for Ground Rules from her hospital bed during labour. McNair’s responsibilities at the press include design and production, something they had decided to prioritize during their relaunch. The new anthology would act as an example for all their future titles, so it needed to look and feel fantastic. With this fact in mind, some important decisions had to be made before baby made her appearance.

Unfortunately, baby wanted to make her debut before they were quite ready for her. After many hours of labour and many more to go, there was no time left. With paper samples delivered to her bedside by her mother, McNair selected the paper, and both Rose and the book were front and centre at the launch just a few short weeks later.

Since that exciting new beginning, Chaudiere has produced another dozen or so titles. Many of these titles were by new or emerging voices, such as Marcus McCann, N.W. Lea, Pearl Pirie, Amanda Earl, Roland Prevost, and Chris Turnbull. They all published their trade books with Chaudiere Books. However, mclennan notes “… every single one of them had already been publishing smaller items... As much as we enjoy being able to produce someone’s first book, it feels less like a 'start' than simply helping someone get further along; we like to think that we assist in freeing each of those authors to continue towards what they might do next.”

One project that stands out to mclennan is A Long Continual Argument: The Collected Poems of John Newlove, and not just because it has been their most consistent seller. For mclennan, there are just so many writers who should simply never be allowed to fall out of print and he’s proud to do his part with the writing of Newlove. 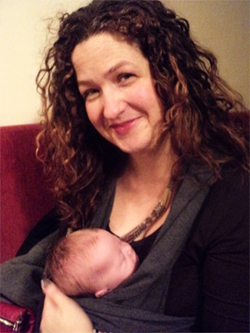 Chaudiere continues to play an important role in the Ottawa writing community and according to Twitter, is even Ottawa’s most beloved press. All this magic happens from the mclennan-McNair household, where Chaudiere is based, with the help of Rose the Intern. While they are working from either their basement or the office, and meeting with authors either in the living room or the sunroom, Rose is in the middle of it all. From personal experience, we can say she’s super helpful at hand-selling poetry titles at trade shows and sales conference meetings are livened up by the background music of Sesame Street.

Soon their will be a second intern and a new book from Chaudiere.

By John Newlove
Edited by Robert McTavish
Afterword by Derksen