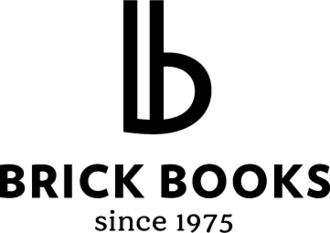 Poetry, almost by definition, is a form rooted in centuries of tradition and yet constantly changes and evolves. It stands to reason, then, that Canada’s sole publisher exclusively publishing poetry would bring the same mix of expertise and innovation to the table. And London, Ontario’s Brick Books, the only publisher in Canada publishing nothing but incredible poetry from some of the country’s top talents, definitely does. 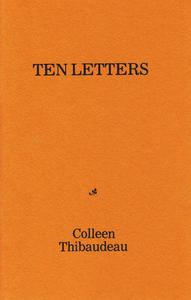 Brick began publishing in 1975, under the auspices of Nairn Publishing House. Company founder Stan Dragland had been “house”-sitting for the owners of Nairn. “Before they left [Canada],” he recounted to current GM Kitty Lewis, “they said, ‘By the way, go ahead and publish a book if you like.” Dragland had read and liked Ten Letters, by Colleen Thibaudeau, so handset it at University of Western Ontario and had it printed at nearby Applegarth Follies.

After Ten Letters, and with Don McKay now aboard, Dragland released a few more chapbooks as Nairn Books until the original owners returned. He and McKay published as a joint Brick/Nairn outfit until Nairn’s original owners returned, and then settled on Brick Books on its own by 1981. The name, Brick, came from Dragland’s other publishing venture shared with Jean McKay, Brick Magazine, at first a reviews section in the literary mag Applegarth Follies, and then its own literary review by 1977. Like Brick Books, Brick still operates today, though has been separate since 1985. 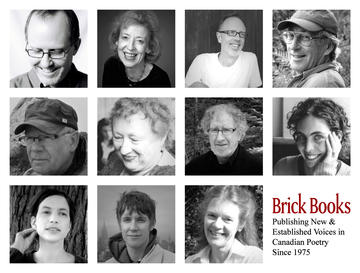 If the start of Brick Books seems close-knit to you, that’s because it is. Just as Brick reflects the combined experience and innovation of poetry in its operations, it also evokes the poetry community in its relationships: it’s tight but open, and gets by with a little help from its friends. In fact, it’s the connections between the publishers and the poets that General Manager Kitty Lewis likes best. As just one example: Brick poet Stephanie Bolster teaches at Concordia University in Montreal. Her students have included Susan Paddon, author of Brick title Two Tragedies in 429 Breaths, and Jack Illingworth, the literature officer at the Ontario Arts Council, and the former Executive Director of the Literary Press Group of Canada (the LPG is also known as "All Lit Up’s mom"). 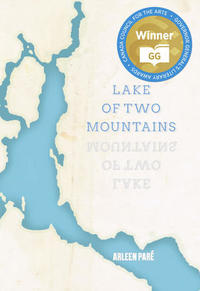 Brick has fostered a lot of these connections through the careers it has launched over the years, including those of Karen Solie, Steven Price, Julie Bruck, Jan Zwicky, Helen Humphreys, Sue Sinclair, Sue Goyette, Phil Hall, and Adam Dickinson, to name just a few. These poets have gone on to win practically every poetry prize in the book, including the Governor General’s Literary Award for Poetry (most recently in 2014, for Arleen Paré’s Lake of Two Mountains) and the Griffin Poetry Prize.

Publishing award-winning poetry books aside, though: Brick forms countless more relationships through its active participation in the literary community, in its home base of London, Ontario and all across Canada. Brick is an active donor of books to the Landon Library Book Group and the London Open Mic Night, as well as participating in the Poetry London Reading Series. General Manager Kitty Lewis was honoured last year for her dedication to poetry in Canada by the League of Canadian Poets, with their Honorary Life Membership Award. (And, not to play favourites, but she’s also a winner of “best office gift” in our books, with these wacky junk food socks she sent to our HQ last autumn).

Brick’s 40 years of poetry pedigree doesn’t mean that the press shies away from trying new things. Between a frequently-updated poetry podcast and an impressive number of ebooks published (150 of 200, total!) Brick is forging ahead in the digital publishing space. They experiment with print, too: a new line of Brick Books Classics is releasing over the course of this year (see 1, 2, and 3, already out), commemorating six of Brick’s best-loved titles with new introductions by lauded contemporary poets, and iconic cover designs from Robert Bringhurst.

Brick Books both exemplifies and continuously informs the poetry community in Canada, through its books, community involvement, publishing innovation, and connection to readers, poets, and other publishers. Here’s to 40 years of publishing new and established voices in Canadian poetry, Brick, and then to 40 more.

Brick put together a short video celebrating their 40th Anniversary. You can watch it below.