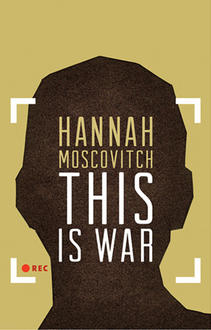 In House: Teaming up for the love of books

In 2012, Banff Centre Press approached Playwrights Canada Press with an opportunity to co-publish a trilogy of dramatic literature in recognition of The Banff Centre’s 75th anniversary. The two merged resources and shared their respective networks to position the books across Canada. The result was compelling dramatic literature and a solid working relationship that will last for years to come.

In 2012, Banff Centre Press approached Playwrights Canada Press with an opportunity to co-publish a trilogy of dramatic literature in recognition of The Banff Centre’s 75th anniversary. The two merged resources and shared their respective networks to position the books across Canada. The result was compelling dramatic literature and a solid working relationship that will last for years to come.

With 30 years of experience publishing and selling plays, Playwrights Canada Press is home to playwrights from across the country. The Press publishes roughly thirty books each year including French plays by Canadian authors in English translation. It’s an ideal partner for Banff Centre Press, which publishes content written at and commissioned by The Banff Centre, the world's largest arts and creativity incubator.

“The Banff Centre offers a place where playwrights can come and work in a creative environment,” says Robyn Read, managing editor of Banff Centre Press. “We have strong resources to aid the creation of work from writing residencies to the Banff Playwrights Colony, while Playwrights Canada Press has a list of leading Canadian playwrights, and is known as a publisher that produces work for, and distributes to, the Canadian theatre community.”

Recognizing each other’s strengths, the two developed a cost-sharing model to co-publish three works, all of which were enabled by The Banff Centre’s 75th Anniversary National Playwriting Commission Competition: This is War (2013), Arigato, Tokyo (2013), and Armstrong’s War (2014). Costs were split down the middle for the production of the books, and production operations flowed through Playwrights Canada Press. Meanwhile, Banff Centre Press provided editorial, marketing, and design support.

“It made sense to combine resources to honour the Centre’s work and provide the history and experience [Playwrights Canada Press] has with publishing dramatic works,” says Blake Sproule, managing editor of Playwrights Canada Press, who admits he learned a lot about friendly collaboration throughout the process. “I hadn’t realized how handy it is for a second team to be weighing in on decisions and helping to shape the publication.”

Their advice to other small presses is simple.

“Remember, you’re not alone out there,” says Sproule. “There are plenty of other publishers who understand what you’re doing and are excited about what you’re publishing. So seek out opportunities for collaboration and take advantage of the services provided by the Literary Press Group and the Association of Canadian Publishers.” The result, adds Read, will be “a quality product that both publishers can be proud of.”

That’s certainly true of this collaboration. The first title in the trilogy, This is War by Hannah Moscovitch, has paved the way for dramatic literature as the first play to win the Trillium Book Award, one of the most highly regarded national and international literary prizes.

You just need to “get involved and a whole world of resources and opportunities will open up for you,” says Sproule.

The relationship between Banff Centre Press and Playwrights Canada Press will continue into the new year with the release of a second trilogy, three plays by Anita Majumdar called Fish Eye Trilogy. This audacious trio of dance-plays (Fish Eyes, Boys with Cars, Let Me Borrow That Top) tells the coming-of-age stories of three teenage girls in small town Canada: Meena, Naz, and Candace. Watch for Fish Eye Trilogy at The Banff Centre in March.