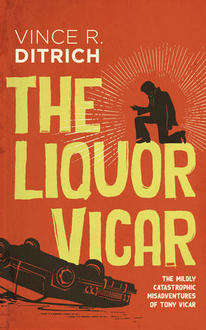 Fans of British comedy-adventure movies, Albatross by Terry Fallis, or Will Ferguson's The Shoe on the Roof  will enjoy this new novel by Vince R. Ditrich. The Liquor Vicar (Dundurn Press) is a witty, laugh-out-loud debut that will have you holding your sides.

Riotous, laugh-out-loud funny, farcical, and ridiculous, Vince Ditrich’s The Liquor Vicar tells the tale of washed-up musician Tony Vicar, middle-aged and out-of-touch, currently working gigs as a DJ/Elvis impersonator for small-town wedding receptions. Tony lives in the town of Tyee Lagoon, on Vancouver Island, where the residents are just as whacky as the goings-on. One night, in a strange twist of fate, Tony happens upon a car crash victim and seems to bring her back to life just by speaking his words. This accidental good deed ends up propelling him on a strange adventure of insta-celebrity. Suddenly, the press is hounding him, and all kinds of people now want him to perform miracles for them. When Serena the dangerous but intriguing femme fatal, along with her group of useless henchmen, takes a liking to Tony, he must pull up his socks and become a real man to rescue someone he loves.

The Liquor Vicar reads like your favourite British comedy-adventure movie, and it will have you belly-laughing the whole way through. The antics are high, the stakes are low (except when they’re not), and you’ll find yourself rooting for the washed-up, has-been Tony—messes, screw ups, and all. In The Liquor Vicar’s world, you will encounter a never-ending cast of zany characters, from local curmudgeon Ross Poutine to unbelievably bad driver and octogenarian Frankie Hall. And you’ll be charmed when finally, after enduring the trials and tribulations of achieving unexpected fame, Tony learns to grow up and take responsibility for his life. In the funniest way possible, of course.

X+Y = Albatross by Terry Fallis + The Shoe on the Roof by Will Ferguson =  The Liquor Vicar by Vince R. Ditrich 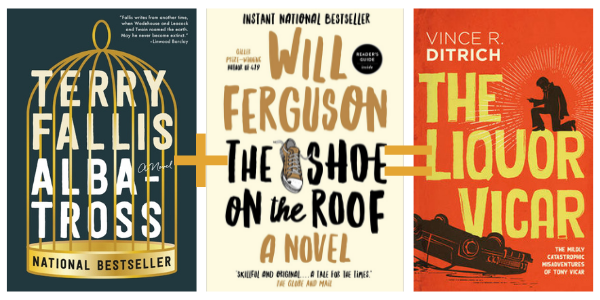 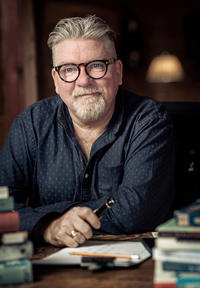 Vince R. Ditrich is a lifelong musician and member of the band Spirit of the West. He has circled the world, earned more than a dozen gold and platinum albums, and been enshrined in several Halls of Fame. The Liquor Vicar is his first novel. A sequel, The Vicar’s Knickers, is forthcoming in September 2022. Vince lives on Vancouver Island. 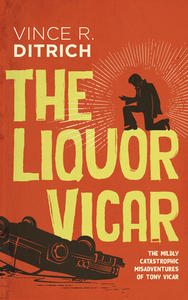