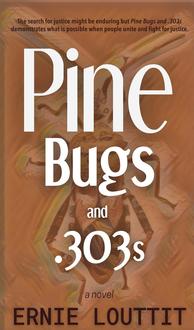 Winning multiple awards for his Indian Ernie memoirs, Ernie Louttit turns his writerly hand to fiction for the first time with  Pine Bugs and .303s (Latitude 46 Publishing). This historical novel, set during and after the Second World War, follows a Cree man and a settler man who forge a bond as soldiers serving together - one that threatens to break when they return home to face the ingrained racism and prejudice there. 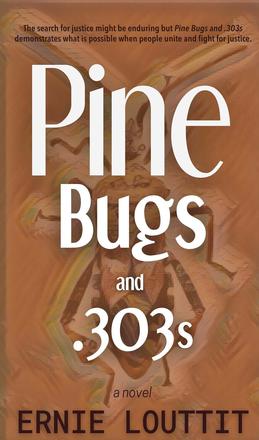 Ernie Louttit is a retired soldier and police officer, and has written three nonfiction books, Indian Ernie: Perspectives on Leadership and Policing, More Indian Ernie, Insights from the Streets, and The Unexpected Cop: Indian Ernie on a Life of Leadership. Winner of the Saskatchewan Book Award in 2014 and the Reveal Indigenous Arts Award in 2017. Pine Bugs and 303s is his debut novel. He lives in Saskatoon, Saskatchewan.

"Louttit's taut narrative, and plot twists, masterfully build outrage and tension for the reader, like a .303 in the hands of a nefarious foe, or a pine bug crawling up one's neck" says writer David Giuliano of this gripping debut novel from a former soldier and police officer. A member of the Missanabie Cree First Nation in Northern Ontario, Ernie Louttit drew from his own experiences as a soldier as well as his research into his grandfather's life, also named Ernie, who died in the Second World War.

With Reconciliation efforts still looming ahead of us, Canadians can enjoy a fast paced story that captures small town Canada in the 1950s. Where First Nation reservations are adjacent to settler towns and what those relationships would have been like. Louttit imagines what his grandfather, a World War II soldier, would have encountered and done had he not perished in the war. And the importance of justice in a time where fairness was not afforded to everyone.

Louttit has crafted a narrative that points to the bonds that can form in war and are rent asunder by racism and prejudice. Main characters Elmer Wabason, a Cree man and Gilbert Bertrand, a white man grow up a stone's throw from each other, but never meet due to their separate communities, as well as the Trans-Canada highway that runs between Elmer's reserve and Gilbert's town. When they meet overseas in the Second World War, their friendship seems unbreakable. But will it last upon their return?

The analogy of a pine bug - an insect that proliferates after the destruction of a forest fire - is made to highlight those who would and do profit over human misfortunes, whether it's racism or war.

Imagine an epic family saga by Ken Follett with Graeme Greene playing the main character, Elmer and his wife played by Tina Keeper. With his comrade and friend played by the handsome Joshua Jackson and his wife played by Rachel McAdams. Throw in forest fires, underhanded deals, corruption, and justice making for a story that keeps you captivated to the very end. 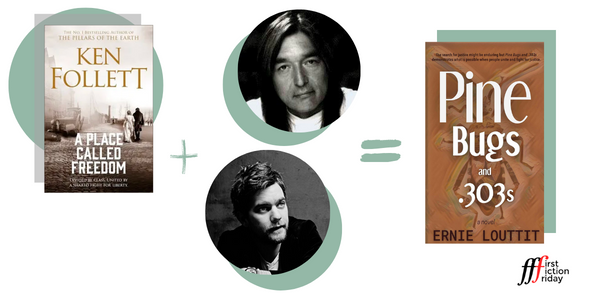 Pine Bugs and .303s is available now on All Lit Up and at your favourite indie bookstore. 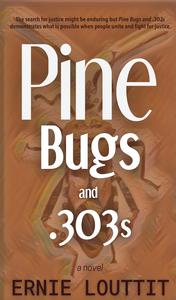