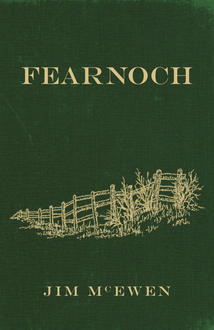 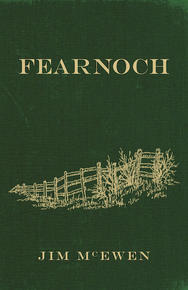 Welcome to Fearnoch. The sun is setting on this small Ottawa Valley town – a town like any other along that stretch: barns, fenceline, field and bush, undistinguishable and undistinguished, but, like any place under the sun, full of content if we would only look.

Though something is coming down the tracks for the four main characters, the four corners of Fearnoch, and the rousing chorus of minor ones. John’s family farm is dying and he worries for his aging father and has nightmares about pig castration. Kirby has no idea what he’s supposed to be doing at his government job downtown, but he desperately wants to protect people from bullies and he prays his partner doesn’t suffer another miscarriage. Anna has left Fearnoch for Montreal, where she works as a youth worker and a waitress, and is writing a mystery novel wherein the mystery is never solved. And poor Mikey works at the town dump and meets a girl but is too depressed to try to talk to her. John loves Fearnoch, gets very romantic about it, Kirby is embarrassed by it, Anna is afraid of it because everyone there expected her to do great things, and Mikey is trying not to think anything bad about anything.

They love each other, they hate each other, they play beer-league hockey and drink Labatt 50, they forget and they remember. The bickering and division between inhabitants intensifies just as the devasting fate of the town comes with the harvest, but the narrative lens roams to show they’re more similar than they might think. Their hopes and troubles are not all so different. The many threads of the novel are untangled and spun to converge John, Kirby, Anna and Mikey, and more, together at last, come what may, in the cow-field.

And yet throughout the language is ecstatic, high-octane, sincere, marrying form with content and bursting through the margins and fences. The sentences run free and honest out across the pasture, even as the town collapses. There is no space left for pretension here, high must go with low, and the poetry is always followed by the combine harvester. Every word counts, and no character is left behind.

A tall-tale, a requiem then, and a syrupy greasy country song, Fearnoch is a plea for its characters to remember to see themselves in their neighbour – before it’s all gone. The reader is invited in, to spend some time down Fearnoch Road, to be surprised and taken aback, and with hopes they’ll see a little of themselves in it too.

Why I’d Recommend Fearnoch to a Friend

Well I would recommend Fearnoch to a friend because it is my great hope the book will give you some solace and good memories and pause in these times. Maybe you’ll see a bit of yourself on a page – or maybe you said something I thought was funny or important in about 2003 and I stole your words and packed them right in here. I wanted to invite us all back to the same table and remember what should not be forgotten. I wanted to respect every sentence and make them honest and worthy of existing: huge ecstatic thunderous diesel-powered ones and soft wee intimate ones too.

I would recommend Fearnoch to anyone who wants far too many characters confined together in a small quilt of roads and fields but to allow each of them a minute to sing in their chains a little. To anyone who wants to get in every character’s head and remember we’re more similar than not- if we could only have supper or play hockey or fix a fence together.

I would recommend it to anyone who wants abrupt shifts from cows in the sunsets to glowing wondrous Montreal streets to chasing escaped pigs to mysteries that can never be solved and have it all spun up and held together with baler-twine. To anyone who wants to be haunted by the long shadows of Ottawa Valley ghosts or fall in love for a moment at the hockey rink or detention centre or scrapyard. To anyone feeling empty and divided.

I would recommend the book to my friends because I too know that these are confusing times and sometimes it’s hard to just sit and read and steady our brains with all the thoughts and hopes and worries firing around everywhere. But we gotta do it, we must do it: the beat goes on. I also don’t know what I’m doing or what’s going on. It’s hard and I don’t know it all, or much at all, but here’s a little thing I think might be beautiful and worth keeping. And I’ll be there with you on the page. That’s all – this is what I would say to a friend.

This book will remind readers of the television show Letterkenny (setting and humour) + the book and movie adaption A Child’s Christmas in Wales (joy of language, and remembrance) = Fearnoch 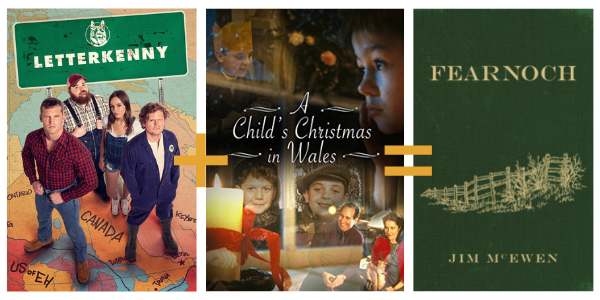 Jim McEwen grew up in Dunrobin ON. He is a graduate of the English and Creative Writing Master’s Program at Memorial University of Newfoundland and winner of the Cuffer Prize (2015) and the Leaside Fiction Contest (2019). This is his first novel.

December 2, 2022
Goose Lane Puts Us Under Their Spell