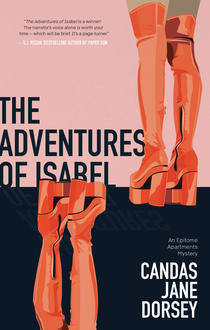 Turning the mystery genre on its head, The Adventures of Isabel (ECW Press) follows a sharp-tongued amateur sleuth as she strikes out to solve the murder of a sex worker alongside her sassy cat and partner in crime fighting. This first novel from author Candas Jane Dorsey is a romp that takes readers all the way from dark city streets to the bright lights of the most elite parties in the search for justice—all while challenging the stigmas around queerness.

What: The Adventures of Isabel (ECW Press)

The Adventures of Isabel is a modern take on the detective genre starring a pansexual, middle-aged woman detective with a quick tongue and a big heart. In this first book of the Epitome Apartments Mystery Series, an unemployed social worker is cajoled into becoming an amateur sleuth when her friend Hep’s granddaughter, Maddy, turns up dead. Because Maddy was a sex worker, law enforcement is treating her death as just another street killing, but Hep is determined to find out the truth. Along with her flamboyant best friend, Denis; her girlfriend and partner in crime (fighting), Jian; and her sassy cat, Bunnywit (formerly F*ckwit), our amateur sleuth protagonist — who is never named — sets out to solve Maddy’s murder. The group bites off more than they can chew when their investigation leads them to society’s elites, people for whom money is no object and the law is just a suggestion. From grimy side streets to glittering galas and back, nameless follows the clues in a desperate search for justice for those members of society who rarely get to see it.

This is a mystery that starts with a familiar tableau — the death of a sex worker — then moves on to overturn the tropes of the genre with every twist of the plot. The lead detective in The Adventures of Isabel is anything but your typical gumshoe; as a social worker and a former street kid herself, her knowledge of the darker corners of her city and her empathy for those who live and work there are unparalleled.

Come to The Adventures of Isabel for its engaging narrative voice and its charming, eccentric cast; stay for the book’s refreshing take on typical mystery genre fare and its challenge of stigmas around queerness, homelessness, and sex work. This offbeat mystery is here, it’s queer, and it might just be your read of the year!

The Adventures of Isabel is what would happen if Sue Grafton’s Kinsey Millhone Mysteries were populated by the campiest, most over-the-top queens from RuPaul’s Drag Race. In other words, it’s a ball! 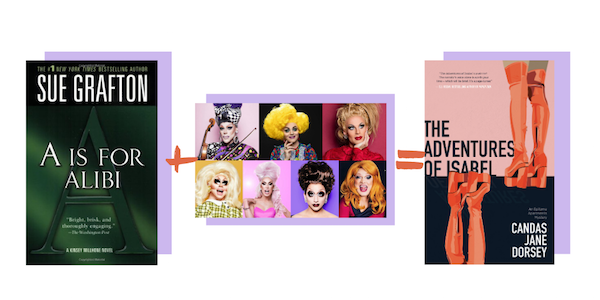 A special thank you to ECW Press and Candas Jane Dorsey for sharing more about The Adventures of Isabel with us!

February 24, 2016
Liner Notes with Isabel of The Strumbellas