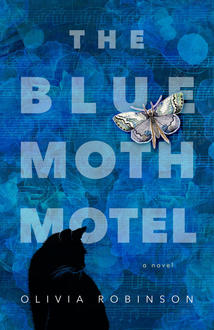 With all the nostalgia of the 90's comes Olivia Robinson's debut novel The Blue Moth Motel (Breakwater Books). Set against the backdrop of beautiful Prince Edward Island, the story follows one family's struggle to to make the best of an unconventional life.

The Blue Moth Motel tells the story of two sisters, Norah and Ingrid, who grow up in a motel with their mom, Laurel, and her partner Elena. The girls’ grandmother, Ada, who owns the Blue Moth, has always held herself at a distance. But when she buys a piano for the Blue Moth, that all changes. Years later in England, while singing in a choir, Ingrid loses her voice and must decide what to do.

The novel captures queer storylines in an authentic way, and is a story centred around women exploring themes such as family, sisterhood, and friendship from a fresh, new perspective. Music and the setting—the beautiful Prince Edward Island—also play an important role in The Blue Moth Motel.

In keeping with the current fascination of all things 1990s, the novel has plenty of flashbacks to the ‘90s which will be nostalgic for millennial and Gen Z readers.

The Blue Moth Motel is written with a delicate confidence which mirrors the imagery of the mysterious blue moths featured in the novel. The book also deals with childhood guilt, class, the power of grief, and how the idea of success is different for everyone. At its heart, this is a story about a family trying to make the best out of their unconventional life at the Blue Moth Motel.

The Blue Moth Motel captures the beauty of Prince Edward Island like the works of L.M. Montgomery while portraying character and voice like the novels of Heather O’Neill. 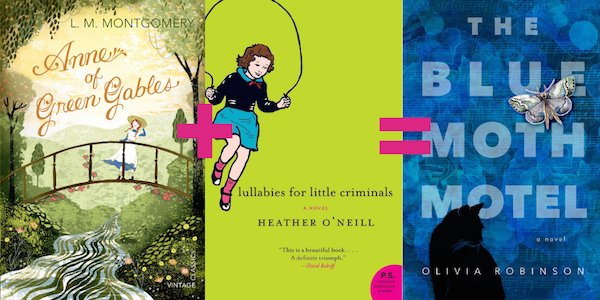 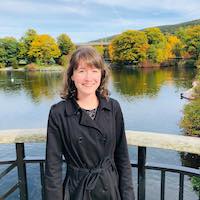 Olivia Robinson is originally from the Annapolis Valley, Nova Scotia. She completed her BA in English at UPEI and her MA in Creative Writing at Memorial University. Her work has appeared in Riddle Fence, Cargo Literary Magazine, and the UPEI Arts Review. In 2020, a draft of The Blue Moth Motel was shortlisted for the Newfoundland and Labrador Credit Union Fresh Fish Award.

Thanks to author Olivia Robinson as well as Nicole Haldoupis and Claire Cavanagh at Breakwater Books for sharing The Blue Moth Motel with us.

All Queued Up: Your Bookish Fall Lineup, Week 5