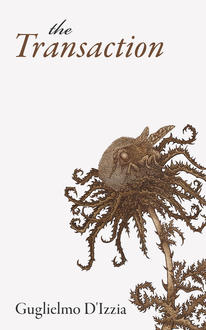 Author Guglielmo D'Izzia debuts his Marina Nemat Award-winning novel The Transaction (Guernica Editions), a suspenseful train ride that makes an unscheduled stop in a southern Italian town where a string of unsettling events culminate in a psychological tailspin to the very end. 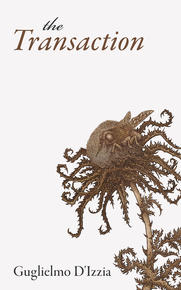 The book: The Transaction (Guernica Editions, 2020)

A property harbouring a gruesome secret goes up for sale. Two men--perhaps, the wrong men--are shot in plain day light. Nothing is what it seems. And matters do not turn out as anticipated. De Angelis, an inscrutable northerner, is travelling to a small town perched somewhere in Sicily's hinterland to negotiate a real estate transaction, only to find himself embroiled in a criminal conspiracy. While en route, the train he's on mysteriously breaks down, forcing him to spend the night in a squalid whistle stop. What follows is a web of unsettling events, involving child prostitution and brazen killings, that lead to the abrupt demise of his business deal. But De Angelis is undeterred and intent on discovering what went wrong with his transaction. As he embarks on a reckless sleuthing, an unexpected turn of events sends him into a tailspin. At the heart of it is an alluring blue-eyed girl, Marinella. The chance encounter with the eleven-year-old traps him in a psychological and moral cul-de-sac, leaving him no choice but to confront the type of man he really is. Told in a cinematic, darkly humorous genre-bending prose, The Transaction traces De Angelis' Kafkaesque descent into deviancy.

The author: Guglielmo D’Izzia is an actor and writer who hails from Sicily. His artistic pursuits have led him to some of the greatest cities in the world: Rome, New York City, and eventually Toronto, where he now resides. He’s a proud graduate of the creative writing program at the University of Toronto School of Continuing Studies. His debut novel, The Transaction, was officially selected for the 2020 Cannes Film Festival Shoot the Book! Program, and the unpublished manuscript won the Marina Nemat Award in 2016. He’s currently working on his second novel and several other projects including a spec script for a TV miniseries.

Why you need to read this now: Not long ago, none of us could have imagined that our daily lives would soon change so drastically that envisioning a return to “normalcy” would seem unrealistic.

When everything around us, everything we’ve taken for granted, is suddenly at an angle, tilted to the extent of utter disorientation, it gives us the impression of living in an alternate reality—one that is more akin to fictional worlds conjured by wildly imaginative writers than to real life. It’s as if customary rulebooks of social conduct have been wiped out and, like estranged souls, we are now left with no choice but to wade through uncertainty and somehow re-learn how to live.

Coincidentally, the hapless protagonist of Guglielmo D’Izzia’s debut novel, The Transaction, finds himself in a similar quandary.

De Angelis, an inscrutable businessman from the north of Italy, is travelling to a small town in Sicily to broker a real estate transaction, only to find himself embroiled in a criminal conspiracy. What follows is a web of unsettling events, involving child prostitution and brazen killings. And at the heart of it: an alluring blue-eyed girl, Marinella. The chance encounter with the eleven-year-old traps him in a psychological and moral cul-de-sac.

De Angelis is alienated in an unfamiliar setting where the shared rules of social conduct don’t seem to apply, and where everything appears off-kilter. Absurd disorientation, estrangement, and erosion of the self, all central to the novel, ask us to question how morality and perception change when everything around us is suddenly askew.

A noirish, darkly humorous cross between Kafka’s The Castle and Nabokov’s Lolita, The Transaction is a man’s Kafkaesque descent into deviancy. 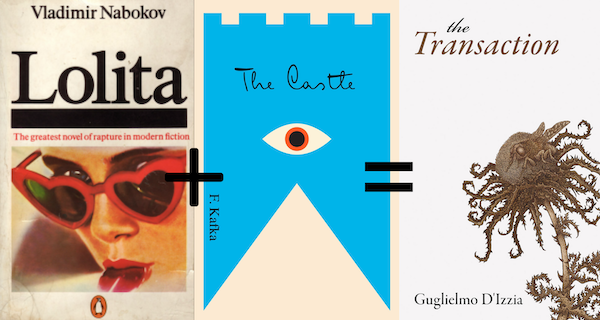 Thanks to Anna van Valkenburg at Guernica Editions for sharing The Transaction with us. For more First Fiction, click here. 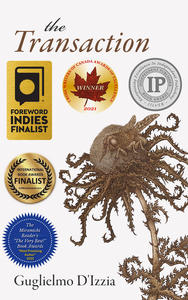