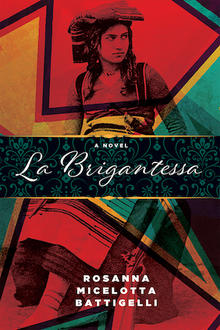 After stabbing a wealthy and violent landowner, Gabriela Falcone – a peasant girl – is forced to leave her life behind. Set in the period following Italy's Unification in 1861, La Brigantessa (Inanna Publications) follows Gabriela as she flees for her life with the help of parish priest Don Simone. Together they find anything but refuge, entering a world of brigands and danger. A debut novel for author Rosanna Micelotta Battigelli, this First Fiction Friday is one you won't soon forget. 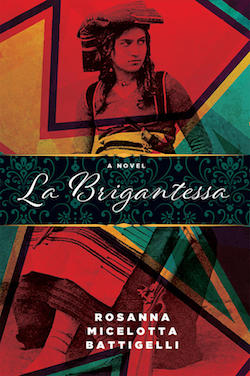 Who: Author Rosanna Micelotta Battigelli was born in Calabria, Italy and was three when her family immigrated to Canada. While teaching, she received four OECTA Best Practice Awards for her unique strategies in early literacy, promoting positive pupil interactions, building pupil self-esteem, and helping pupils who grieve.

Rosanna is an alumna of the Humber School for Writers and has been published in sixteen anthologies. In 2018, her novel La Brigantessa was released by Inanna Publications, Harlequin UK published two of her books and offered her another three-book contract, and a children’s publisher accepted one of her children’s stories for publication in Fall 2019. Pigeon Soup & Other Stories will be published by Inanna in 2020.

Why You Need to Read this Now

La Brigantessa, based on true historical events,evokes the timeless theme of the change of a ruling power and the dramatic effects before, during, and after its fall—in this case, that of the Bourbon Monarchy in 19th century southern Italy. At a time when countries all over the world are in transition and reimagining inclusion, and political change seem inevitable (though too slow arriving), a historical fiction like La Brigantessa provides a glimpse into how class divides, uprisings, and revolution, as well as changing perceptions of gender, have paved the way for where we find ourselves (again) today.

The characters in La Brigantessa are representative of the different social classes of post-Unification Italy: the peasant girl (Gabriella Falcone) who, along with her father, works in a small, agrarian hamlet in Calabria; the parish priest (Don Simone) whose mandate is to spiritually sustain his parish; the girl’s beloved (Tonino Vitale), who answers the call of the charismatic General Giuseppe Garibaldi to join his forces to march on Rome and unite it with Italy; the rich landowner from the north (Alfonso Fantin) who, like many in his class, are taking advantage of the new Liberal government’s anti-clerical sentiments and buying up expropriated church properties; the outlaws or briganti (Brigand Chief Stefano Galante) who are rebelling against the increasing poverty and desperation of the peasants resulting from the indifferent northern government’s tax reforms; and the forces of law (Colonel Michele Russo) whose mission is to hunt down the brigands and exterminate them, a civil practice especially prevalent in a period known as “The Decade of Fire” from 1860-70, and one that is being examined under a new lens after Italy’s 150th anniversary of Unification in 2011.

In her archetypal hero’s journey, Gabriella flees her hamlet with a mentor after stabbing Fantin, faces obstacles and danger, meets allies and false allies, confronts her nemesis, and in the ensuing ordeal, comes to a new awareness and resolution.

According to Nino Ricci, author of The Origin of Species and the Lives of the Saints trilogy, “This is a beautiful novel, one that vividly recreates the heartbreak and drama of one of the most turbulent periods in Italian history.” Cristina Pepe has remarked:  “La Brigantessa has everything a great read needs . . . love, honour, class struggles, jealousy, betrayal, bravery, suspense, and even a 'modern' Calabrese Robin Hood. Each character is given a detailed, credible backstory, revealing their individual struggles and motivations. I was emotionally invested in these characters-even the nasty ones! The attention to detail regarding life and customs in 19th Century Calabria transported me right there. Pour yourself a glass of vino-red of course, sit back and enjoy.”

La Brigantessa evokes the turbulent landscape of 19th century southern Italy during and after Unification explored in Simonetta Agnello Hornby’s The Marchesa, while illuminating the dramatic passions, power struggles, and changes for the upper and lower classes depicted in Federico De Roberto’s The Viceroys. 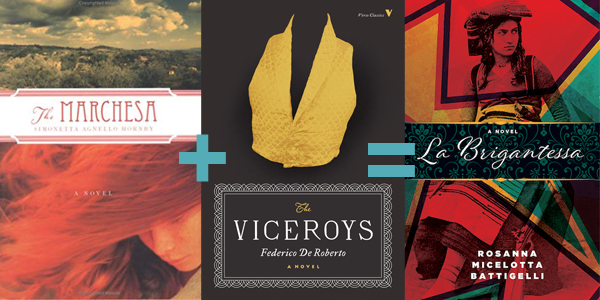 Thanks to Renée Knapp at Inanna Publications for sharing La Brigantessa with us. For more First Fiction Friday,  click here. 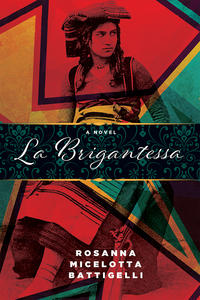 March 29, 2017
Making space on the page to read our own words: Indigenous languages and Canadian Books