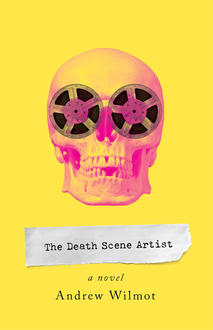 Who: Andrew Wilmot is a writer, editor, and artist living in Toronto, ON. He holds a BFA in Visual Arts (with a minor in Film and Video Studies) and a master’s degree in Publishing, both from SFU. In his day job he works as a freelance book reviewer, academic editor, and substantive and copy editor with several independent presses and publications, including the online zine Anathema: Spec from the Margins, for which he is co-editor-in-chief. By night he spends his time writing and painting large, synaesthetic canvases. Much of Andrew’s written work focuses on the intersections of art, identity, and the body, often with a healthy dose of surrealist horror. To date his work has been published in Found Press, The Singularity, Glittership, Drive In Tales, Turn to Ash, and Those Who Make Us: Canadian Creature, Myth, and Monster Stories, and he was the winner of the 2015 Friends of Merril Short Story Contest. The Death Scene Artist is his first novel.

Why you need to read this now: If you’ve ever looked at glossy photos of your favourite celebrities with perfectly coiffed hair and seamless skin who are comfortable dancing in fancy shoes and never out of place in tailored blazers and thought to yourself, I would kill to look like that, then you’ll find a kindred spirit in M_____, a Canadian transplant working as a film extra in Hollywood. This is where they first meet the eponymous death scene artist of Andrew Wilmot’s debut novel The Death Scene Artist.

The book follows M_____’s doomed relationship with D____, a deep-method actor who never spends more than a few minutes on screen unless he’s dead or dying. D____’s stubborn dedication to constantly staying in character in and M____’s body dysmorphia, a condition that results in them filling their closet with “sleeves” created from the skins of unsuspecting women, leads to a complicated relationship.

Through blog posts and script excerpts, M_____ recounts the star-crossed tale of their affair with D____ in an attempt to tell their story before succumbing to cancer. What emerges is a relationship inherently toxic. At first magic happens, as each brings to their affair sets of desires and expectations that result in a passionate whirlwind romance. But in Hollywood, nothing is as glamorous as it appears to be. Now, almost a year later, M_____ is in therapy and writing their blog, racing against time in order to understand themself, the death scene artist, and what both parties meant to each other.

The story of unrequited love, lust and a really bad boyfriend, The Death Scene Artist is a cerebral horror that focuses on the terror of living a life while questioning your right to exist and the desperate lengths one might go to in order to find meaning in a place where appearance matters more than anything.

The horror elements of Thomas Harris’ The Silence of the Lambs if Buffalo Bill was sympathetic, plus the tragic romance set in the less-than-glamorous side of Hollywood found in Lynn Crosbie’s Chicken. 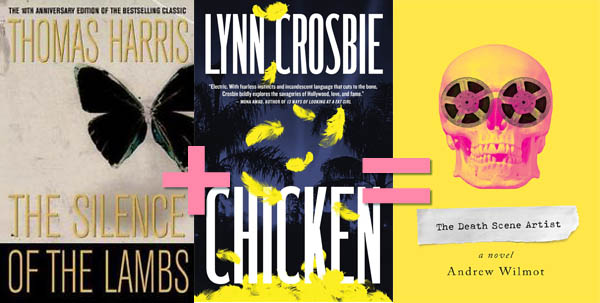 Thanks to Jen and Noelle at Wolsak and Wynn for introducing us to Andrew Wilmot's surrealist horror The Death Scene Artist, available now. For more debut fiction (delivered on a Friday), click here.

July 1, 2020
Beautiful Books: On the Curve, The Life and Art of Sybil Andrews