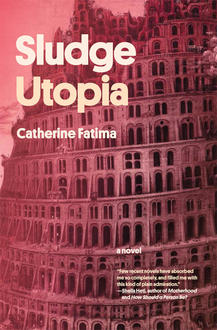 The thing to help: our #FridayReads pick  Sludge Utopia, by Catherine Fatima (Book*hug). Her auto-fictional novel about a woman trying to fulfill her sexual desires amid these raw truths is eye-opening (and has Sheila Heti as a fan!).

Catherine Fatima is a writer who was born, raised and currently lives in Toronto. Sludge Utopia is her first book.

For all of the progress we've made, and partly thanks to the advent of social media, women are constantly publicly criticized and maligned for expressing their sexuality and desires. Enter Catherine Fatima's powerfully intimate debut novel, Sludge Utopia. In it, a young woman tries to discover meaning through desire, but, after a string of sexual partners and encounters in myriad locations all over North America and Europe, the only meaning she has come across is that desire is devoid of it.

Fatima's novel is auto-fictional, meaning that she is the main character and that some of her real-life experiences inform the story – a brave position to take in these times, when internet misogynists look to attack any woman unafraid of expressing herself as a sexual being. Fatima addresses this misogyny in her book: the character Catherine is forced to reckon with the hate she's internalized as she moves from one relationship to the next. This is truly a novel of these times: late capitalism also taints Catherine's sexual experiences and influences her desires. Despite all of this, she presses on with a curiosity that is all-encompassing.

Fellow auto-fiction writer Sheila Heti writes that Sludge Utopia "leaves me feeling as though I had discovered a female, 21st century Henry Miller (if Henry Miller had been even smarter!) for all its unfiltered engagement in the raw and the real."

Sludge Utopia is a kind of Catherine Millet meets Roland Barthes baring of life, with hints of the work of Chris Kraus.

Thanks to Jay and Hazel Millar from Book*hug for sharing  Sludge Utopia with us. For more debut fiction, click here. 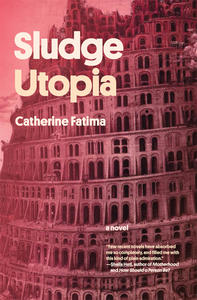 February 26, 2015 by Andrew Forbes
Under the Cover: Janet Merlo Shares Her Motivations for Writing 'No One To Tell'